What a story from Steve Smith Sr. He is easily one of my favorite players to ever play, not only because he was a great WR, but also because he is an elite trash talker who instilled the fear of god into anyone who got in his way. 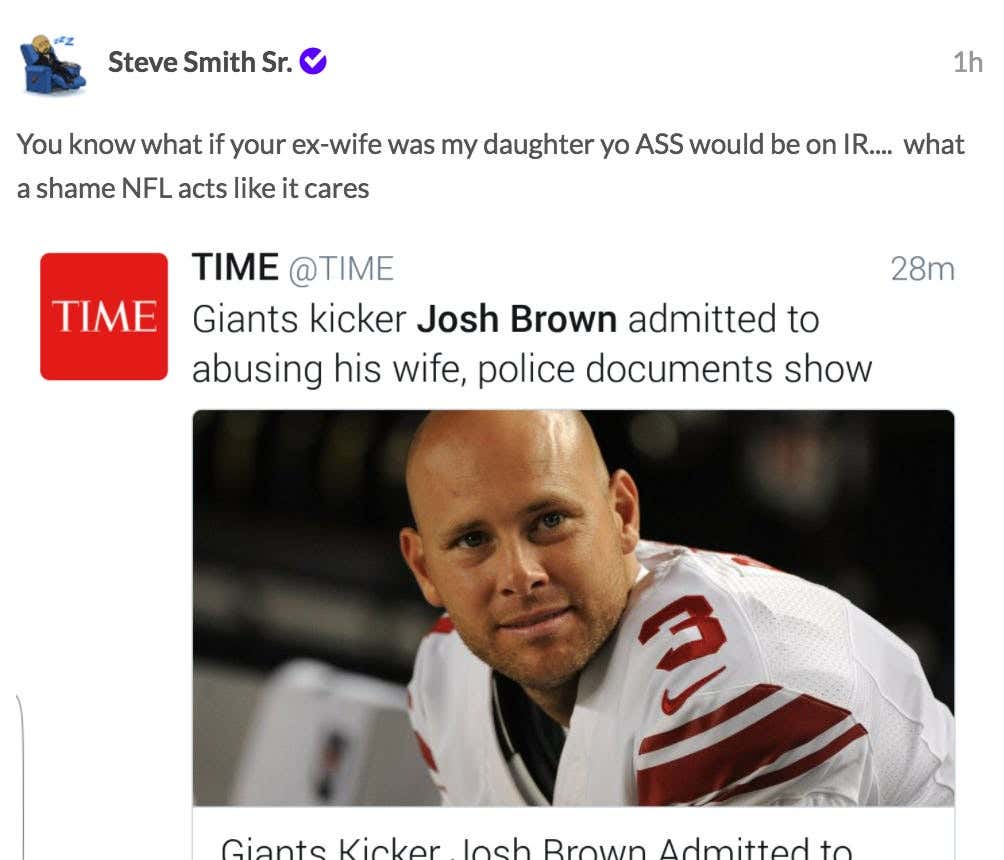 SSS is listed at 5'9 but carries himself like he's 6'10. Not that 5'9 is short by any means, it's a perfectly respectable height that anyone should be proud of. But even as a smaller NFL player, he was never scared to fight or trash talk anyone at all. The entire league was on his list, and they knew it.

Now in retirement he's still the king of clips. I'd want him on the sidelines coaching the WFT WRs immediately.

DJ Moore was a statue. He had no idea what to say. This clip should get way more run, it's one of the best.