We all know what Tyler Herro did last night. The dude had one of the greatest playoff games from an individual standpoint we've seen. Dropping 37 as a 20-year old rookie is no joke. And if you mention that the Heat were -4 with him on the floor kindly fuck off and don't ever talk basketball. Thank you. But this blog is about the real behind the scenes story.

Some are saying she's the reason for the Heat's success, something she'll proudly claim 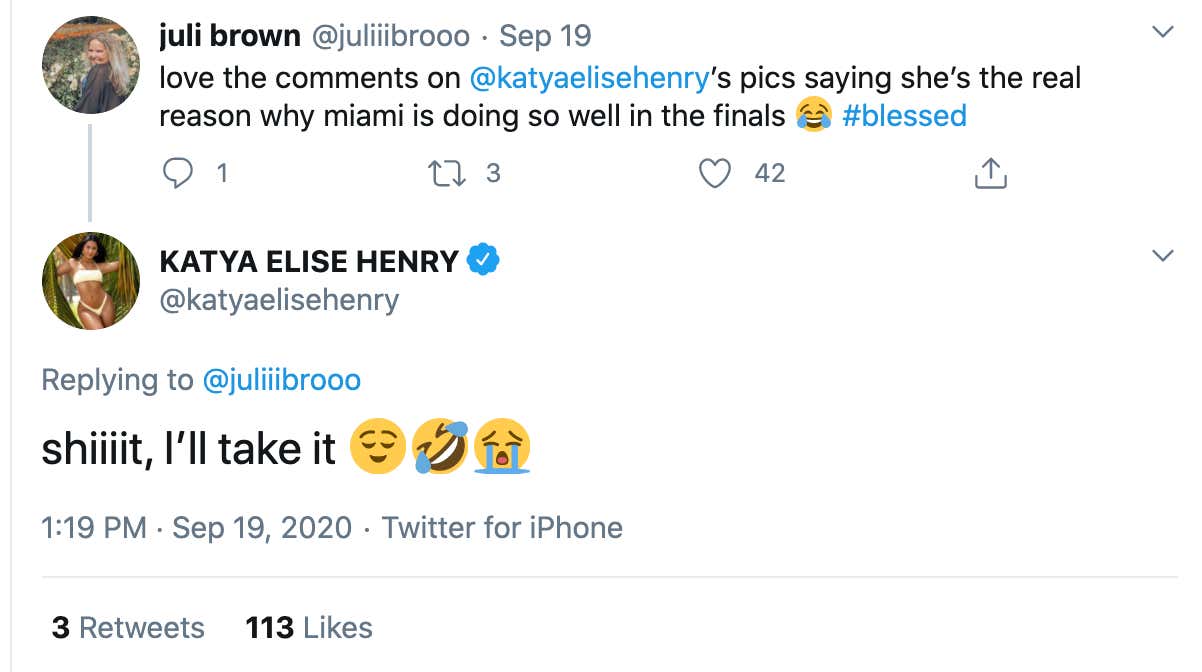 It's been a hell of a story for Herro and Katya too, who started hanging out during quarantine before she got the invite to the bubble:

But let's get back to the tweet from last night here. You don't put out a gif like that unless you're doing some serious fucking in that hotel room. I have no idea how Tyler Herro would even have the energy quite honestly. I get that he's 20 and a professional athlete, but my man just played 36 minutes of basketball in the Eastern Conference Finals. But again, a simple gif of Rihanna lets you know what you're in store for. There's a 100% chance that gif was sent via text to Herro with some other stuff too. No doubt about it.

Oh and just a reminder this is Katya Elise Henry

What a night for Tyler Herro.