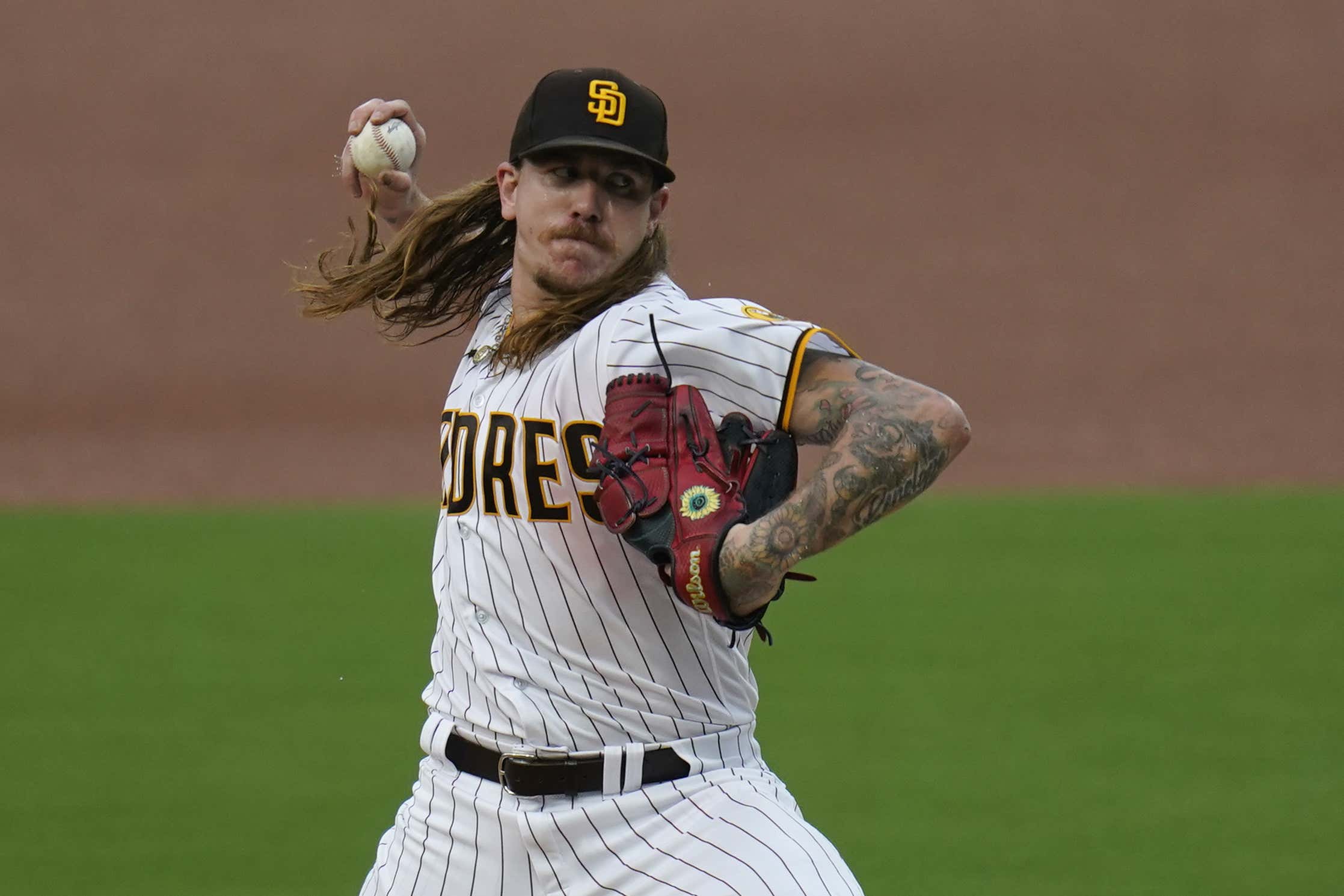 Mike Clevinger was scheduled to face the Angels today in his final tuneup before the San Diego Padres' postseason got going next week. This was important considering he hadn't thrown since September 13th after being scratched from his previous start last Saturday with bicep tightness. The scratch was certainly cause for concern, but after making it through a bullpen on Monday with zero issues you'd think it was a non-issue. Clevinger started today's game and struck out David Fletcher and Mike Trout in a clean 1-2-3 12 pitch inning.

Well, when the Padres came up to hit in the bottom of the 1st, San Diego already had someone throwing out in the pen. Fucking nightmare. The Padres broadcast speculated that this was maybe a planned exit to test him out. I appreciate the creativity there, but that wouldn't make any sense, especially since he threw a clean bullpen Monday and hadn't thrown in a real game in 10 days. No shot this was planned, and that was confirmed a half inning later. They're still waiting to hear what the issue was, but you'd have to imagine it had to do with his biceps.

With the NL playoffs exactly one week away, the Padres rotational plans just had a giant wrench thrown in it. Obviously you still have Chris Paddock and Dinelson Lamet as other options for Game 1, but Clevinger was probably your guy right? Listen I hope he's okay, but this doesn't sound great at all. You're either going to be without Clev for that series (likely), or have a guy pitching who hasn't had a real start in over two weeks. This sucks. I love watching Clevinger pitch and I really wanted to see him take the ball in the Wild Card series for San Diego, especially considering he was the big trade deadline acquisition this year. Here's to hoping everything works out because I really want to see San Diego make a deep run.

P.S. Fuck the Indians for trading big arms right before they're about to get hurt.