Table Tennis is back! After nearly a month away from the table, six high quality competitors march their way into the Triple S for Ping Pong supremacy. And the best part about it? It'll be done in PRIME TIME! (sort of). We will lead you up to Dolphins-Jaguars on Thursday Night Football with a 6 PM start time on Twitter, Facebook, YouTube, and here on the blog. It's Rivalry Week inside Stool Streams Stadium, so let's break down all three rematches set for this evening:

Storylines to Know: Stool Streams Creator vs. Stool Streams Broadcaster. Instead of running things in the production truck or voicing over big points, the two of us will be under the bright lights of the Triple S with nobody to rely on but ourselves.

Quotes to Remember: "He'll wish he had an injury to use as an excuse tomorrow." - Hank

"To be honest, the most important factor for me tomorrow is that we have a great broadcast overall. Me beating him is just as important as me staying prepared to do a good job broadcasting the other two matches." - Jake

Analysis: I am excited to be back on the table tonight. I know Hank really wants to take me down, and in order to do that, he'll need a mix of me making more errors than usual and him not beating himself up over a few missed points. Should be a fun one. 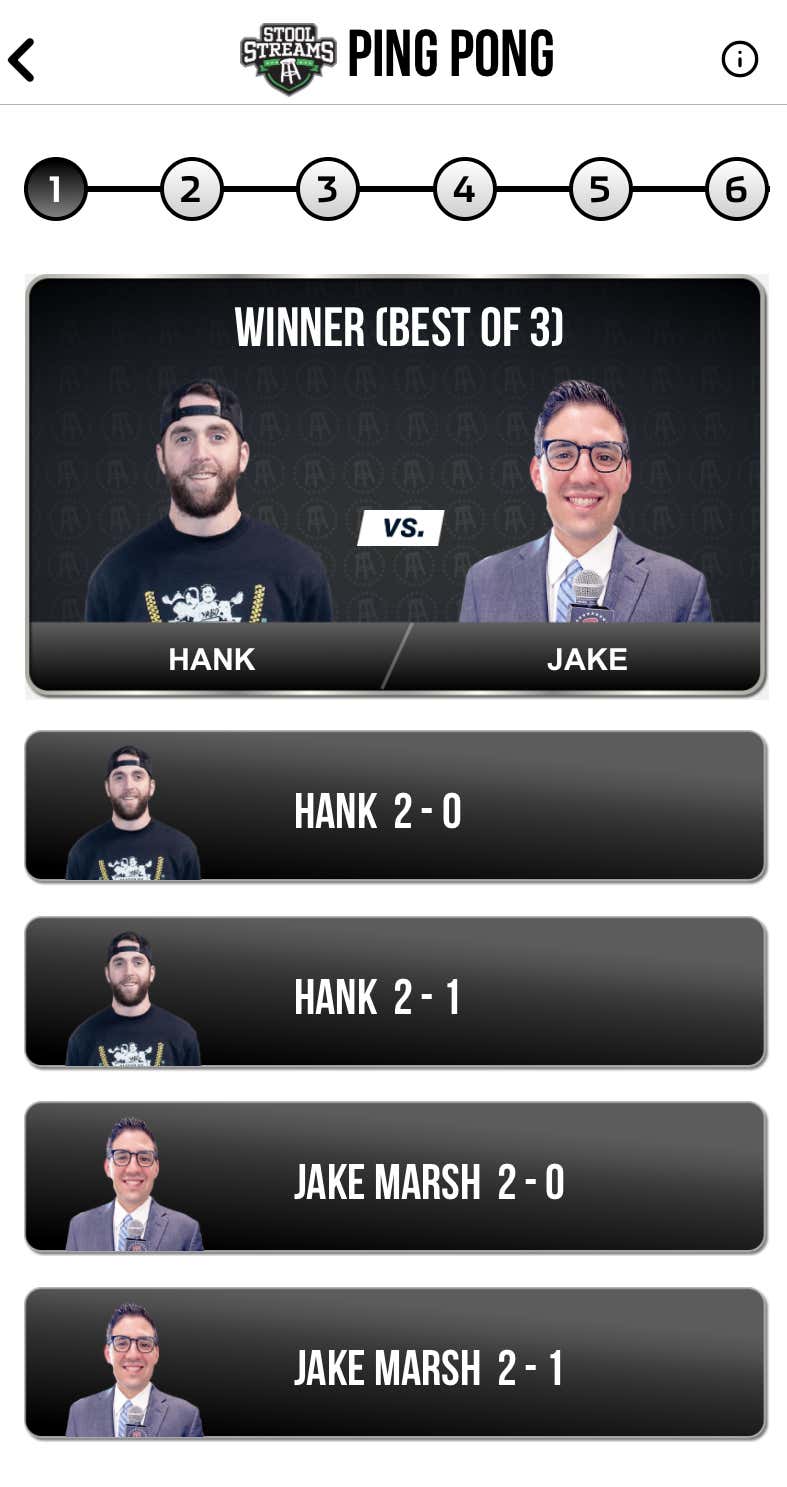 Storylines to Know: Will we get another thriller? When these two faced off more than a month ago, it was the best Table Tennis match we have had so far. Hubbs blew a 20-17 in Set 1 and a 10-2 lead in Set 3.

Quotes to Remember: "I need to step on his [Frankie's] throat next time. Can't let him off the hook." - Hubbs

Analysis: This one will be all about each player's mental game. There is evidence of both of them cracking before. So, whoever stays positive the longest will most likely come out on top. 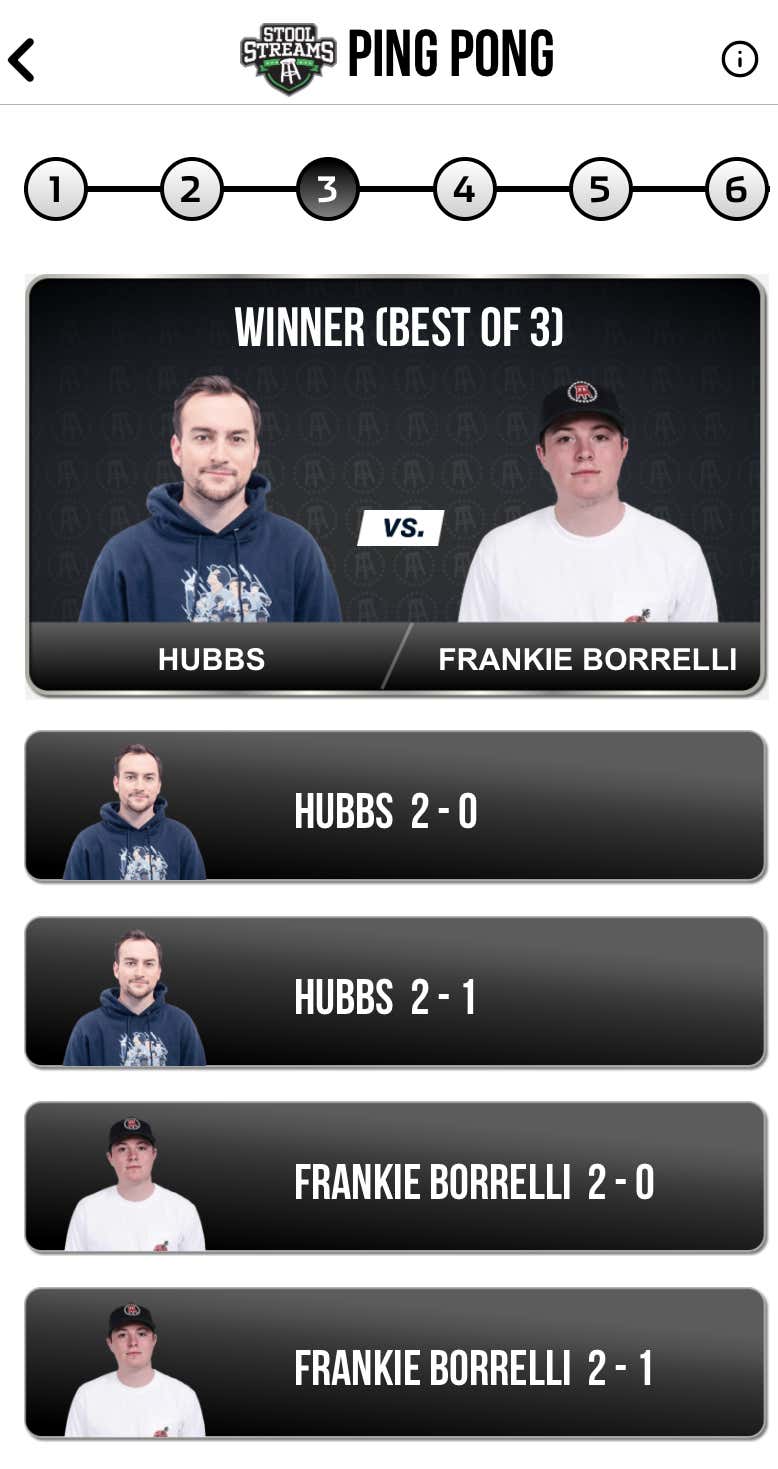 Storylines to Know: Battle of the Specs! Hank claims he will match Mr. Commenter's sunglasses indoors for the duration of the match. Will this play a factor?

Quotes to Remember: "PFT has been calling me out pretty much every chance, I'm excited to shut him up." - Hank

"I've played Hank on live streams more than anyone else, but I think he's getting cocky. He says he's going to wear sunglasses in the match, I don't if he's prepared to do that. He inherited the darkness, I was born into it." - PFT

Analysis: I'm expecting another thriller for the longest lasting rivalry in the office. This one is going to depend on how quick Hank is able to adjust to the sunglasses effect. We know Mr. Commenter is used to it, but if Hank can readjust quickly, he should be in good shape. 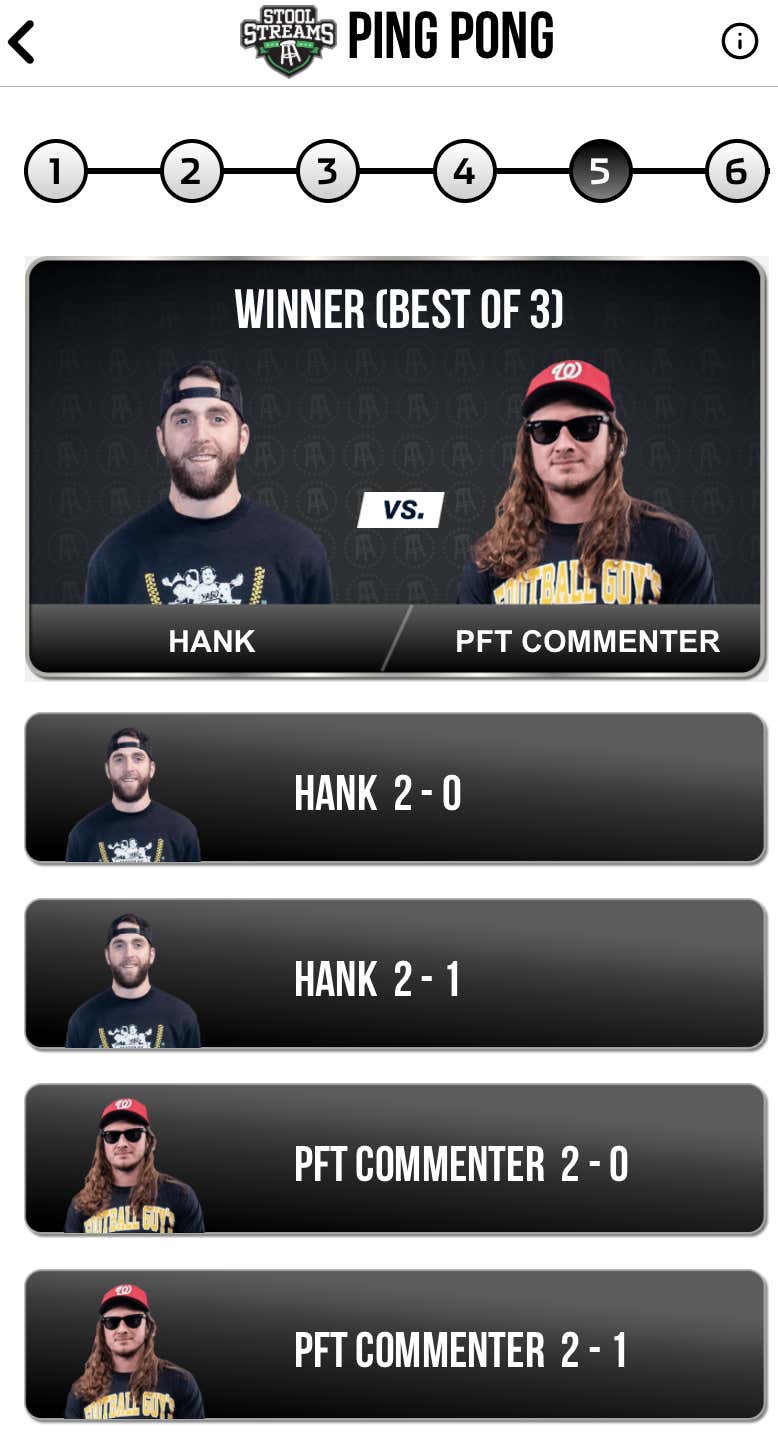 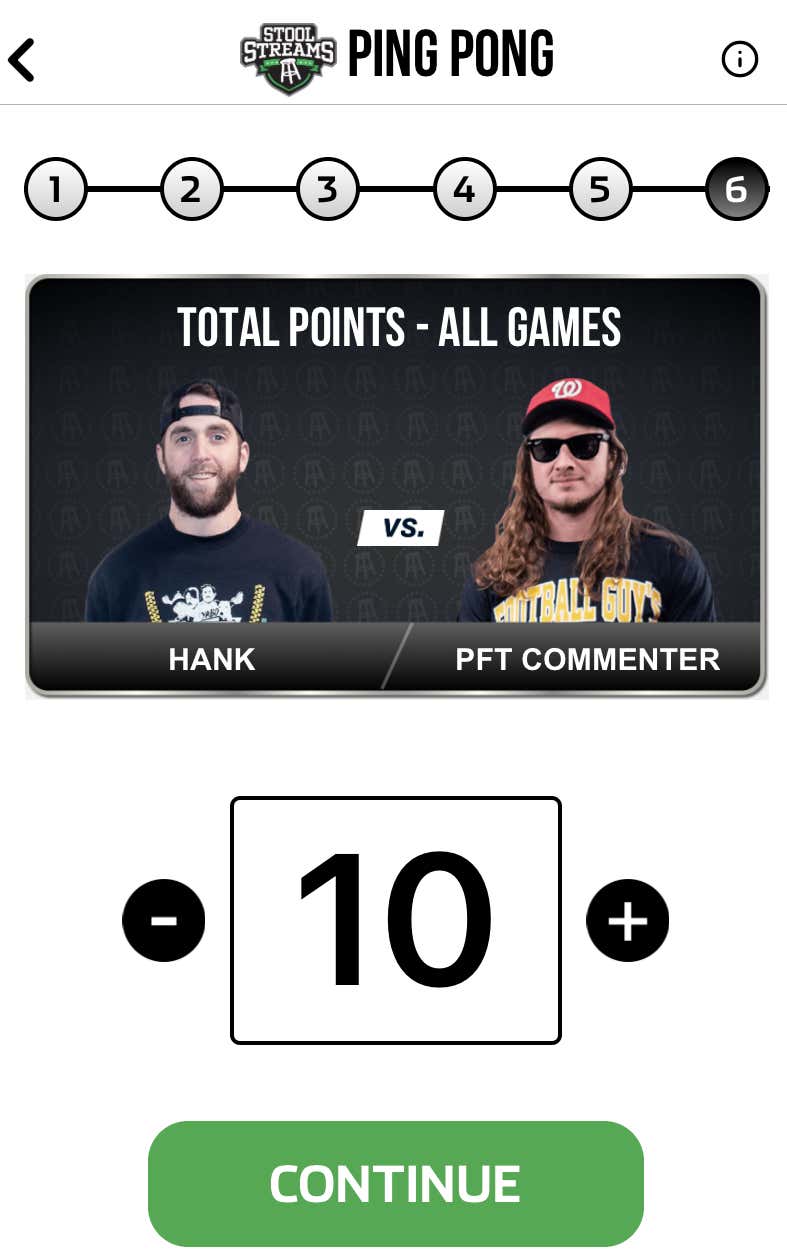 We are live inside the Triple S starting at 6 PM on Twitter, Facebook, YouTube, and here on the blog. Jeff D. Lowe will be filling in for me during the first match with Rone, and then it'll be Rone and myself the rest of the way. Remember, the Progressive Jackpot is a record $2,000 and could be yours! Make your picks!