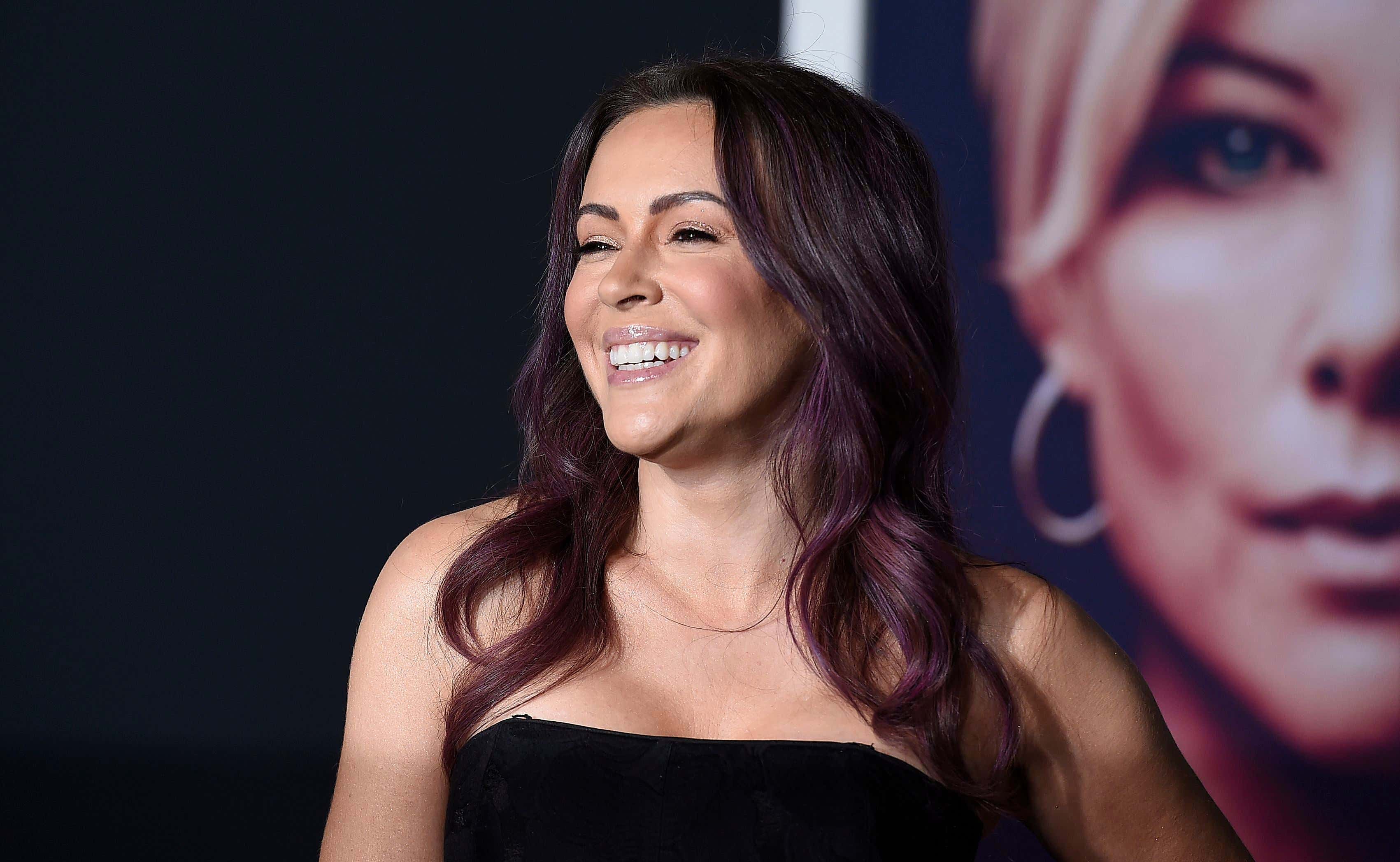 Daily Mail - Actress and 'Defund the police' activist Alyssa Milano was quick to call cops when she believed an armed gunman was on her Bell Canyon property on Sunday morning.

The call ignited a response that included seven Ventura County Sheriffs' vehicles, one K-9 unit, a police helicopter and one Los Angeles Fire Department team that sat down the street on standby.

DailyMail.com has obtained exclusive photos showing the first responders coming to the aid of the 47-year-old at her five bed, six bath, 8,000 square foot, $2.5 million home in the upscale gated community that sits just 20 minutes north of Los Angeles.

A neighbor tells DailyMail.com, 'We first noticed the helicopter circling overhead very low and knew something was going on, it's usually such a quiet community. Then we saw all the police cars parked in front of Alyssa's home. They had their guns at the ready and seemed very serious.' …

They allegedly told the emergency hotline the sound 'scared their dogs' and made them feel like the gunman was nearby.

A description was given of a suspect to the officers who was 'male, 40-years old, with long rifle'. …

The 'Nextdoor' neighborhood app was rife with concerns.

'Just drove by about 12 armed officers on Bell Canyon Road,' one resident wrote, 'They are responding to a call reporting a man with a gun in the neighborhood!! This was also the cause of the helicopter. Stay inside, stay safe!' …

The search by air and street level lasted over three hours and ended abruptly at 12.20pm.

'It turned out it was a neighborhood teen with an air gun shooting at squirrels,' a resident told the DailyMail.com.

The male teenager witnessed the emergency response and later realized he was the cause and turned himself in.

Here's where this gets just a teensy bit awkward: 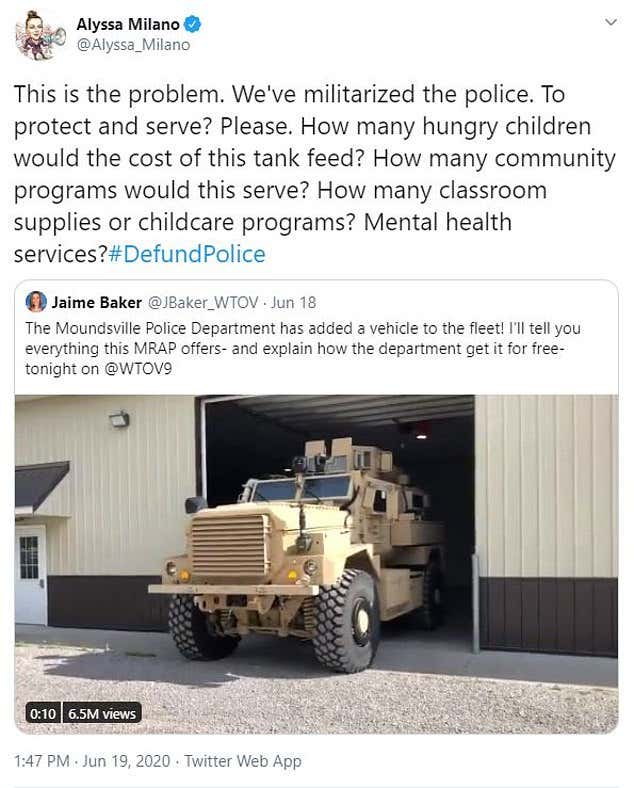 Effective, rational, responsible police reform is one of the most important issues of our time. It's essential that all sides of the matter are heard from and their positions are given careful consideration, from law enforcement themselves to the people who genuinely advocate for defunding the police. Because the matter is that vital to our future and that complicated.

You know what is not complicated? Calling the police to your $2.5 million mansion after saying you don't want there to be police any more. That seems pretty straightforward to me. Do you know how many hungry children you could feed, how many community programs you could serve, how many classroom supplies or childcare programs or or mental health services Los Angeles could afford for the cost of seven SUVs, a K-9 unit a helicopter and a fire truck, paying everyone involved three hours of overtime? I don't know, either. But I bet it would be gobs and gobs of them.

Here's the the thing I don't have a problem with: Calling for help over a kid with an air rifle hunting squirrels. If I saw that out back of my property, I wouldn't know what to do either. I wouldn't be able to tell the damned difference between a teenager looking for nutrats to shoot BBs at and a crazed loner going all mass shooter on the neighborhood. I mean, who goes squirrel hunting 2020? What is this, "Old Yeller?" Was the kid wearing a coonskin cap and Toughskins? I'd be dialing 911 before I drew another breath and we can sort out the details when he's in the back of the cruiser. But then I'm not calling for the police budget to be eliminated. And the reason I want them around is exactly for moments like this.

Reform? Of course. Let's talk and figure out the best way forward. Defund? Then who are you going to call when there's an unidentified gunman walking around in your gated community? Social workers? Tony Danza? Ghostbusters? Try clicking on that "Nextdoor" neighborhood app for help and see how many highly trained professionals show up with weapons, German shepherds and helicopters ready to stop a bullet for you.

You're entitled to your opinions on public policy and budgeting, Alyssa. Just have the conviction to stand by your opinions. For instance, I hate Nazis. (An unpopular opinion perhaps, but I stand behind it and deal with the consequences.) So if I found myself in a tight spot, I'd handle it myself before I'd ever call those goosestepping monsters for help. Whether it was to stop a gun-toting weirdo on my street or to help me with the Anschluss of Austria. I simply wouldn't give the brown-shirted virgins the satisfaction. I'd rather take matters into my own hands and be able to look myself in the mirror the next day.

Blatant hypocrisy from celebrities who live a sheltered existence of constantly getting their asses kissed but who think they understand how the world works better than anyone is nothing new. I just wish they'd stop making it so easy to make fun of them for it.