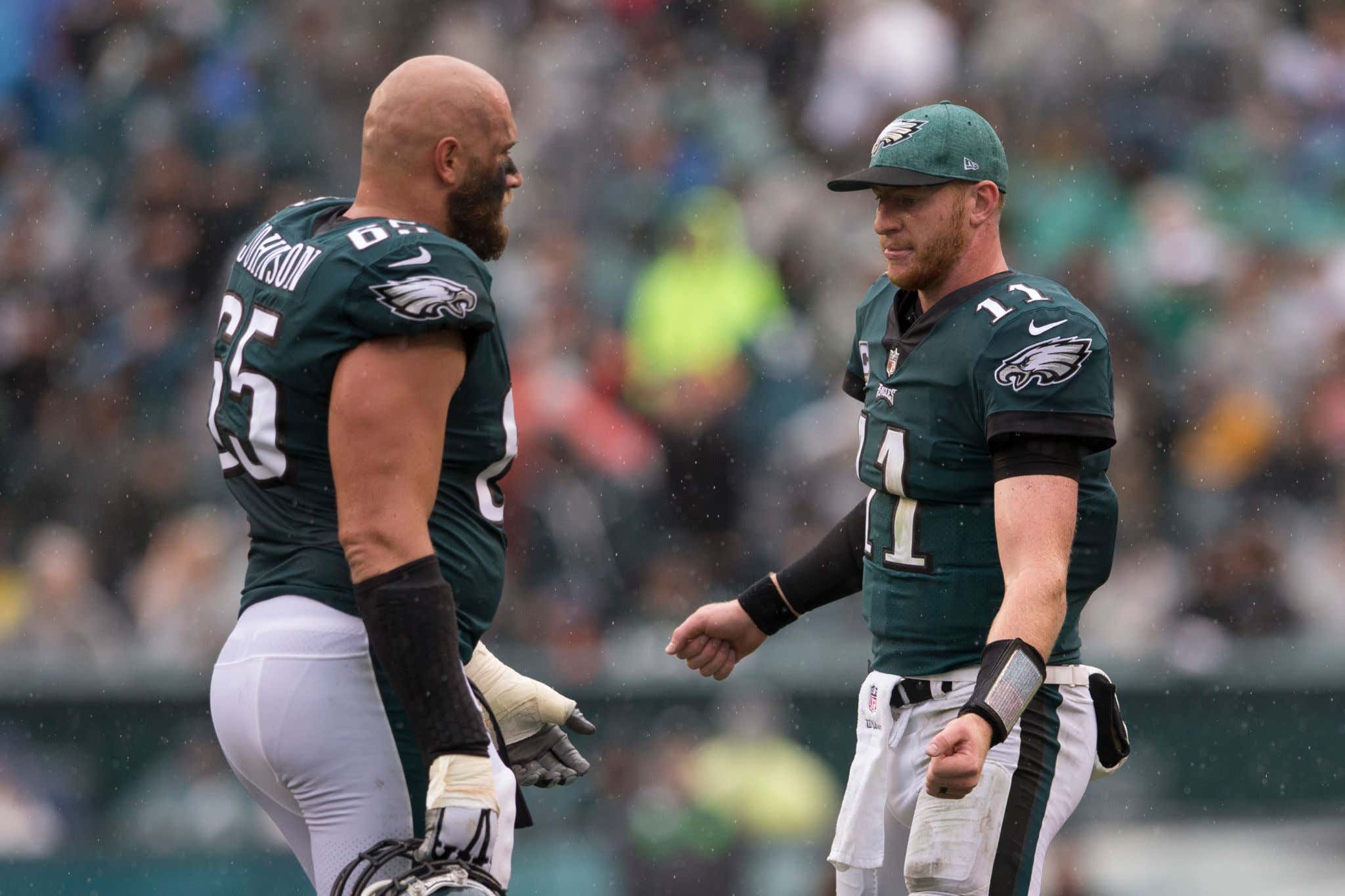 So if you've been trying to figure out just what in the heck has been going on with Carson Wentz and all those interceptions over these first 2 weeks of the season, we now have our answer. Dude's eyes are drier than a well-done filet. No shit he doesn't know where he's throwing the ball. His ojos are like the Sahara.

It's important to blink, folks. Every time you blink, you moisturize your eyes with a necessary mucus that not only prevents them from drying out. Not only that, however, but blinking also gives your brain an insanely quick mental break. But it's also relative to how insanely fast your brain operates, so the millisecond it takes you to blink is actually a pretty necessary pause for your brain. If you don't blink, your brain is never getting that break. Your eyes are constantly taking in stimuli that your brain needs to process through, and you're not even letting your brain take a swig of water. Eventually your brain is going to shut down on you. Which also appears to be a major issue for Carson right now because this dude is making some of the most idiotic mistakes of his career right now.

Basically what I'm saying is that Carson Wentz is still very much an elite quarterback in this league. This issue is just that he refuses to blink. And that is damaging his eye sight, as well as putting too much pressure on his brain. The moment that Carson starts to blink again, the Birds will be back on track and he'll be back to his MVP contender ways. Good thing we have Lane Johnson here to bring attention to this issue.