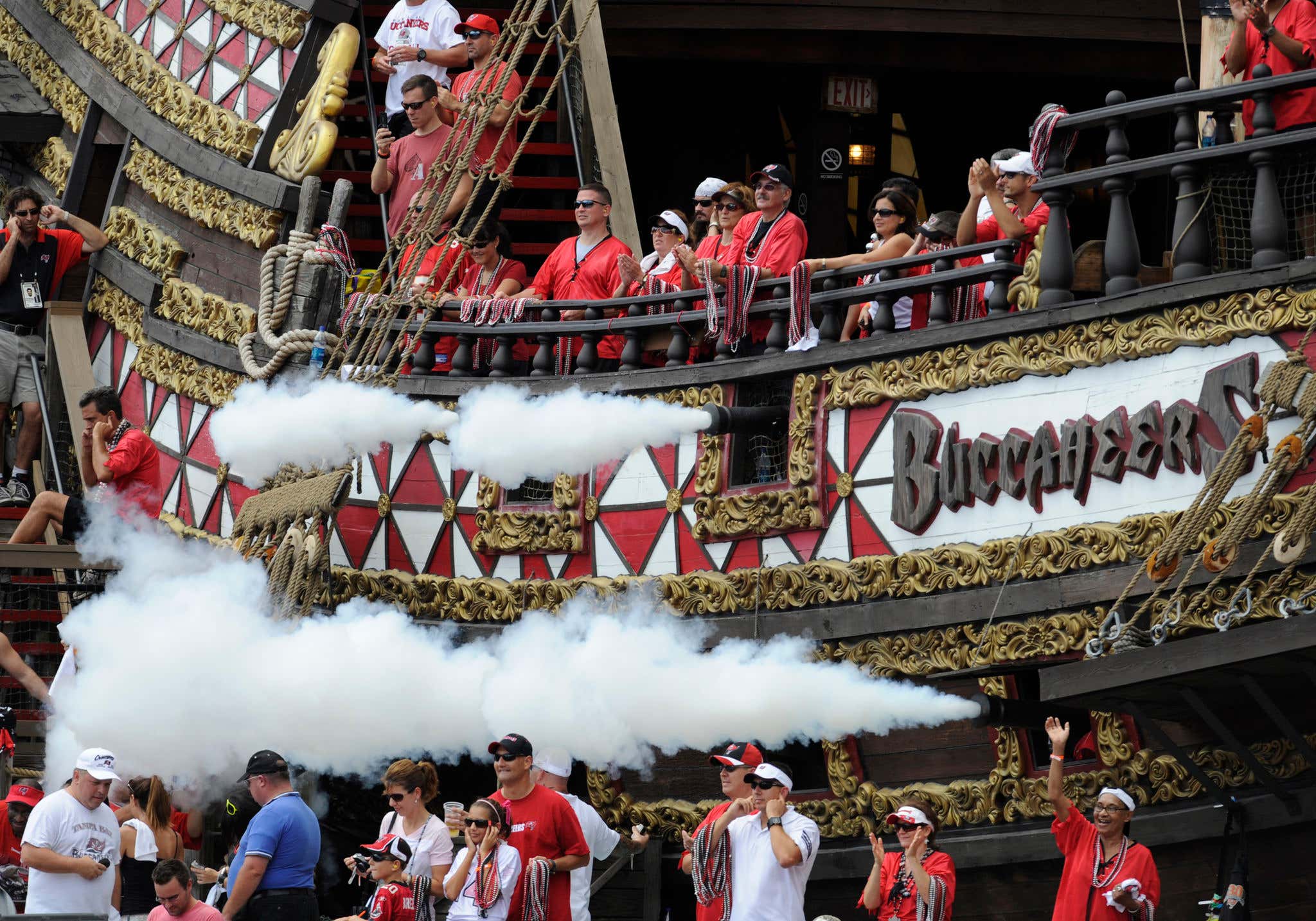 Pro Football Talk - Most NFL stadiums have been empty this season, and those with fans at all are operating at significantly reduced capacities. The NFL isn’t sure whether that will still be the case on Super Bowl Sunday.

NFL event planners toured Raymond James Stadium this morning as part of the preparations for the Super Bowl and told Rick Stroud of the Tampa Bay Times they’re hoping for a sellout crowd but also preparing for possibilities including a Super Bowl in an empty stadium.

“Well, we certainly have to prepare for that,” said Jonathan Barker, head of live events and production for the NFL. “Our hope is going to be to fill this stadium with fans. That’s our hope. But the smart thing to do is to prepare just in case. If we find ourselves on February 7 where we’re in different scenario, we’re going to just make sure we’re ready for that.”

Well this issue was going to come up some time or another, so I'm glad the NFL is talking about it openly and being transparent about it. I don't think any of us know what the future of sports looks like next week, nevermind come February for the Super Bowl. Everything is all over the place. Some teams allowing 6,500 fans, some 10,000, some none at all. College games are still being canceled because too many kids are testing positive for COVID, which is not what we want. And say 2 weeks from now there is a large spike in cases in Dallas or Kansas City, two cities that allowed fans in, we will be back to square 1 all over again.

The best case is obviously a vaccine. Oh and shout out to future blogs showing anti-vaxers protesting this vaccine. People suck!!!! But a vaccine would help get us back into stadiums and arenas much quicker. You gotta remember there are still thousands of new cases every day, and a high number of deaths. We still haven't done the best job controlling this fucking thing. Sorta annoying, I don't care what side of the aisle you're on, the numbers are bad. And so the last thing the NFL wants is for the Super Bowl, their most important game of the year, to cause thousands of people to get sick. And yes, we know death rates are super low for the virus, but I would imagine 1 death is 1 death too many if you're Roger Goodell and the NFL. I don't know what your personal inflection point is when it comes to number of dead people, but the NFL would like to keep theirs to zero I would imagine.

If I had to guess, I would say there will be fans in the stadium for the Super Bowl. Sold out? I….I can't decide what I'd even guess. It'd actually be an interesting prop on the Barstool Sportsbook, I'd take even money either way at this point. I guess it all depends on how the numbers and trends go over the next few months. If there's a spike in the fall and winter or if we get rid of the virus at a quicker rate.

And most importantly, who is the halftime show this year? For some reason the first name I thought of was…Post Malone. I don't know why. But that's my totally out of left field guess. Probably joined by Dave Grohl or something. You know what, let's do that. Post Malone and Foo Fighters. And they cover Nirvana together. Damn.