From Richard Wood at 9 News:

The famous Titanic disaster may have been triggered by the Northern Lights - glowing auroras - that appeared on the night of the liner's sinking, according to new research.

My immediate thought after that first sentence before reading on was, "Oh, sheesh. So maybe the captain wanted to get closer to the Northern Lights to show his passengers but went too far off track, or he was looking up at the sky along with everyone else and got distracted."

This is why I'm not a big J journo…. 'cause it was definitely more of a 'science' thing.

A geomagnetic storm behind the lights could have disrupted the RMS Titanic's navigation systems and wireless signals when it sank after hitting an iceberg on April 14, 1912.

Mila Zinkova, an independent weather researcher, said eyewitness accounts from the fateful night described aurora glows over the region of the North Atlantic where the Titanic went down.

She said the geomagnetic storm might have been strong enough to affect the navigation system of the liner, which was sailing on its maiden voyage.

So navigation may have been thrown askew before the iceberg, and then SOS signals between the then wounded Titanic and nearby vessels might have been blocked by the magnetic storm… If that's the case over 1,500 souls are at the bottom of the sea because of signals from the skies (and ok, maybe also because of a slight lack of life boats & safety precautions).

Even today the massive solar storms that cause Northern Lights are known to screw up our cell phones & GPS signals in affected areas, as shown by this NASA 'space weather' diagram that I still don't fully understand ha ha. (The video beneath that is more my speed.) 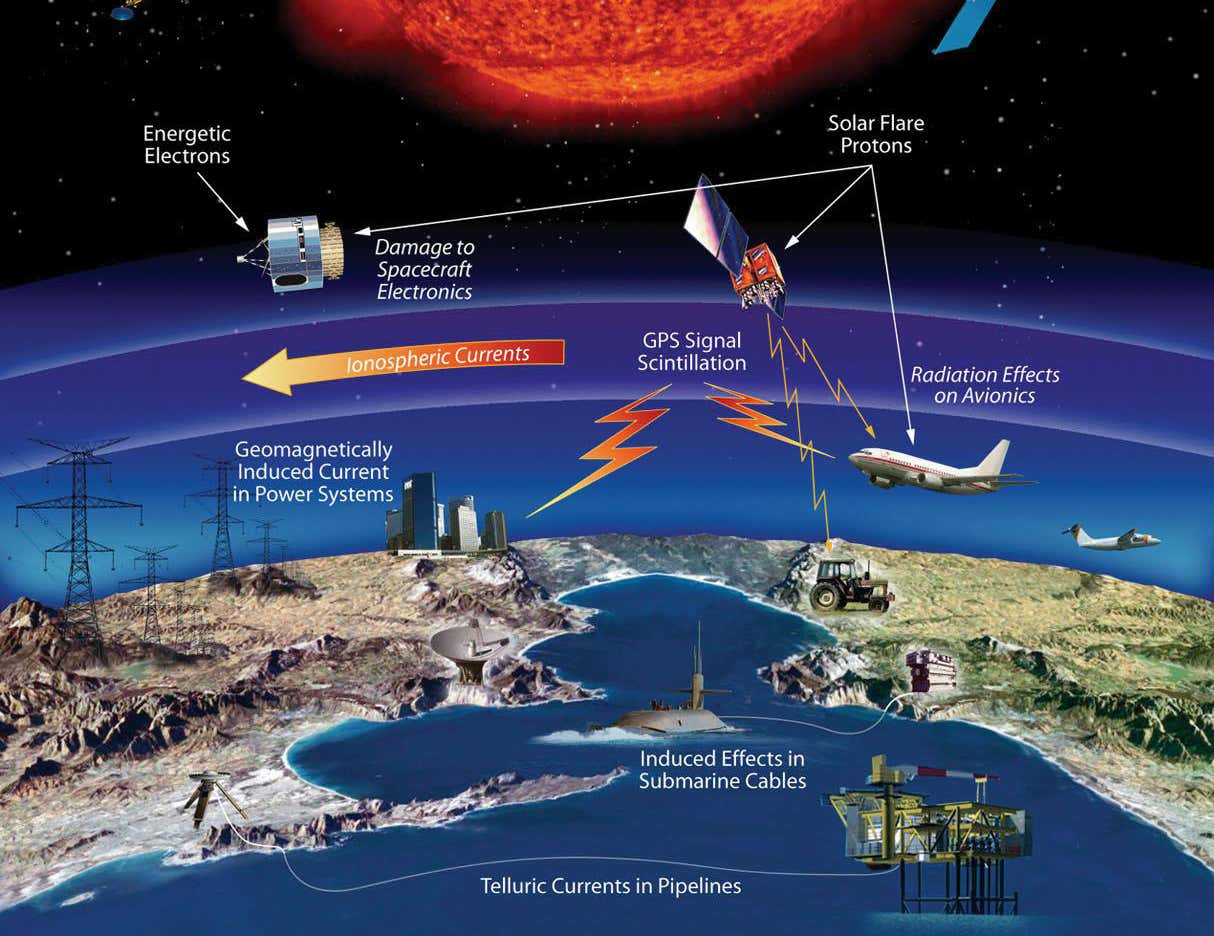 Among the people who observed the Northern Lights that night was James Bissett, an officer from the RMS Carpathia, a steamer that rescued survivors.

He wrote in his log on the night of the Titanic disaster: "There was no moon, but the aurora borealis glimmered like moonbeams shooting up from the northern horizon."

There's all sorts of theories about the Titanic disaster… Other news stories say record tides, ocean mirages & a coal fire on board accelerated the sinking & delayed rescues. Conspiracy theories say there was a German U-Boat torpedo, not an iceberg, that the voyage was cursed by a mummy, etc…

I'd say of all I've read the Northern Lights is on the more plausible side. Interested to see what further research turns up.

If you're smarter than me & want to read more about it, the full study is published by Mila Zinkova in the journal Weather, by the Royal Meteorological Society.