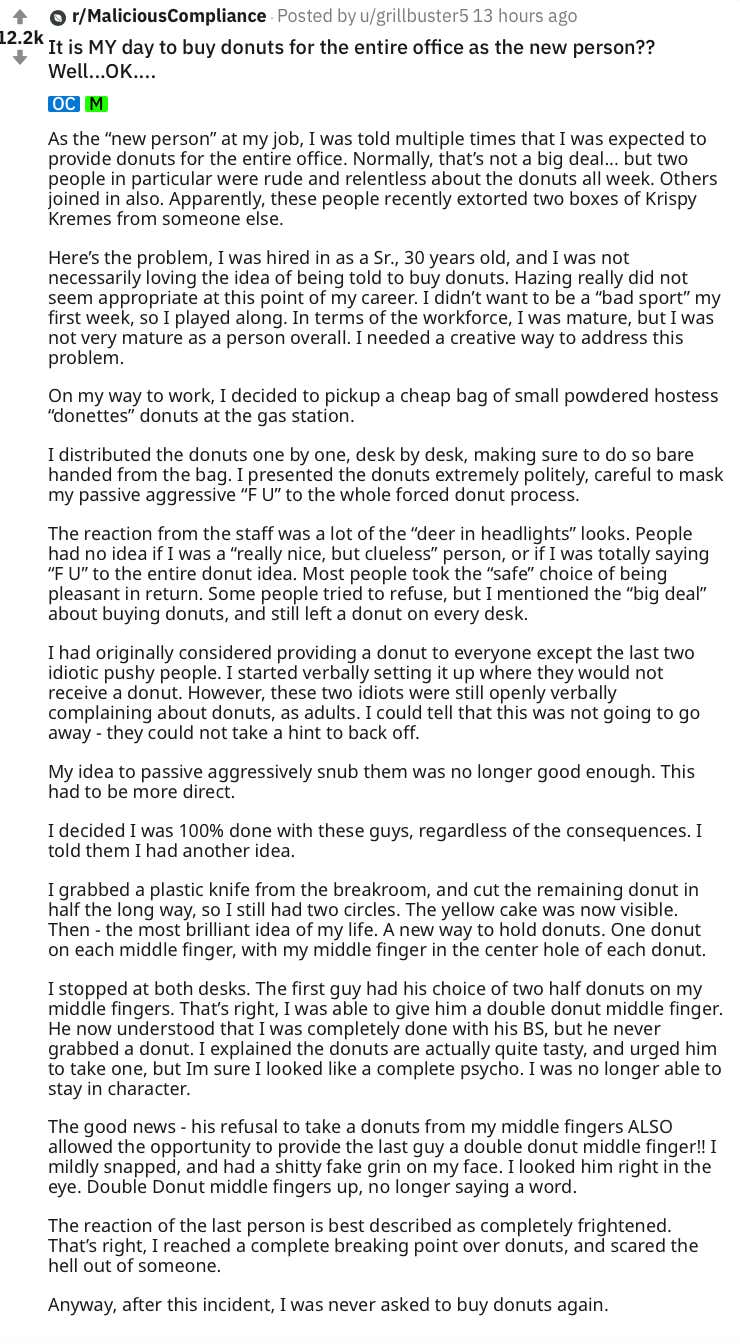 Working at Barstool is quite an interesting first "office job" experience, because it's obviously so different than most offices. I hope I never have to work in an office where things like buying doughnuts for the entire office are expected, because I reckon I would act about like this guy did, if not possibly even go a step further.

This Reddit poster started a new job and was supposedly expected to purchase doughnuts for the whole office, particularly reminded of this fact by two people. So this guy did what a person of a similar disposition to me would do and went and bought a bag of Hostess Donettes — a criminally underrated gas station snack, if we're being honest — and distributed one pre-packaged doughnut to each employee. Until he got to the two aforementioned guys, where he pulled out all the stops.

He cut one doughnut through the middle and put a ring on each of his middle fingers and gave a double doughnut bird to each of his co-workers. Simply fantastic.

I respect the hell out of this guy for not putting up with any "new guy in the office" bullshit. And as he said, he was never asked to buy doughnuts again. He won.

If you want a doughnut so bad, go get one for yourself. I actually aspire one day to be able to pull a power move like this guy. What a way to stick it to the man.