Source - Here's why getting out of your car in a traffic incident should be limited to seeing if the other party's okay -- anything beyond that and you might find yourself fending off a baseball bat!!

Check out this wild brawl that recently went down in Vegas near the Palace Station Hotel and Casino -- where a couple of young'ns faced off with an older trio ... which ended with the latter taking out potentially lethal weapons and using 'em on the fly.

Well there you have it. The four biggest pieces of trash in Las Vegas, caught on camera, beating the shit out of each other in the middle of the street. It doesn't get much scummier than that. According to TMZ no one knows what started the fight, but this guy sure as hell finished it when he took out a BASEBALL BAT and connected no less than ten times with everyone around him... 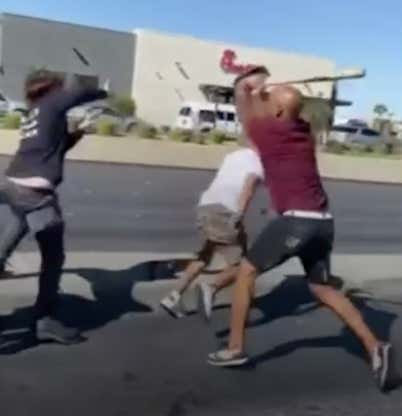 Imagine being so blind with rage you hit someone with a bat? Insane. I feel like in order to do that your brain has to have stopped developing in like third grade.

There was a lot going on in that clip, but my favorite part of the video is the guy at the 1:16 mark who asks the dude filming for the video… 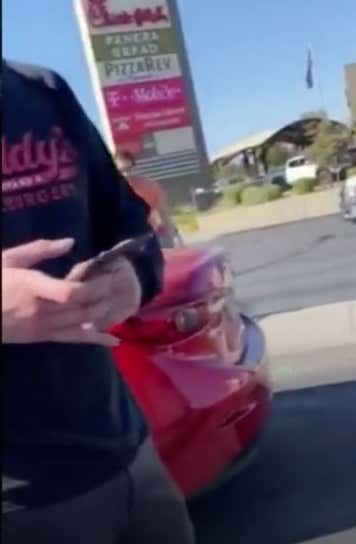 They were just pumped to be sharing content. I've said it before and I'll say it again, if you're in a confrontation behind the wheel, never get out of the car. Nothing good ever comes out of taking it to the street. These guy's are a prime example. I wish them nothing but the worst.