As the playoffs are winding down, we have some time to reflect on how crazy the past few months have been. From the NHL getting shut down, to it starting back up, this season has been the craziest season the NHL has ever seen. The craziest part of the season? Noted "players podcast" host Paul Bissonnette just completely sewering Johnny Hockey, starting rumors that he was returning to the bubble as a fat boy. He even went as far to send the picture below to the Calgary Herald, hoping to cash in on a front page pay day. 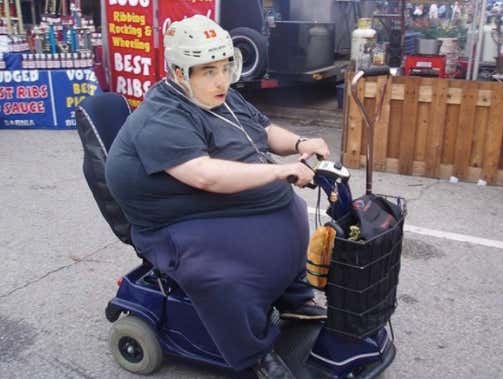