Source - It's undeniably good sportsmanship -- a triathlon runner stopped running and let a competitor beat him --  but in the world of sports, is it too much?

British athlete James Teagle was oh-so-close to placing third in the 2020 Santander Triathlon in Spain. Thing is ... about 100 yards before reaching the finish line, Teagle became confused and ran the wrong way, toward the cheering crowd.

Enter Spanish triathlete Diego Mentrida, who had been behind Teagle for much of the race.  Mentrida passed Teagle, but before reaching the finish line, he suddenly stopped and let Teagle -- who regained his bearings -- pass him to place third.

After the race, Mentrida said, "He deserved it. This is something my parents and my club taught me since I was a child. My view is it should be a normal thing to do." The winner of the race, Javier Gomez Noya, called Mentrida's move "the best in history."

Look I'm not here to take away from the good deed done by Diego Mentrida...but I feel like I'm taking crazy pills here. You're 100 yards away from completing a triathlon, God gifts you by bestowing your competitor with a sudden bout of confusion, and you let him win?!? How is that even a thought in your brain. The second he saw him run into that barrior he should've hit the gas... 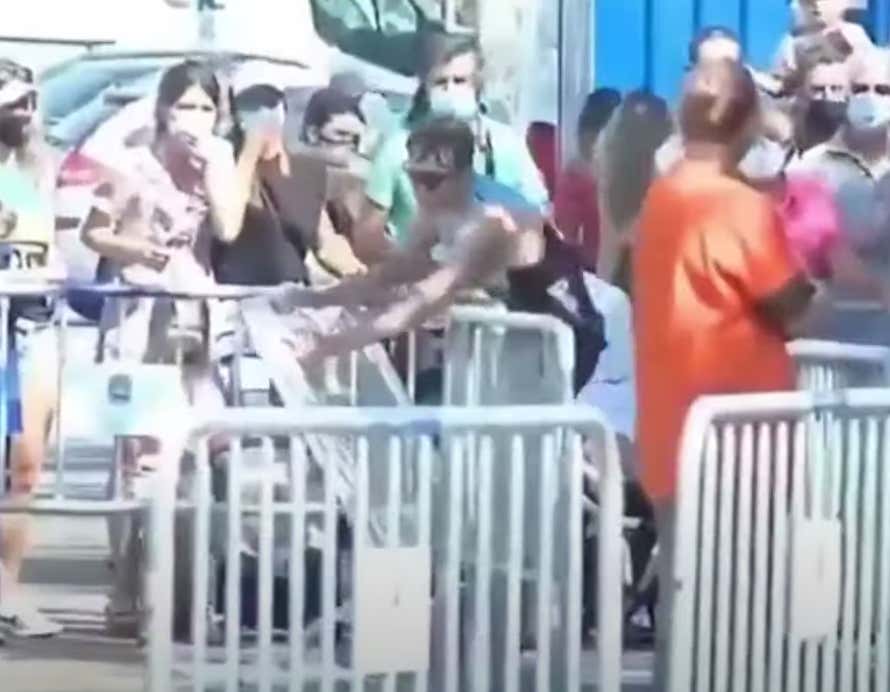 Here's the full video for those of you who didn't see:

What a joke. That fuckup was no one's fault but his own. James Teagle counted his chickens before they hatched and should be punished accordingly. It's called a competition for a reason. Best of luck to these two in the future. Take it away, Kenny…