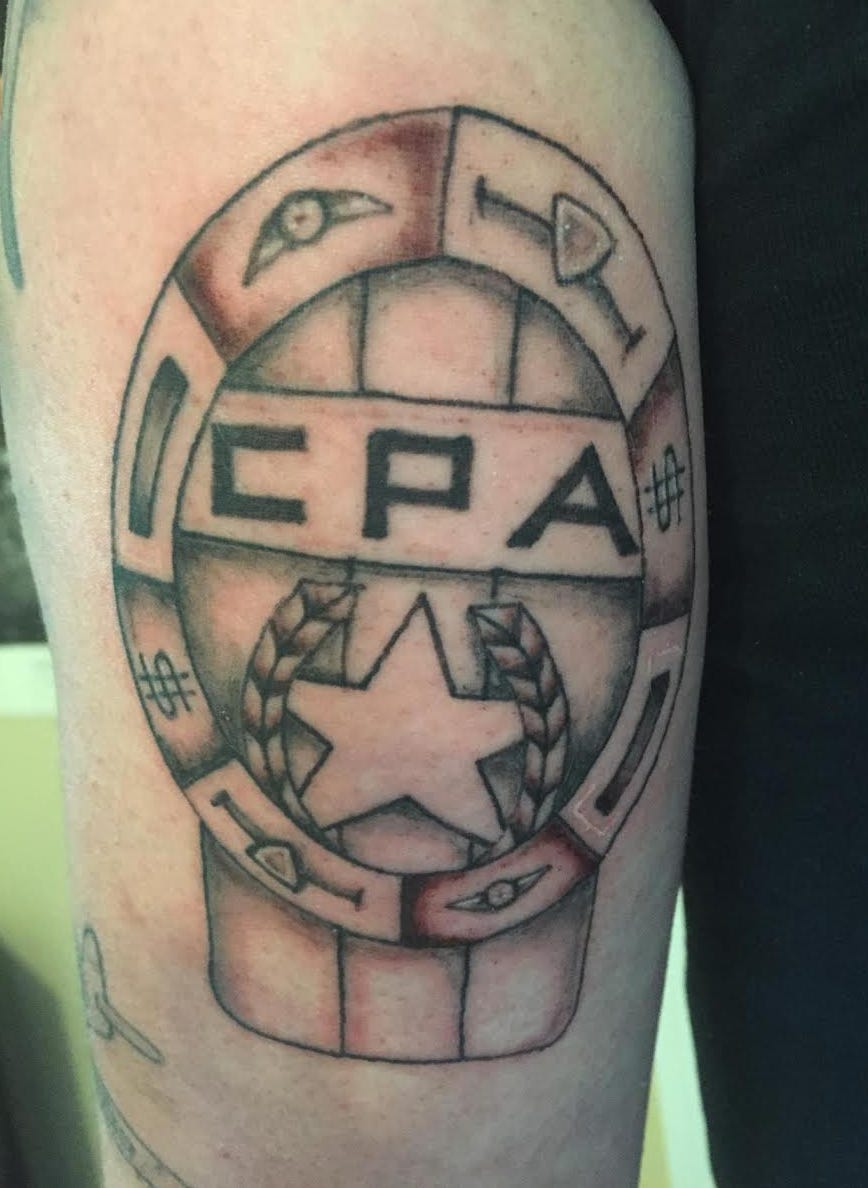 So my buddy just got his CPA on his 20th try. No joke. To congratulate himself he inked himself with this ridiculous tattoo. Try and tell me he didn’t just basically ruin his arm with this thing.

I was all set to make fun of this guy and wonder how the hell a person smart enough to pass the CPA would be dumb enough to get this tattoo but then I read the part about 20 attempts (obviously an exaggeration) but the point remains, if at first you don’t succeed try again and if you don’t succeed the next time you keep on trying until you can get a money tattoo letting everyone know there are letters after your name now. Dollar dollar bills ya’ll. This guy, probably.