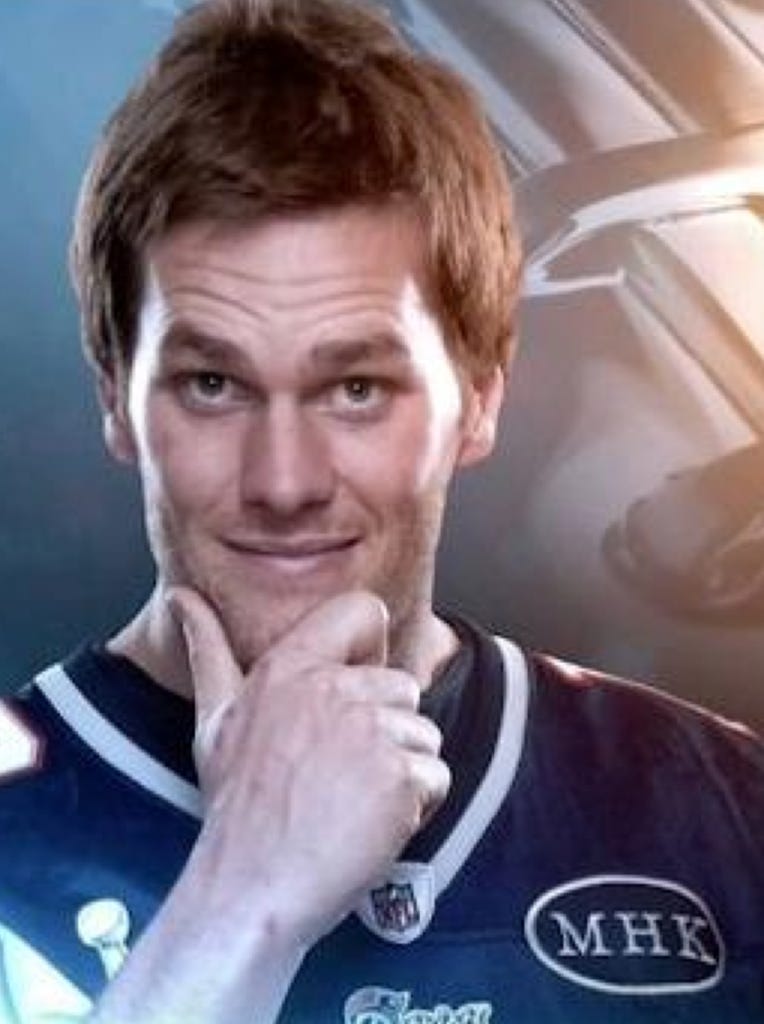 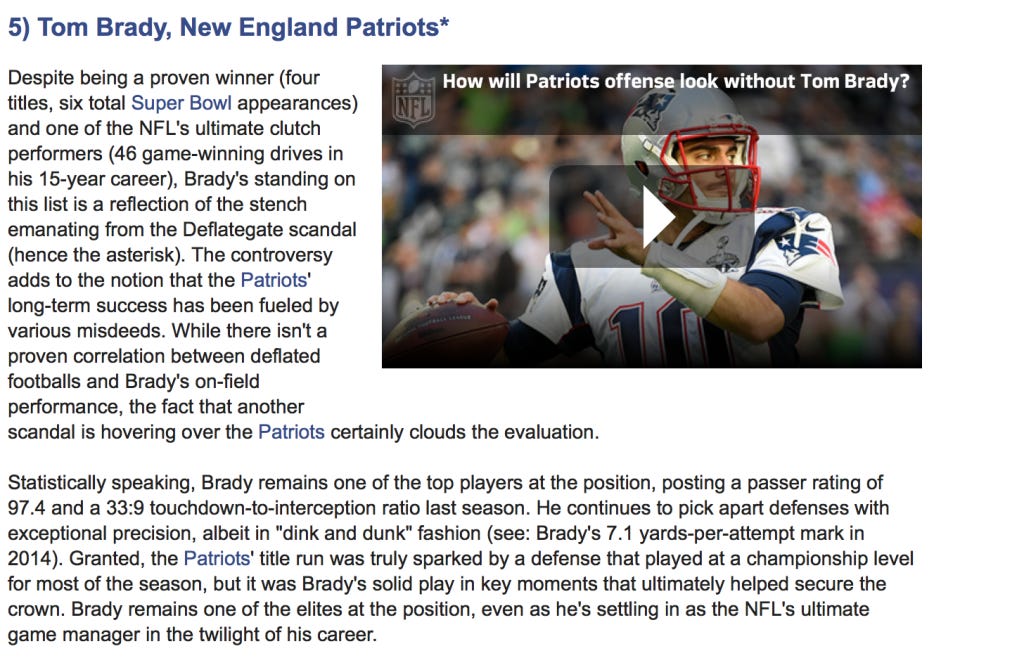 This is the dumbest fucking thing I’ve ever seen in my entire life. Asterisk?! ASTERISK?!?! Goddamn MLB doesn’t even use asterisks and those guys failed drug tests after standing at the dish looking like Monstars. An asterisk next to Tom Brady’s name over unproven PSI levels is the most disgusting, petty bullshit I’ve ever seen in my entire life. No one thinks Deflategate (even though it didn’t even happen) is enough to earn Brady an asterisk next to his name. I usually say “no one with a brain” in places like that, but the brainless cadavers over at Harvard med even think this is absurd. It didn’t happen. It wouldn’t have affected the game if it did. Tom Brady is the greatest quarterback in the history of anything. That’s the end of the story. Take that asterisk and shove it back where it belongs, you fucking asshole. This morning I couldn’t even muster up the fake anger to pretend I was mad about the PSI tweet but now I’m ready to start beheading people again. You woke the beast, NFL.com. YOU WOKE THE BEAST!!!