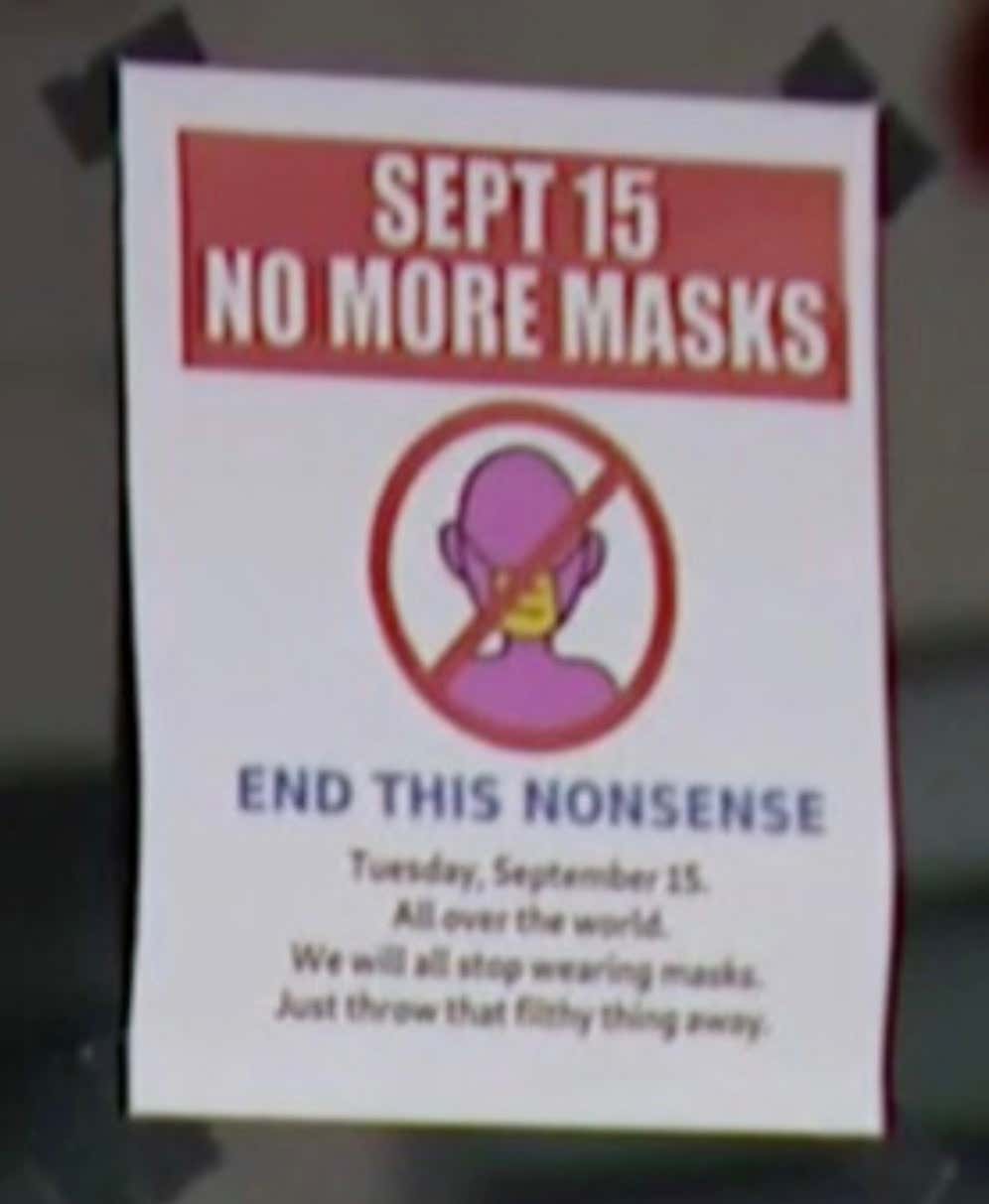 At least he gave customers a heads up that absolutely no masks are allowed inside his bar, with the multiple signs.

"Eject" is an aggressive word, no?  Makes you think this guy isn't just going to just ask you to leave if he sees you wearing an anti freedom face condom, but that he will give you a wedgie and physically toss you out as fast as Kane would at a Royal Rumble.

Gary Kirby, the owner of Westside Sports Bar and Lounge in West Melbourne, Florida doesn't agree with you mask-wearing sheep out there and he's letting everyone know it.  Despite receiving a ton of death threats for the potential destruction Gary may cause, Gary has turned his nose up to the haters and believes his community is behind him 100%.  While Brevard County doesn't exactly have a mask mandate per se, they do have an ordinance that requires store and restaurant owners to have a mask policy and display it clearly.

The message is crystal clear so the Westside Sports Bar gets an A+ for complying with the ordinance.

Quick side note, Florida is on a heater for the ban the mask movement. Just check out this well attended anti mask protest in Target.

In a statement to Fox News, Gary said that masks are “hindering our lifestyle as we know it.” If that's not enough of an excuse, he also said he's against masks because it makes it harder for a bartender to know if a patron is over served.  I guess when asked if his patrons have had too much they have been slipping on their masks and completely hypnotizing the bartenders into over serving. "He's got that damn mask on, I can't see how drunk he is, so I'm going to have to make the drink order he screamed at me."

Gary also claimed that his bar was burglarized by someone in a surgical mask recently, and fears that may happen again.  Police say the report was filed, but any attempt to work with him on the matter was unsuccessful, presumably because Gary plans on taking matters into his own hands.

Gary's first sign that simply read "No Pussies Allowed" was taken down, but do yourself a favor and don't go to that bar if you're a pussy.