So today this "I grew up here"  meme is going around on twitter where people post an iconic picture of one of their favorite childhood video games. Most people are going the route of posting maps of first person shooters but for me there was only one answer. Backyard Baseball is a timeless classic that I played when I was 10, I played during boring lectures in college, and to this day I'll still bang out a season once a year or so.

The invention of the kids is probably what took BYB the furthest, but not far behind it were the fields that were played on. So without further ado, here is the power ranking of the 10 OG Backyard Baseball stadiums: 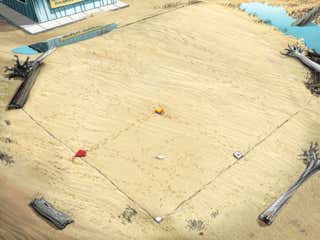 What an absolute dud. Nobody plays video games to play in pitchers' parks. The sand killed everything on the ground and there's damn near no home runs to be had out in CF. You get a few areas to cash in on a splash HR but there are essentially no walls in this ballpark. They may have drawn a line in the sand to signify a fence but I'm drawing my own line in the sand - this field stinks. 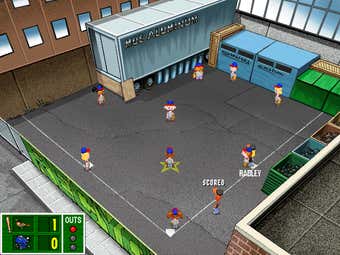 I'm sorry but you can't build a field that keeps Aluminum Power in the ballpark and land higher on this list than #9. You just can't. Seeing "Moe Aluminum" right out in centerfield as you pull into 2nd for a double on a ball that should've gone 500 feet is nothing short of infuriating. The novelty of playing on pavement holds some value as a nice change of pace, but we've got Cement Gardens for that. There's just little to no upside to playing here if you don't have the likes of Pete Wheeler on the basepaths. Tin Can Alley should've been named Trash Can Alley. 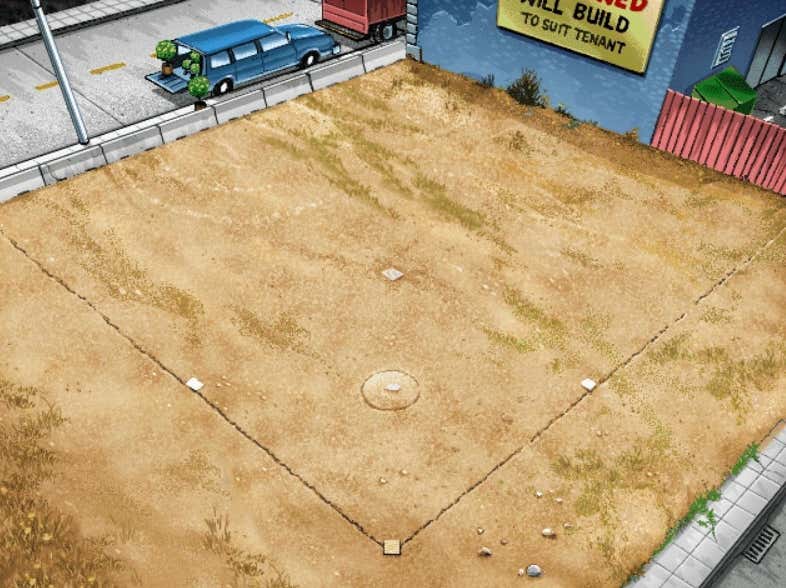 Yawn. I'll be honest I forgot this field even existed. There's nothing remarkable about it. It's perfectly square, has the building in RCF to take away homers, and really not much else to it. Like a 40 degree day, ain't nobody got nothin to say about Dirt Yards. 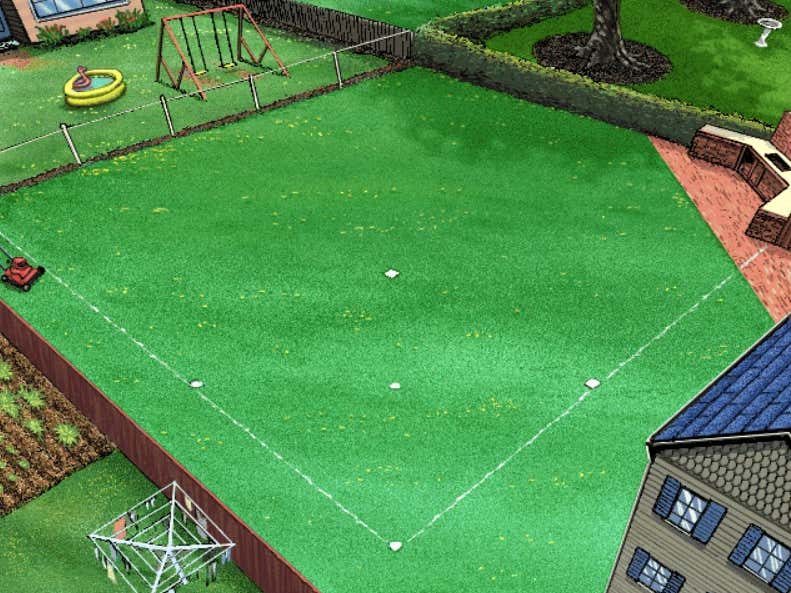 Eckman Acres is really just the grassy version of Dirt Yards. I'm sure it's a lovely place to play a good game of whiffleball but in terms of video game value this doesn't really bring much to the table. The kiddie pool in left is a nice target. The hedges in right are unique. God knows why Mr. Eckman left the lawnmower down the left field line but we're dealing with it. Other than that, booooring. 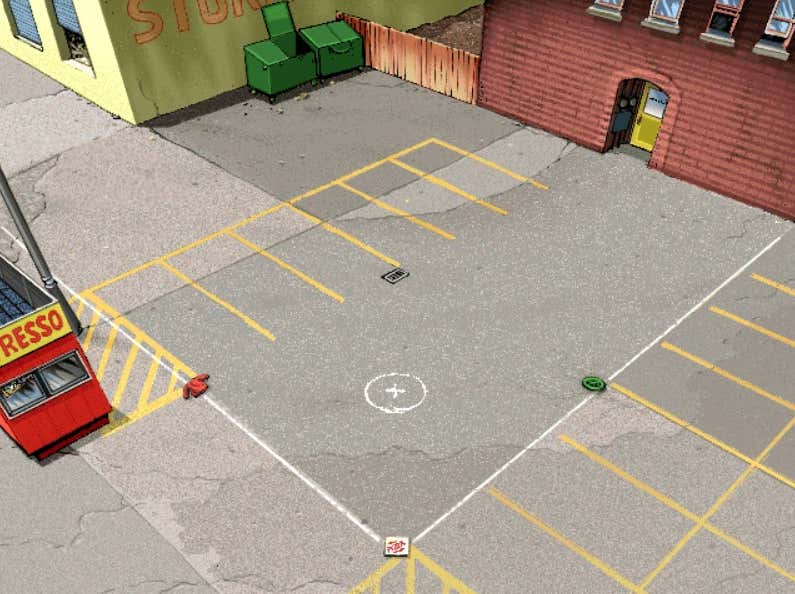 Cement Gardens is easily the better of the two urban ballparks. You've got the variety of bases including a pizza box home plate. You've got the opportunity for the dumpster dinger out in center. And best of all, you've got an opportunity to really post a big number if you blast one down the LF line. I can't tell you how many hours I spent hitting beeps against Mr. Clancy trying to yank one down the line for a 1,000+ foot bomb. With all of that said, this can't land too high on the list for all the same reasons Tin Can Alley didn't. It's no fun to blast one that would be a no-doubter anywhere and not get the zeppelin treatment. 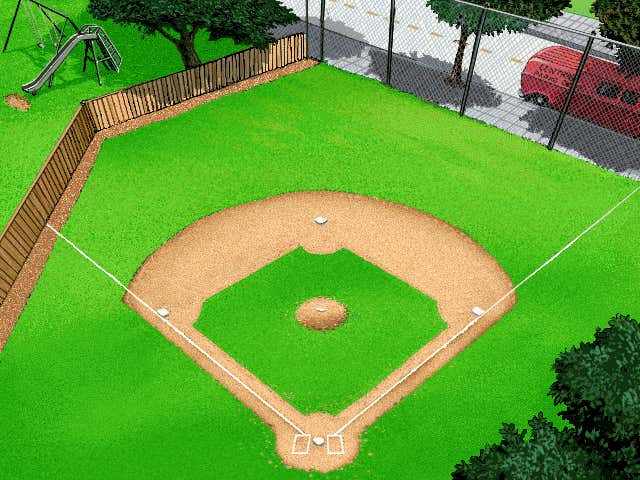 Now we're starting to see some crisp diamonds. It's just a really nice ballpark. Grass infield, good looking bases, even a warning track out there in left! You've got a short porch in left that favors right-handed hitters, the tall fence in right, and there's not much better than getting a good beep from the van in right when you sky one out there. There's not a lot of novelty here but Playground Commons is just a good hard fastball at 97. 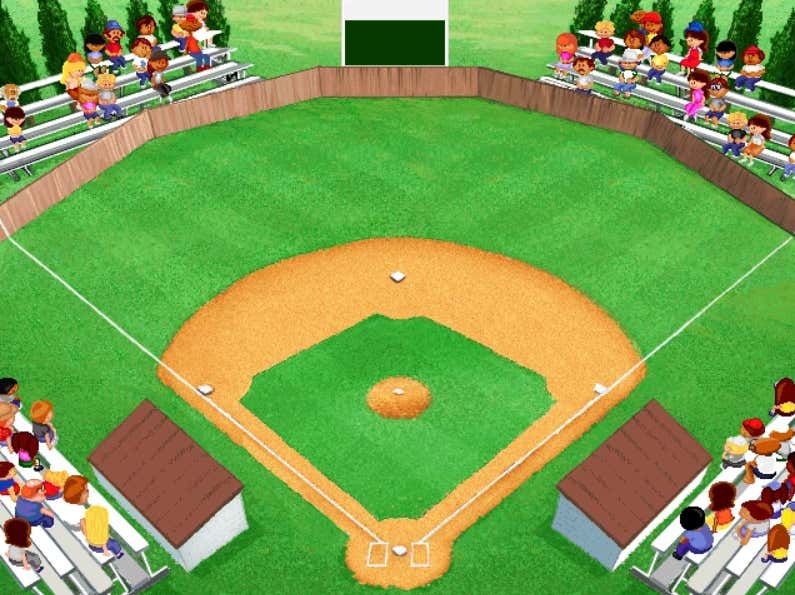 Big time games played here. When it's league championship time, ya gotta move up to the ballpark with the outfield bleachers. Thing about these bleachers is there are some real creatures out there. I'm always distracted by the Mikey Thomas lookalike out there in RF. Either way, playing a game at Big City Stadium gets the blood flowing because you know the stakes are high. 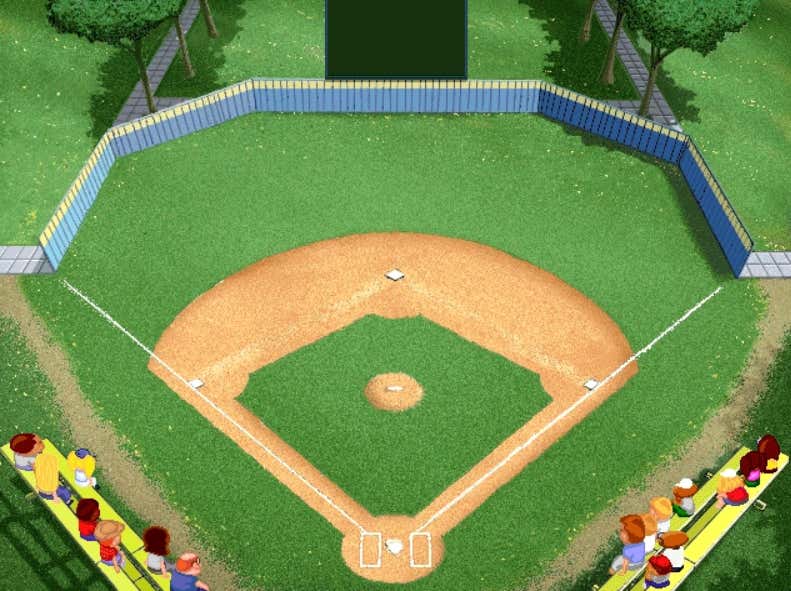 Such a classic. A beautiful ballfield, through and through. With that said I don't know what sort of modern Mayberry these kids live in where their parks have goddamn jumbotrons in centerfield. Some serious silver spoon shit right there. But I don't hate it. Nothing like watching the replay of one of your blasts as you trot around the bases and a blimp flies over head. Normal childhood stuff. Ultimately I put this ahead of Big City Stadium because the fence is painted, you've got the shorter porches down the lines, and so many of the games are played here. 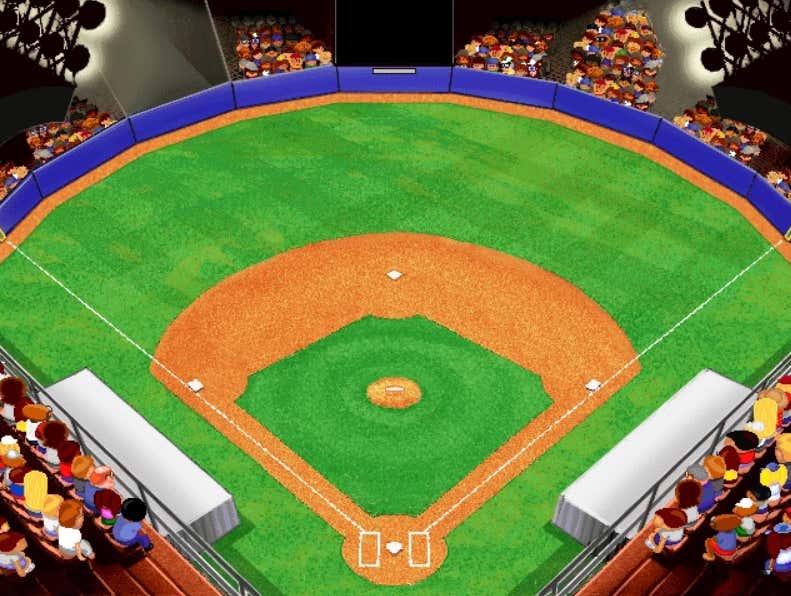 This is the big time. Championship venue fitting of a championship stage. Crisp outfield mow patterns, swirly infield mow pattern, finely edged warning track and padded walls. You kidding me? What's better than that? And I don't really know what that's supposed to be out in left where there aren't any seats, but I always imagined it being a bullpen. That's when you know this park really has everything. When Achmed Khan's home run music comes on those big speakers, it just hits different. Super Colossal Dome is such a treat. 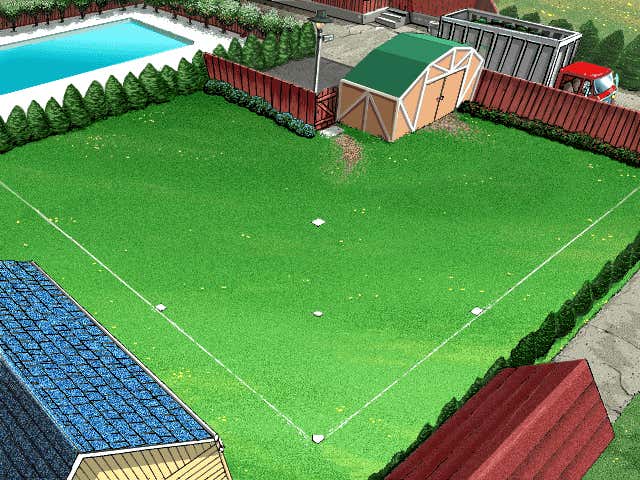 The GOAT. When I think of Backyard Baseball, I think of this field. The Steeles keep a well manicured lawn which is great, but where this field sets itself apart is the variety of novelties at play. The pool in left is one of the great home run targets in this entire game. Splash bombs are just the best. The fence cutting in in CF gives some of the lesser players like Luanne Lui and Reese Worthington a chance at sneaking one out of the park. The shed in right can create some tricky bounces, and you can land the ball in a garbage truck too. It's just a great balance of quality and fun quirks. That's what Backyard Baseball is all about.

There ya have it. All-time list for an all-time game.