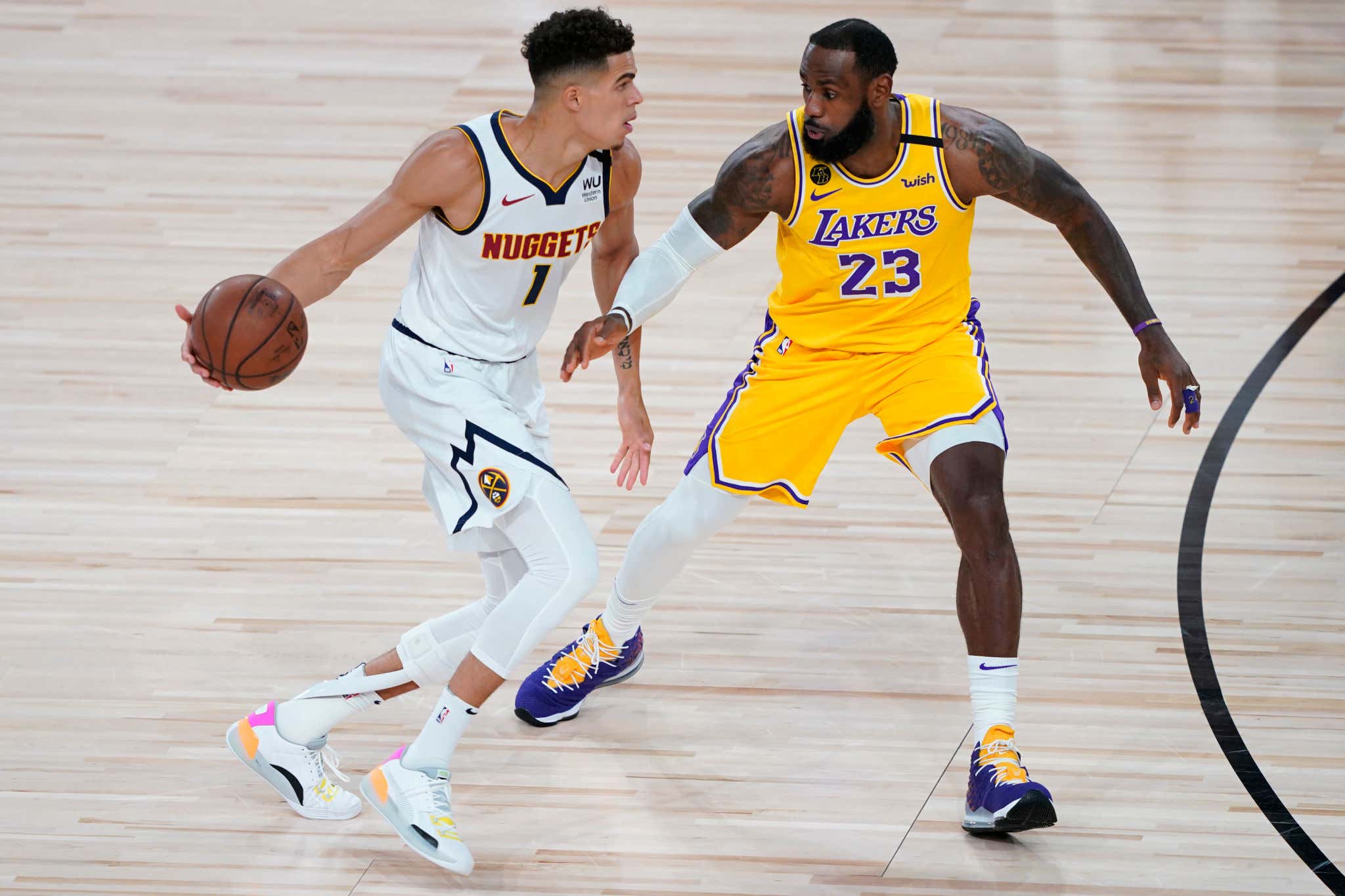 Finally the Western Conference Finals gets underway tonight. If it feels like years since the Lakers last played a game, that's because I'm pretty sure it has been. When you gentlemen sweep your opponent like they did with Houston, you find yourself with all sorts of time on your hands. The Nuggets also finally broke their streak of playing every other day, something they hadn't been able to do all postseason. Both teams should be rested and motivated to start this series off and my hope is that it lives up to the hype. The Nuggets on this incredible run, coming back from two separate 3-1 series and the Lakers who have to be foaming at the mouth with a spot in the Finals so close. Let's get you ready for everything you can expect tonight

OK first question. With this being the only game today, why the hell are we waiting until 9pm to tip off? I get that these are two western conference teams and you want to make sure those markets can see it, but that feels a little ridiculous to me. This could easily be a 7:30pm or 8pm start. It's Friday, people will stop working long before it would get going so I can't say I love that.

In terms of the actual game, these two teams have met already in the bubble and played one hell of a game. It was a 124-121 thrilling Lakers win that saw them pull it out with a GREAT sideline out of bounds play that resulted in Kyle Kuzma making the game winner

Now there are obviously some differences this time around. Bol Bol isn't going to play 21 minutes and PJ Dozier isn't going to play 27 off the bench. The Nuggets also didn't have Gary Harris available. But one thing I think we can all agree on that will probably translate over to this series is the fact that I'm not so sure the Nuggets have an answer for LeBron and AD. They had 58 in that game in August, and here is how AD has done against the Nuggets frontline this season

When you look at these two teams, their season series may look lopsided at 3-1 in favor of the Lakers, but two of those wins were close. One came in OT and the other was that Kuzma game winner. The Nuggets have blown this team out already this season, winning 128-104 back in December. So while Lakers fans might want to paint the picture that this should be a cakewalk, I'm not so sure. The Nuggets are extremely hard to eliminate if you haven't noticed.

It'll be crucial for their defensive guards like Caruso/Green/Rondo to do their best to limit Jamal Murray, and you'll definitely see the Lakers play more of their size in this series after going "small" against the Rockets. They'd obviously much rather throw McGee/Dwight at Jokic instead of letting AD handle him.

On the Nuggets side, it's the same story with every one of their series. Can they defend. They were able to overcome both their 3-1 deficits not because of what they did offensively, although Jamal Murray going nuts helped, but because they finally showed on the defensive end. I don't know what they try in order to stop LeBron, a zone isn't going to work, he's too big and he'll just plow right through it. Jerami Grant I imagine will get the first crack at it, maybe they move to Millsap in lineups that AD moves over to center, but it'll be interesting to see how they approach it.

I'm also interested to see what version of Gary Harris the Nuggets get. We know about his ability to lock people down as an on ball defender, but he also shot 50/42% from the floor in the Clippers series. That is a huge jump from what he shot during the year, and in my opinion is a big time x factor. If you figure Jokic/Murray and LeBron/AD will get their normal production, this series really might come down to what secondary scorers come through. Guys like Harris/MPJ on the Nuggets side and then Kuzma/Green on the Lakers side. That's not even factoring in if Rondo can replicate his 51/44% splits from that Houston series.

We know the Lakers are going to show up defensively, they've had one of the best defenses all year and we saw what they did to Harden/Westbrook. I think we should also be at the point where we do not overreact if they drop Game 1. That's sort of their thing. The same way we shouldn't consider the Nuggets dead if they fall behind 3-1. That's their thing. It almost makes you wonder if the Lakers should intentionally drop 2 games just so they can avoid blowing a 3-1 lead.

Either way this is setting up to be another wildly entertaining conference finals. While some may be disappointed we aren't getting LAC/LAL, the Nuggets have a little team of destiny in them and we'll see if they can keep that magic going.