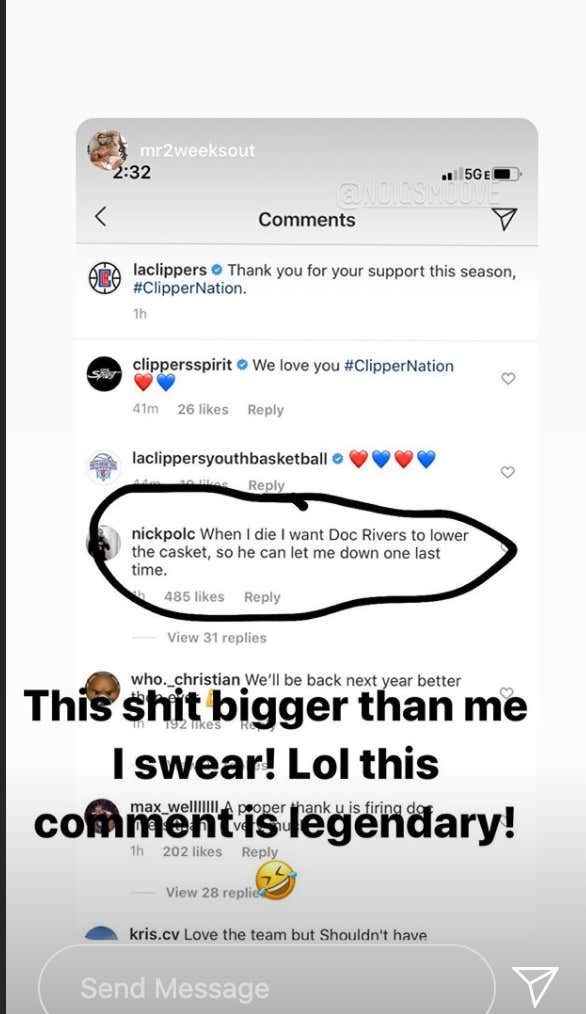 I asked yesterday if the Nuggets are the most beloved good team possibly ever? I really think that's true. On the flip side are the Clippers the most hated team? People didn't even dance on the Warriors grave like this. You had the Blazers, Magic Johnson, Jared Dudley, every single person on my Twitter timeline and more just roasting the hell out of them when they blew the 3-1 lead against the Nuggets. And now you have Josh Smith chiming in calling Doc Rivers 'The 3-1 Bum.' Gotta be honest, that one plays. Calling someone a bum needs to be utilized more. It's a great insult. Smith is obviously referring to the 2015 series when he was on the Rockets:

To be fair, Smith has a right to talk shit here. He scored 14 in the 4th quarter in the game 6 comeback when the Rockets didn't have James Harden. The crazy thing though is he ended up playing for Doc for a year right after that. Needless to say he didn't enjoy his time with Doc.

The story just continues to be people dunking on the Clippers. There may not be an organization that gets made fun of more than the Clips and I say this as a Knicks fan. The Clippers have NEVER made a conference finals. They were so bad for so long. Now they have title expectations, fail tremendously and everyone is hopping on social media to make fun of them.