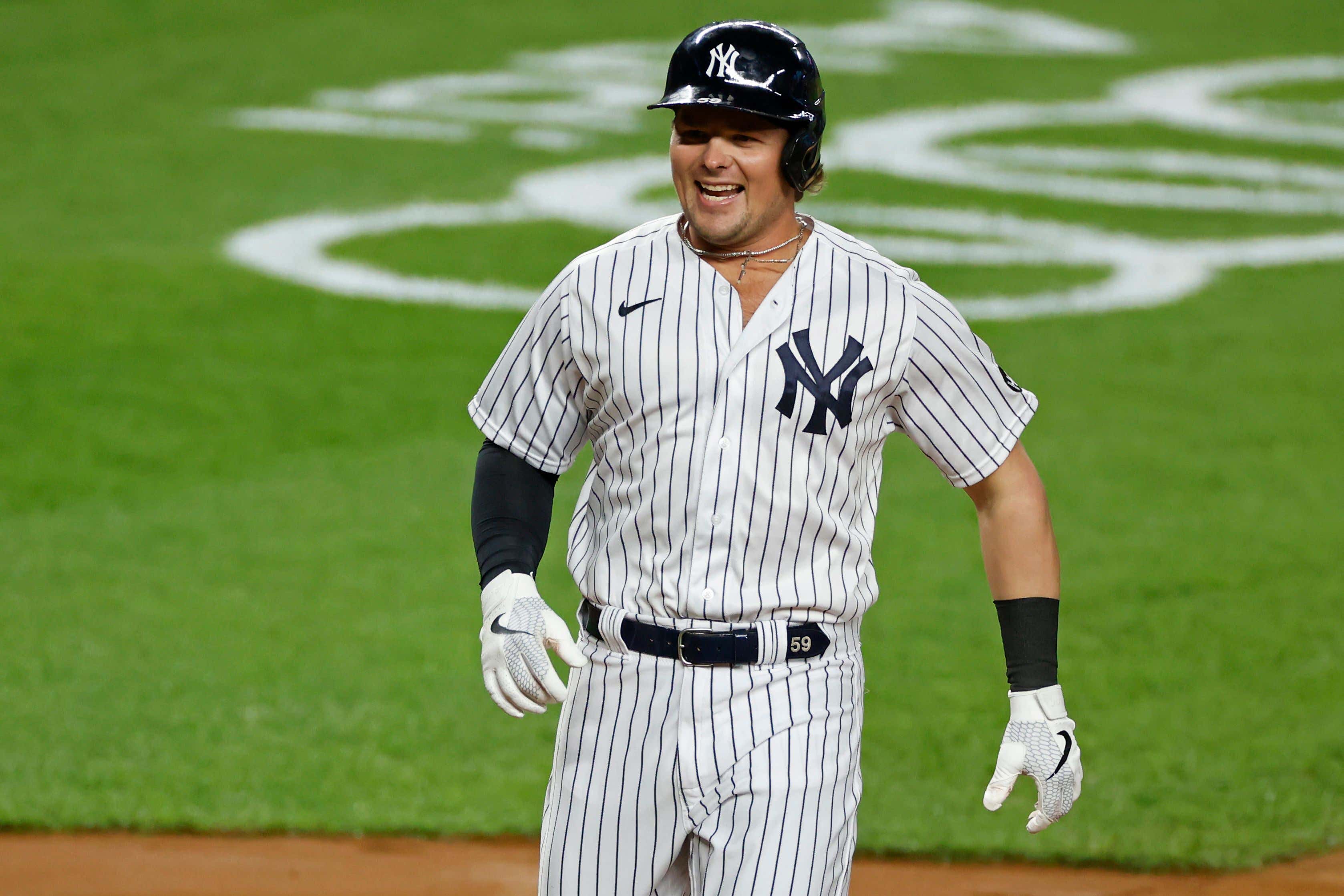 Yeah I'd say it's safe to say the Bronx Bombers are back. Seven more homers tonight, the second straight night they've accomplished that feat. 33 runs in those two games. Seven straight wins, outscoring opponents 61-13 in that span. Just absolutely ridiculous what this offense is capable of. Bulldozing teams left and right.

DJ LeMahieu blasted another lead off homer in this one and came back later for seconds.

They better hand that man a blank check in the offseason and nothing less. Voit called him the "best freaking player I've ever seen" and I don't believe Luke has it in him to tell a lie.

Speaking of Luke Voit, he launched his MLB leading 19th nuke of the year. Seven seconds of hang time on this bad boy. The man is unconscious.

Check out this stat real quick…

Shockingly DJ or Voit's power were not the story of the game. That belonged to Kyle Higashioka.

But THREE home runs from the home run strokaaa. Have a night Higgy!

What sucks is the night Higashioka has a career night of course there's zero fans to give him a curtain call. Fucking coronavirus. Higgy has started behind the plate the last three nights and you can expect to see a lot more of that as the season comes to a close, especially if he's going to hit three home runs a game. What also makes Higashioka so valuable moving forward is that Gerrit Cole and him are in a rhythm.

It's getting to the point where you have a no hitter feeling with him through the first few innings of every start.

The New York Yankees could not be more back. You don't wanna fuck with this team moving forward. We're having fun again boys and girls.