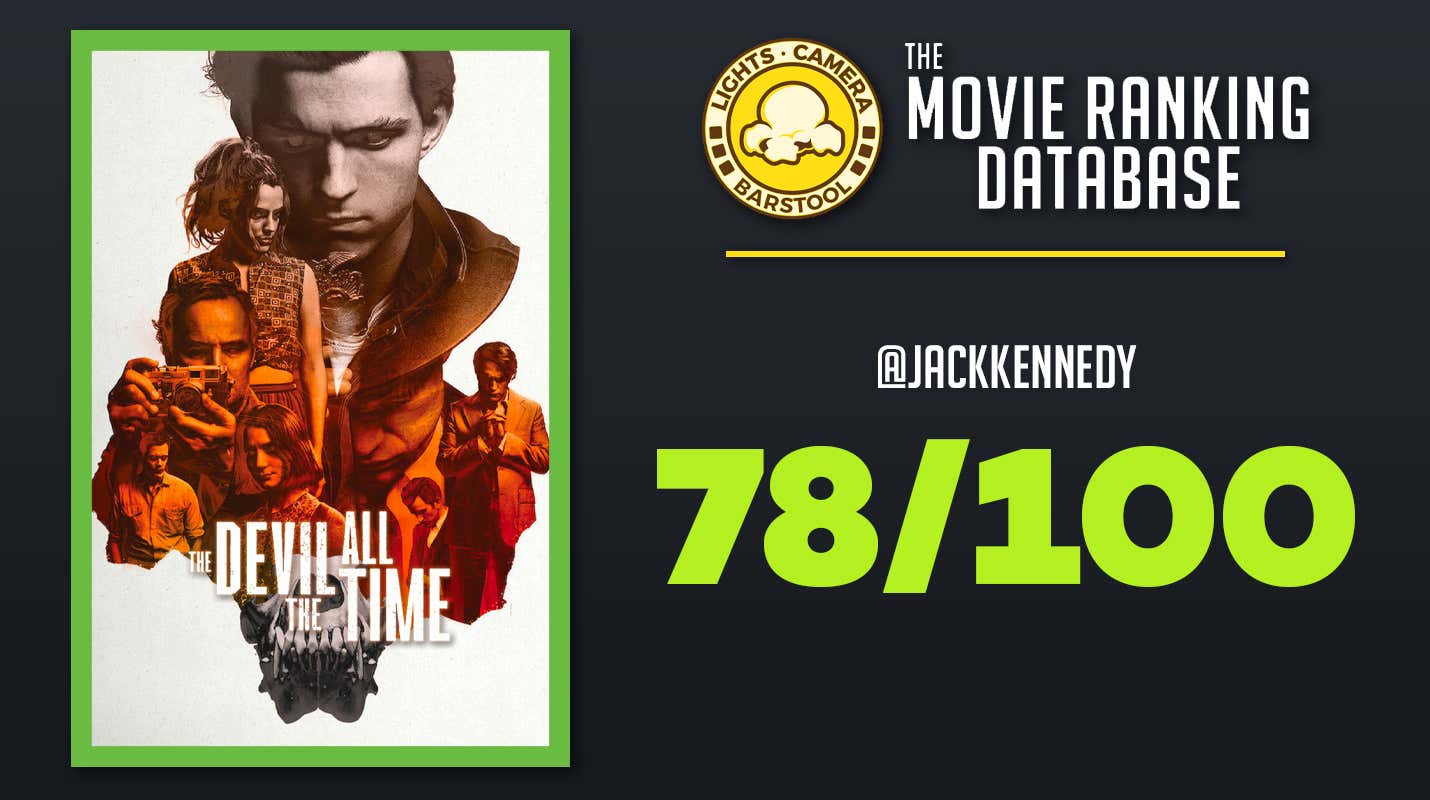 Sinister characters converge around a young man devoted to protecting those he loves in a postwar backwoods town teeming with corruption and brutality.

Like my blog title suggests, this movie is a slow, deliberate burn. That burn, though, is blistering. Movies where a bunch of character's stories are woven around a central character can sometimes be a little too complicated, especially when stretched over a longer period of time. I think director Anthony Campos was able to do it successfully in this, but it also required a bit too much patience especially considering how miserable story makes the viewer feel and how satisfying the conclusion is.

This is a monster cast so you're going to have to bear with me while I break this down. I have to praise both Tom Holland and Robert Pattinson for really stealing the show in the movie, especially considering how little screen time the latter had. Holland's character, Arvin, was pretty complex considering all the shit he went through. I think the despair and desperation to do the right thing was captured perfectly. Pattinson played slime so well in this, that now I need him in a full heel role. Harry Melling, who you probably know as Dudley from Harry Potter but recently blew my mind in 'The Ballad of Buster Scruggs', also delivered yet another incredible and creepy monologue. Put him in more stuff!

Riley Keough and Bill Skarsgård also did great in their given screentime, adding a lot of emotion and psychological weirdness to the movie. I feel kind of bad for beautiful boy Sebastian Stan, who replaced Chris Evans for the role of Sheriff Bodecker. I'm not sure if he gained weight for only this role, but it was not worth it.

This story is dreary. I really cannot emphasize that enough. In that sense, it kind of reminds me of another recent Netflix movie that was also a book adaptation in 'I'm Thinking Of Ending Things'. You got deep-woods Appalachia, which is already depressing, combined with the post-war setting with failed pursuits of the American dream. It's a very complicated storyline, and I really don't think it could have been directed better than it was in this movie. To not only condense all of these characters and subplots into a 2hr 18min runtime, but to do so in a comprehensive manor is honestly a huge feat. I think part of the problem, though, is that the book just had too much to condense. Campos was extremely ambitious, but I was really left wanting more from both the characters and the ending.

I really enjoyed the music, set design and 50's/60's friendly color palette. The way Campos built suspense, specifically in the third act, was great as well. It's just a little bit too much of a slow burn. As a fan of slow burns, I think that if it was noticeable to me, it's going to turn off a lot more people. It's dark and depressing in the best way, though, so if you're into that you will enjoy this movie.

P.S. Having Donald Ray Pollock, the author of the book, do the narration for the movie was a nice touch.