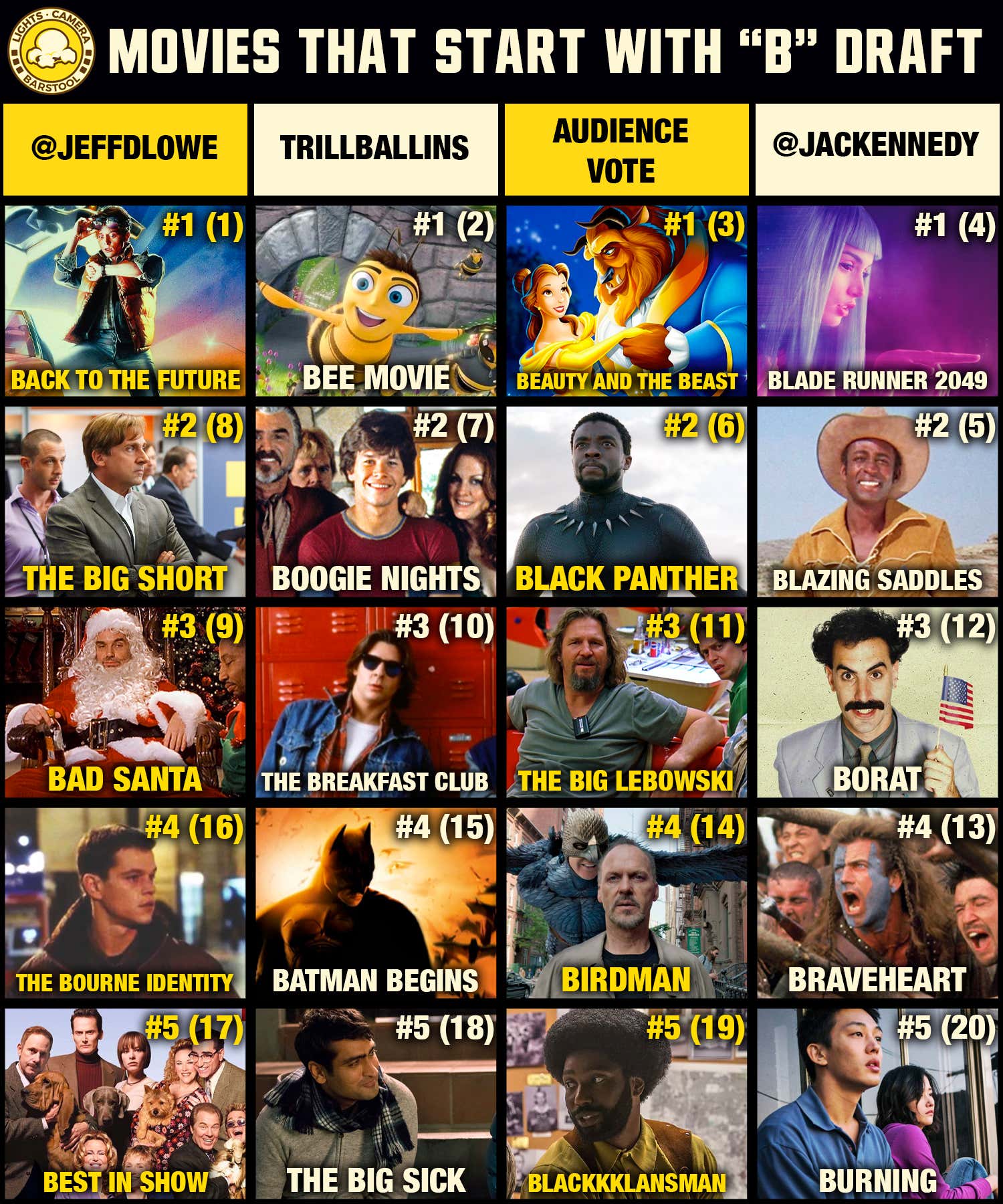 As always, click the movie titles to see our grades of the movies as well as where to stream them

Jeff D Lowe (Back to the Future, The Big Short, Bad Santa, The Bourne Identity, Best in Show): Jeff was smart to take the presumptive #1 overall, and I love the Big Short pick after that. If you listen to the pod you know Bad Santa is one of his favorite movies, so it was a bit of a vanity pick but a good one nonetheless. Rounding out with one of the better action movies in the past few decades and a fantastic comedy makes his team more complete.

Trillballins (Bee Movie, Boogie Nights, The Breakfast Club, Batman Begins, The Big Sick): Going for the meme quality with his first pick was a risk. I don't think it paid off, especially since it hurt the value of the rest of his picks.

Kenjac (Blade Runner 2049, Blazing Saddles, Borat, Braveheart, Burning): Objectively speaking, I love my team. People are going to bitch about taking BR2049 instead of the original, but the bottom line is that it's simply a better movie. Not nearly as impactful as the original, which changed the landscape of Sci-Fi, but still. I nabbed one of the best comedies of all time after that, and one of the most culturally impactful ones after that. Rounding out with all-timer in Braveheart and one of the great international movies/psych thrillers in 'Burning' is just a cherry on top.

Agree? Disagree? Vote for who you think had the best draft below. If the form doesn't work on your device, click HERE.