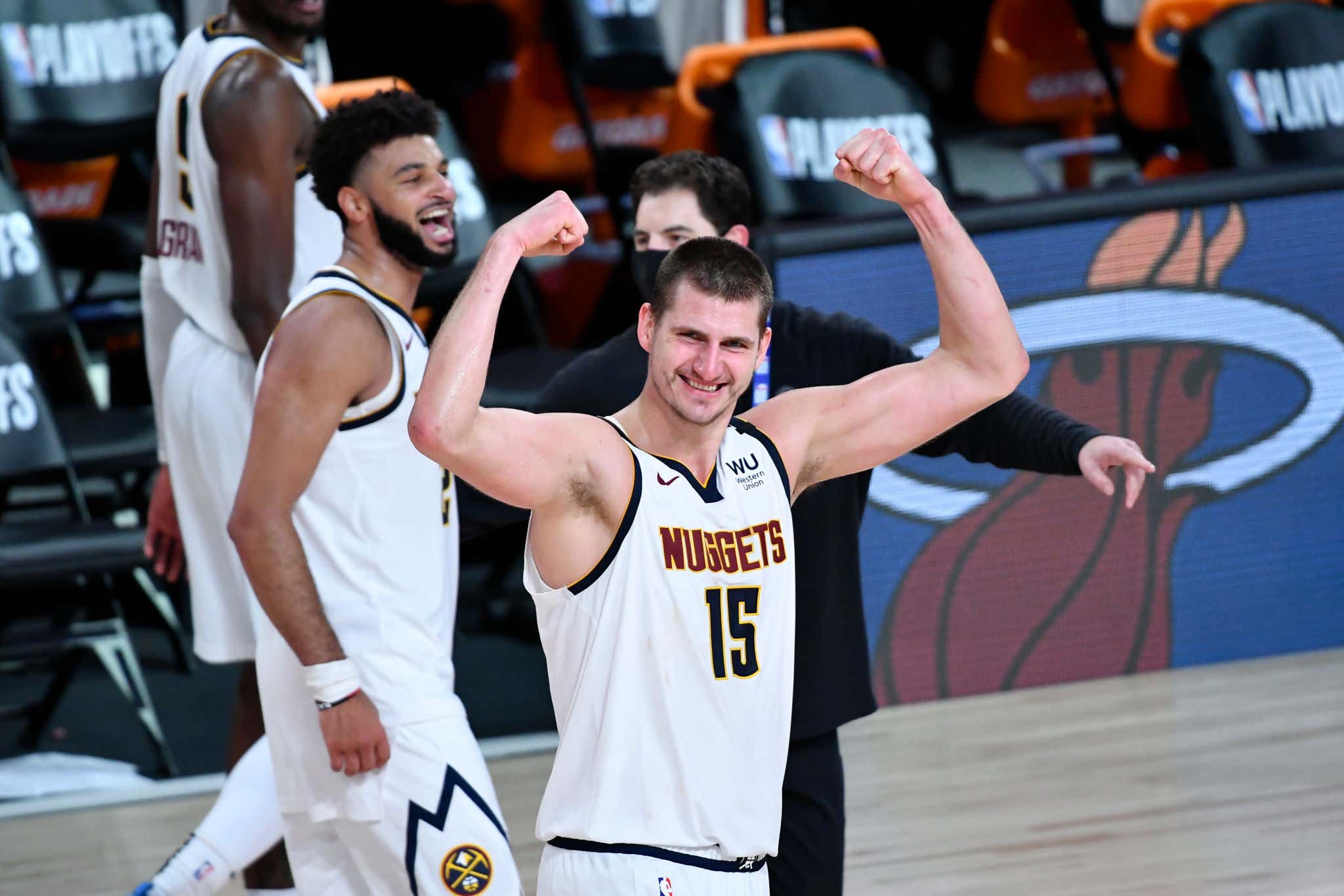 Good morning everybody happy Wednesday and welcome back to another edition of Last Night In The NBA where we bring you up to speed on everything that went down from the night before in the Association. I said yesterday in the preview blog about how things were shaping up to be another wild night of basketball and how that felt like I type that with every blog when talking about these bubble playoff games. Well I say it because it's the truth. Every single night these games are epic. That's not hyperbole either, it's the freaking truth and Tuesday was no exception. Now of course maybe you got busy and couldn't watch, and if that's the case then keep reading because here's what happened.

Rest assured we will be talking about the Celtics performance in their normal blog, we do not run from heartbreaking losses around these parts. But for this blog I want to focus on the incredible performance from the Miami Heat. In a series we all pretty much thought would be a dogfight, a back and forth battle that will be close the whole way, Game 1 certainly fit the bill. What we are learning about the Heat is that until the clock hit 0.0, this team is not dead. They are going to fight until the last second and are going to rise to the occasion no matter how big the stakes are. When you look at the shooting between the two teams, it was basically even both from the floor and behind the arc. This was about guys making plays when it mattered most.

For starters, if you had any questions as to whether known Celtics Killer Goran Dragic would get back to his old ways of tormenting this team, the answer is yes, yes he would

he set the tone early and never really let up. Dragic finished with 29 points on 11-19 shooting, including a huge 9 points on 3-4 sooting in the fourth quarter. In this game, he was the best point guard on the floor.

But he had help. Both Jae Crowder and Bam Adebayo filled their roles to perfection. Jae Crowder making 5 3PM hurt big time, he too made huge fourth quarter threes

and I'm not so sure the strategy can be "we'll live with Crowder shooting threes". He's shooting too well right now to just leave him open and dare him to beat you. He has no problem doing just that. I can't lie, these were tough to watch as a Celtics fan. Where was that when he was in Boston and shooting 20% from deep? He also had the huge defensive block on Kemba late in the fourth quarter, what a night for Crowder.

Then there's Bam. I saw some scout call him and Daniel Theis a wash? What on fucking planet?

he of course had the play of the game and perhaps on the best blocks in NBA playoff history. There is nothing you can say about that other than what a goddamn play. Perfectly timed, perfectly clean, just an insane play. You have to tip your cap.

If you can believe it, we haven't even talked about Jimmy Butler yet. He really wasn't a factor until the biggest moments, and that's why he's Jimmy Butler. Because when the game gets tight and someone has to step up and make huge shots, he does it

the stepback three in the corner late in the fourth. The drive in Tatum for the And1 in the final seconds. He was only 3-5 in the second half and only had 3 points in the OT, but his buckets were the biggest ones of the game. I talked about how good this Heat offense is in the clutch, you saw why in this game. They don't panic.

They also have guys like Tyler Herro who rose to the occasion and had one of his best games of his career in the playoffs. His three with a minute left saved this game for MIA

Celts were up 5 with 69 seconds left and he immediately came down and made a three to swing the momentum back. What a player to come through like this at such a young age.

In the end, the Celts blew a 5 point lead with 69 seconds left, a 14 fourth quarter lead, and even a 4 point lead in the OT. That just goes to show you that this Heat team is going to keep fighting until the end, and it helped them steal a pretty important Game 1.

As if the first game wasn't exciting enough, how about this Game 7. Holy shit the Nuggets really did it. They became the first team in NBA history to come back from multiple 3-1 deficits in the same postseason, and man did they absolutely handle the Clippers in this do or die game. I think it's time we start giving Nikola Jokic the proper credit of being one of the best elimination game players in the entire league. That includes Kawhi, that includes LeBron, it's pretty nuts

So what does he do last night? Oh just a triple double by the third quarter

But we all knew that if the Nuggets were going to pull this off, they were going to need Bubble MVP Jamal Murray to show up. Well guess what happened

how about a 40 piece right on your head. Not only that, it was an efficient 40 with Murray going 15-26 (6-13) from the floor. He had the huge 20 point second quarter to help the Nuggets get back into the game before the break after falling behind  y 12, and in the fourth he had 12 more points on 3-6 shooting. Who knows if he'll be able to do this against the Lakers, but you have to like his chances considering he's been able to reach this level against two great defenses in UTA and LAC.

Their Game 7 win was more about the offensive production of their two stars though. They won this game largely because they defended. They help the Clippers to just 33 second half points 28/17% shooting. Kawhi Leonard AND Paul George did not score a single point in the fourth quarter! They went a combined 2-18 over the final 24 minutes. Give the Nuggets some credit for that. They smelled blood in the water and they never let up. They earned that Game 7 win and are having one hell of a playoff run.

For LAC, I mean what can you say other than this was a complete disaster? A title favorite who mortgaged their future to win NOW didn't even make the conference finals. There's a reason they are getting draggggggggged by the entire internet and they have no one to blame but themselves. Doc now has three blown 3-1 leads on his resume, the second with the Clippers. That's tough. Kawhi Leonard did not look like the best player in then league going 6-22 and Playoff P backed that up with a stellar 4-16 performance of his own. It didn't help that Lou Will went 3-11 too.

They choked. I don't know how else to say it.

For all the talking that Patrick Beverley does, he guarded Jamal Murray the most, a total of 18 possessions. Murray finished with 10 points on 3-3 shooting. Maybe put Kawhi on him at some point while he's lighting you up? That only happened for 4 possessions.

The facts are that now both George and Kawhi are in the last year of their deals starting next year. They have no cap space or draft picks. The Clippers are sort of stuck with this group. They put their eggs in this basket, and that basket caught fire and went up in flames. Giving off excuses postgame like they were tired, it's all just a terrible look for a team that choked. Now we don't get a LAC/LAL conference finals and to be honest after watching this Clippers team maybe that's a good thing. They play like they already won something, it's annoying.

And that's it! you are now caught up with everything that went down last night in the NBA. We're off today obviously, so take the day and get all your chores done so you can be ready for Thursday. Have a great Wedneday!