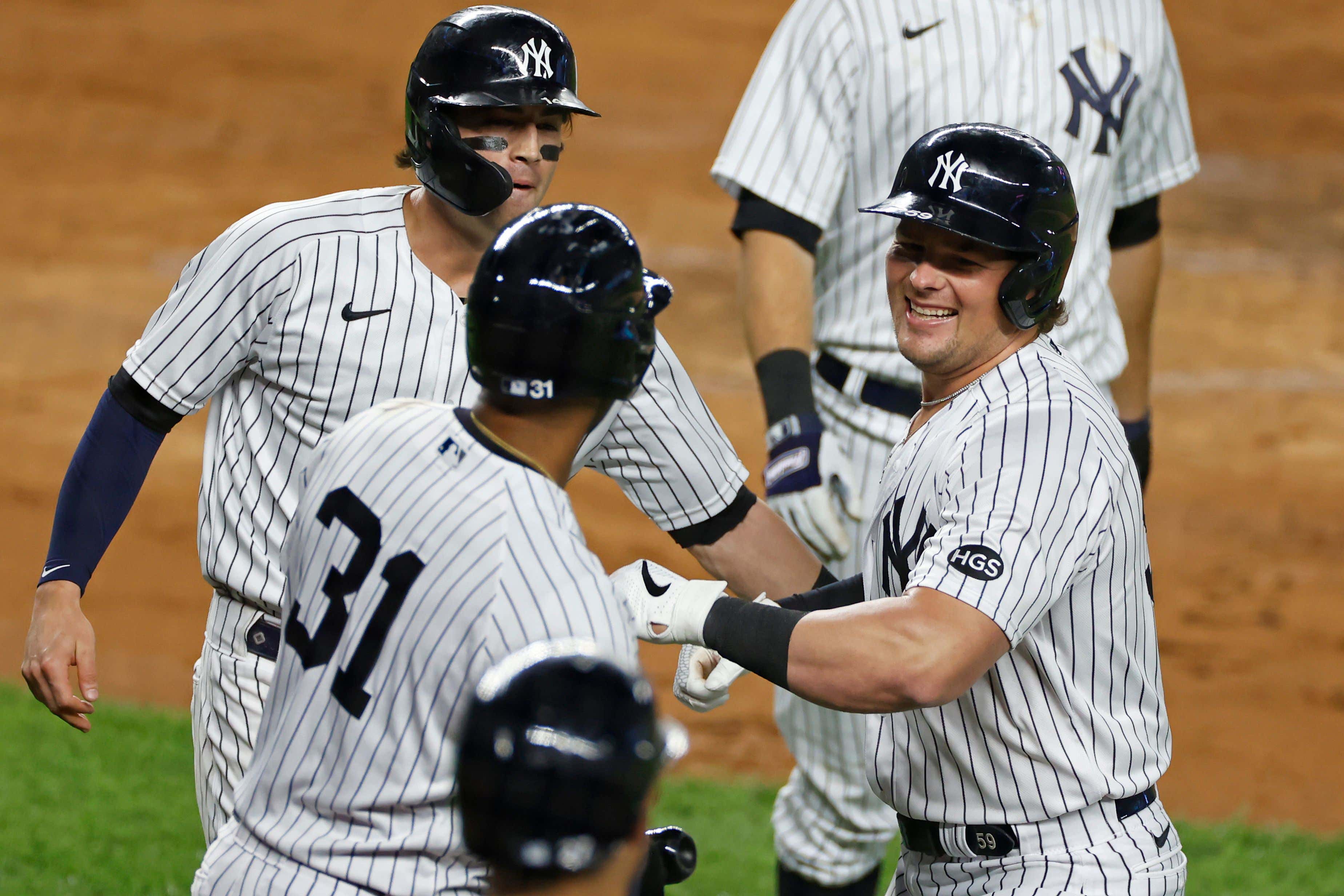 The Yankees have been playing some excellent baseball of late, but one thing missing was a good old fashioned shit pumping and boy did they ever shit pump the Toronto Blue Jays tonight. 20 runs. Let me repeat…TWENTY RUNS SCORED. This team could not be more back. Actually they could if Gleyber and Aaron Judge played. That should happen by the end of the week. They're going to enter the postseason as baseball's hottest and most dangerous team and I cannot fucking wait for them to wreak havoc. 21 year old Deivi Garcia throwing seven easy innings tonight en route to his 2nd big league W. Six homers from the Bombers including two from the MLB leader Luke Voit. That hoss now leads the field by two bombs. What a world. Hell even Gary hit one tonight. Four more hits from DJ. 3 from Gio in his return as well as same excellent plays at 3rd that shouldn't be as routine as they are.

I'm just going to dump all of the highlights and go pleasure myself. Yankees back in 2nd place in the East and looking for more. Have a great night.

This last DJ one off the position player was legit a beer league softball swing. So far inside, but don't throw that weak shit to DJ as he's chasing a batting title.