Bloomberg - A popular website for posts about the conspiracy group QAnon abruptly shut down after a fact-checking group identified the developer as a New Jersey man.

Qmap.pub is among the largest websites promoting the QAnon conspiracy, with over 10 million visitors in July, according to web analytics firm SimilarWeb Ltd., and served as the primary archive of QAnon’s posts. The website aggregates posts by Q, the anonymous figure behind the QAnon theory, and the creator of the Qmap.pub website is known online only as “QAppAnon.”

The fact-checking site Logically.ai identified Jason Gelinas of New Jersey on Sept. 10 as the “developer and mouthpiece” for the site. New Jersey state records connect QAppAnon to Gelinas’s home address, Bloomberg found. Reached outside his home, Gelinas declined to comment on the Logically report, saying only that someone had sent it to him on Twitter after it was published.

Wearing an American flag baseball cap, Gelinas said that QAnon is a “patriotic movement to save the country.” Hours after the initial contact from Bloomberg News, the website was no longer accessible.

A LinkedIn profile for Gelinas says he works as an information security analyst at Citigroup. Citigroup declined to comment.

After reading this I'm left scratching my head.

I am by no means the smartest guy, but wasn't this "Q" guy supposedly undetectable and impossible to find for years now?

Wasn't his whole schtick that he worked deep within the Federal government? And he had all the dirt on the inner workings and everything that We The People aren't being told?

The Q movement has legit millions of followers at this point. You're telling me not one of these people ever thought to run a domain search, or business search?

That some Snopes knockoff came along one day and said "let's see if we can figure out who Q is. Let's start at square one with the owner of the domain/app. Hmmm. And jackpot."

Not some guy that could save you 3-5% if you switch insurance companies. 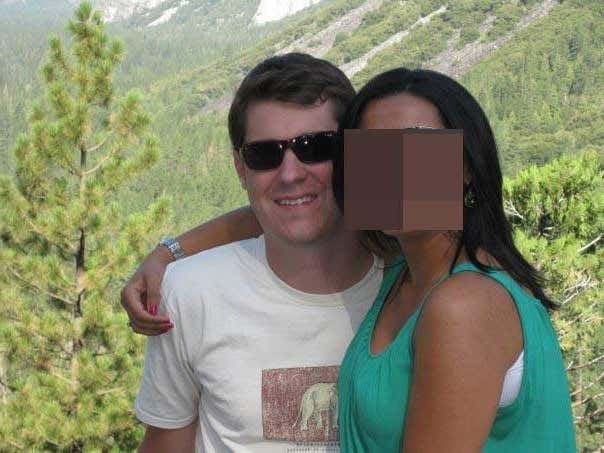 I realize the true Anon die-hards are laughing at me for being so naive right now.

Clearly this was a plant. A setup to divert attention away from the real Q. Duh.

Maybe so. But how do you explain this?

QAppAnon, the online name of qmap’s creator, also runs a Patreon account, which receives more than $3,000 a month in donations, according to the Patreon site. In March, QAppAnon announced on Patreon an upcoming Android app named “Armor of God,” a social network for followers of QAnon.

In Armor of God’s Google Play Store profile, the service describes itself as a platform “designed for patriots worldwide to create and share content including prayers, news, memes and posts.” The developer’s email address listed on the Google Play page is “support@patriotplatforms.com.”

According to its website, Patriot Platforms “is a technology company building next generation social media applications and tools.” The description is similar to the buisness purpose stated on the New Jersey business record linked to Gelinas’s home address: “create next generation news and social media platforms.”As of Friday, the Patriot Platforms website was also offline.

First thing every con-man knows to do is set up the LLC under an alias or a vague business name.

You DO NOT use your fucking name and home address.

I will give credit where credit is due though.

Starting a for-profit social network/app and naming it “Armor of God,” is brilliant. Using the description “designed for patriots worldwide to create and share content including prayers, news, memes and posts" is even more brilliant. The only thing suckers enjoy handing their hard-earned money over to more than mega-churches and televangelists are ponzi schemes.