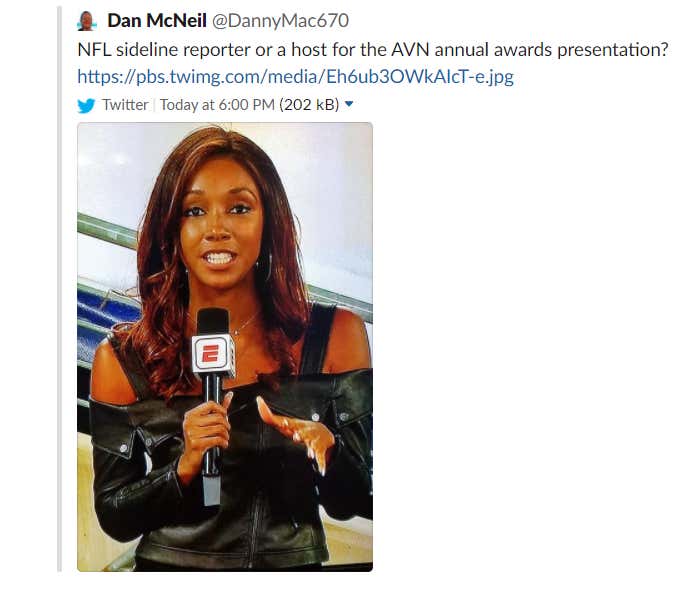 Not sure that Dan McNeil has ever watched the AVN awards, but I have to imagine that the presenters are showing a lot more skin than that. I've never watched an AVN award show, but I do have knowledge of them thanks to this iconic video from 2014:

Here's an example from this year's show of the typical fit from the AVN: 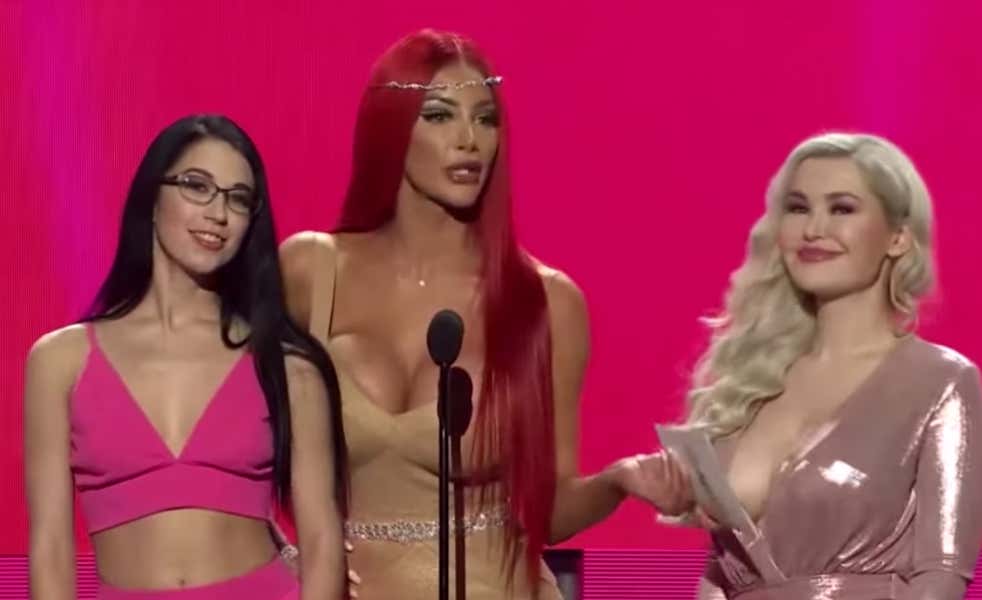 I love the fits from these ladies from the industry but that's not what Maria Taylor was rocking last night, so just an awful take from McNeil.

After getting dunked on by Maria Taylor, McNeil was fired.

Tough, tough day for that guy. Imagine getting fired for a joke that wasn't even true?

Thanks to Awful Announcing for grabbing the screenshot of Dan's since deleted tweet.