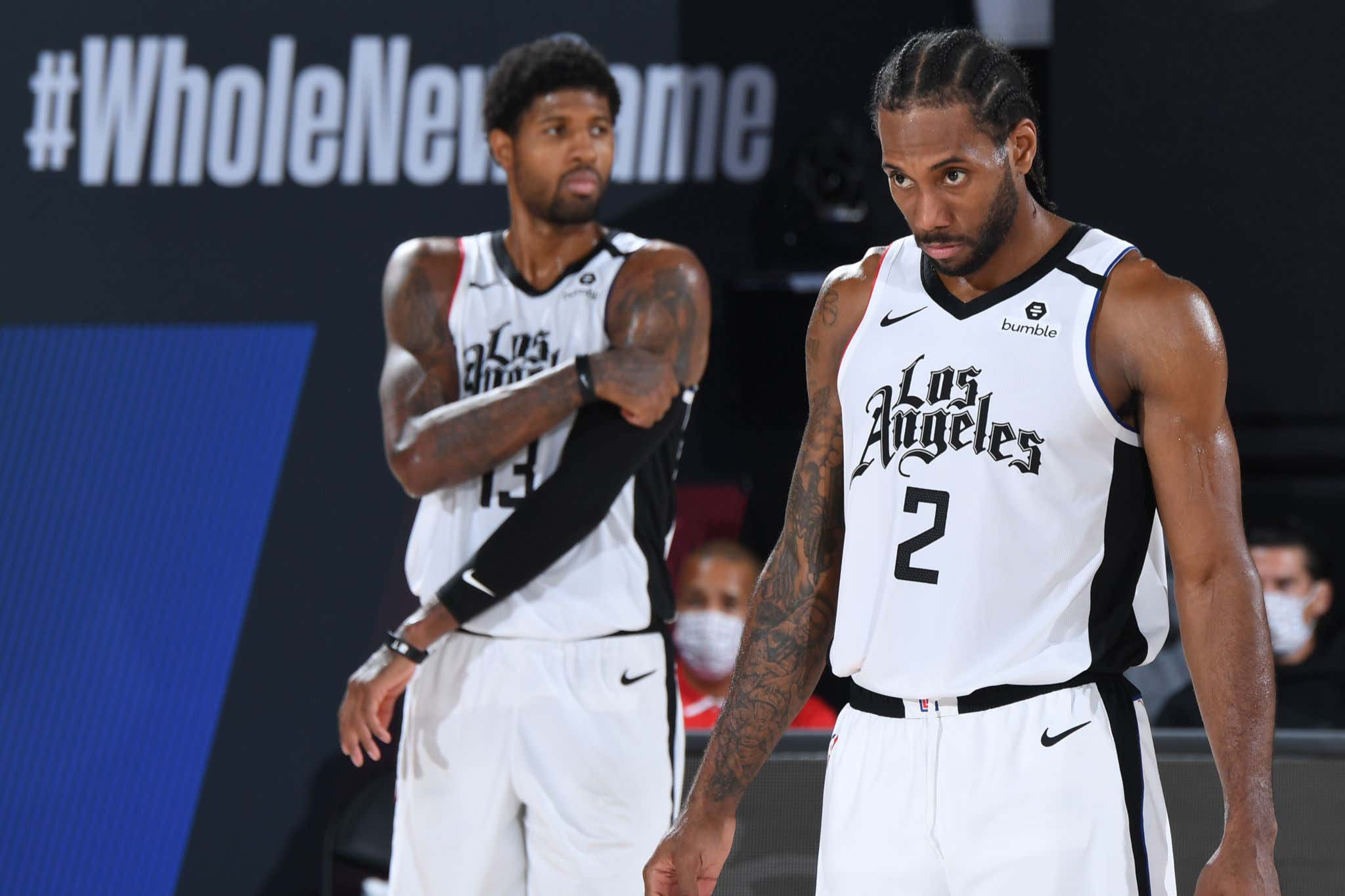 I hope everyone enjoyed the off night yesterday because we are jumping right back into the swing of things tonight with two monster games. I know I say this pretty much in every one of these I do, but it continues to be true. We are looking at another incredible night of bubble playoff basketball. On one side we have Game 1 of the highly anticipated Eastern Conference Finals between two teams that could easily win the series and are ready for absolute war. On the other side we have an epic Game 7 with a spot in the Western Conference Finals on the line. If you clicked on this blog and are a basketball fan and that doesn't get you jazzed up well then I dunno what to tell you. You very well might actually be a dead person. So with such a massive night on deck, let's get you ready for the action.

Did you know the last time that both top seeds failed to reach the ECF was in 1969? No big deal but the Celts won the title that season in case you were wondering. I didn't know that until Sean Grande told me on Twitter but that's a long ass time and really helps paint the picture of just how wide open the race in the East is. I talked all yesterday about how awesome both of these teams are and how well they've been playing in the bubble. They are basically in the top 3 of every category that matters. This is not a series where one side has this genetic freak to help give them the advantage. This series will be about scheme, toughness, and execution on both ends.

That's what makes Game 1 so important. For a series this even, this is the tone setting game. Both sides want to come out and snag this win to already put some pressure on the other. That's why I think the Heat will unleash something they haven't really used too much in the playoffs, but was a big part of their seeding game win against the Celts. I'm talking about that 2-3 zone

This thing is legit. The way the Heat play this defense is a little different from your normal 2-3 zone. Given the fact that the Celts sort of struggled at times when TOR went to a zone, it only makes sense that MIA makes the Celts beat them by shooting the basketball. The key will be limiting the driving lanes for Kemba/Tatum/Jaylen. To do that, you zone it up and make them beat you from the outside.

When you think of the Heat shooters, you think of guys like Herro and Robinson, and for good reason. But did you know in their series against MIL guys like Kelly Olynyk shot 45.5% from three? That Jae Crowder shot 43.1%? My heart and brain don't know what to do about the fact that two former Celts are standing in the way of this team making the Finals. It's only a matter of time before Robinson gets in his groove again (35.3%), so we'll see how the best perimeter defense in the NBA handles these shooters. It's going to be maybe the biggest factor in this entire series.

On the BOS side, they need to find a way to get Kemba going. For the TOR series he shot just 42/27%, but over the last two it dropped to 25.9/15%. Those numbers don't even feel real to type but I assure you, that's what happened. Blame it on the Box And1 defense if you want, but the point is both Kemba and Brad have to figure out a way to get him going. Would it shock anyone if the Heat did the same shit, put Butler on Kemba and then used that same defense? It shouldn't. The hope is that the Celts are much better prepared now that they've had all these days off.

Let's also be honest, if Jayson Tatum is going to be the superstar that we want him to be, this is the series he needs to not only be the best player in, but also win. He only shot 40% from the floor to close out the Raptors series so that obviously has to be much better. How do they do it? Well, the answer is not P&R. The Heat are the best team in the playoffs at defending the ball handler in P&R. They allow just 0.66 points per possession with 30% shooting. Don't even fuck with that. It sounds wrong, but in possessions that MIA isn't in a zone, I think the best option might be to attack them with isolation. They rank in the 12th percentile at defending isolation and allow 1.05 points per possession on 46% shooting. I'd say whoever isn't being guarded by Jimmy Butler when this team is in man should get the ball and let him attack.

The formula is pretty simple for the Celts. Defend and don't turn the ball over. Do that and you can take Game 1.

Is this the biggest game in Clippers franchise history? Maybe I'm being a prisoner of the moment but I kind of think it is. I know the Clippers have had Game 7s before, but this is the first time they've had one as true title favorites right? They basically didn't care about the regular season with the idea they'd flip the switch when games mattered in the playoffs. Even in this series they haven't always looked interested. Well now their season and title hopes are on the line. Now they are at risk of becoming another team to blow a 3-1 lead, which would be the third time Doc Rivers has done it. Imagine giving up all they did for Paul George and then you don't even make the conference finals? When both of your key pieces have player options after next season? Woof.

and he's going to have to do the same shit tonight. He's been great this entire series for the most part so it's not all that crazy to expect. The issue that's plagued this team during this series though is their bench production. Remember how we all thought this team was super deep? Well Lou Williams has been close to unplayable. He's shooting just 36/13% in this series! Harrell has almost been just as bad. Those are two huge pieces of the Clippers puzzle that have been no shows. It's hard to even know what to expect from this team because who could have predicted we would even have a Game 7 in this matchup? As we know anything can happen in these things but man would it be a huge choke by the Clippers if they aren't able to pull it out.

On the Nuggets side, I think we all need to do a better job in giving them more credit for being in this position. Even if you think this is more about LAC choking and blowing leads, the Nuggets still had to pull off the comebacks…..twice. Nikola Jokic is showing to be the best player on the floor which is wild, Jamal Murray is starting to get back to his Bubble MVP days, and seeing as how they are not only playing with house money but also have Game 7 experience in this playoffs, why can't they pull this out? Especially if Gary Harris is going to shoot 48/44%.

Even though their last Game 7 was some ugly basketball and this team loves getting down by 15+ points, something tells me this will be another wire to wire slugfest. I didn't think the Nuggets could hang in a series like that, and they've absolutely proved me wrong and then some. I know as a small market the Nuggets and their fans want their proper amount of respect, well if you beat Kawhi in a Game 7 and come back from 3-1 against the title favorite, you most certainly have it.