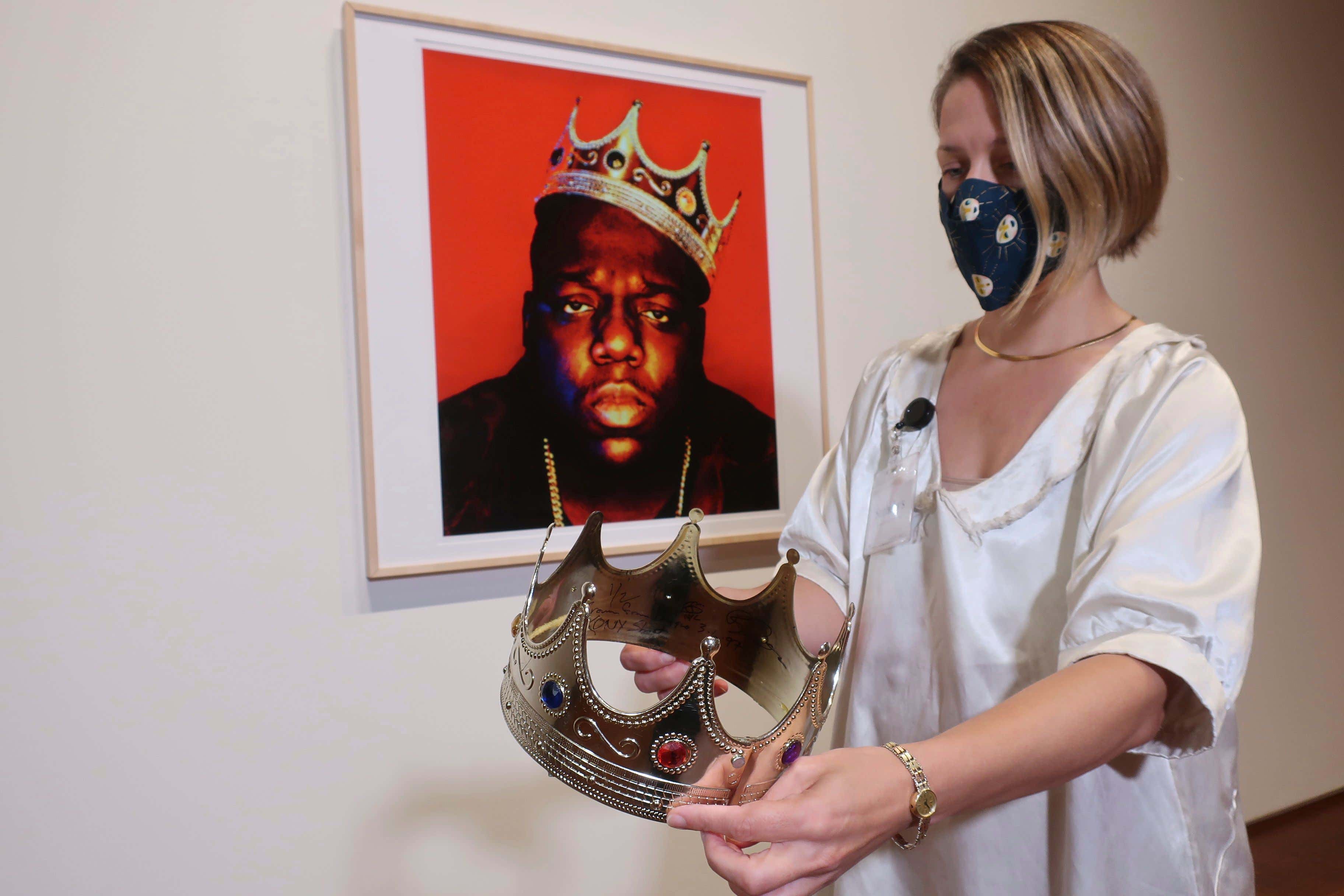 NY Post- At Sotheby’s, the crown is king. The plastic topper worn by Christopher “Notorious B.I.G.” Wallace in his last photo shoot sold for $594,750 (including Sotheby’s “buyer’s premium” fees and taxes) during an auction Tuesday night — despite its original $6 price tag.

At the auction house’s first hip-hop memorabilia auction — which featured a one-of-a-kind Def Jam Recordings jacket, a triptych of pioneering DJs painted by Fab 5 Freddy and Judith Leiber’s crystal-encrusted handbag inspired by a boombox — the crown’s original purchaser said he didn’t buy the royal-rig for its gold content and embedded jewels.

“This crown is a novelty item; I bought it at a place on Broadway called Gordon’s,” said Barron Claiborne, a 57-year-old photographer who lives in Brooklyn. Claiborne owned the crown and used it in the stunning Rap Pages magazine cover-photo he took of Biggie in 1997. “Without Biggie, the crown would not be worth [six figures]. I only paid six bucks for it.”

I know some people will be surprised by the price tag of this item. But as a diehard 90s hip hop head that not only considers Biggie the greatest rapper ever but that photo the greatest picture ever, 600 grand for that crown is barg........wait, he said the crown was PLASTIC?!?

“He said it would make Biggie look like Burger King,” recalled Claiborne. “But Biggie didn’t listen. He wore it anyway. And nobody’s ever told me that they look at the photo and think the crown is plastic.”

If you had told me Biggie took that crown from the Queen of England herself along with the #1 Mom pendant, I would have believed you or that it was at least some top shelf costume crown with the finest fake jewels in a metal top. But to say it was a whole $6 more than a Burger King crown you can get for free hurts my soul. What's next? Were Biggie's sweaters actually Cougey sweaters from Canal Street instead of the real deal Coogie from Barney's (I don't know if Barney's ever sold Coogie since I'm a poor that can't afford either). This is like being told Santa Claus is a made up creature designed to boost the economy and give people a boost of happiness before winter comes all over our faces.

To be clear though, none of this means the crown is worth a cent less in my mind. That picture still hits like machine gun funk to this day because Christopher Wallace pulled it the fuck off. Not only did Biggie represent lyrically but he represented physically, charismatically, and every other positive word that ends in "ALLY" because he carried himself like a fucking king despite fat guys with lazy eyes not exactly being how casting agents filled that role since he had a thesaurus for a brain and the sickest flow on the planet. If anything, that crown becoming iconic despite being a $6 piece of junk you can find at a bootleg Jack's 99 Cent and being able to pull off so many looks only adds to Biggie's legacy as the GOAT. 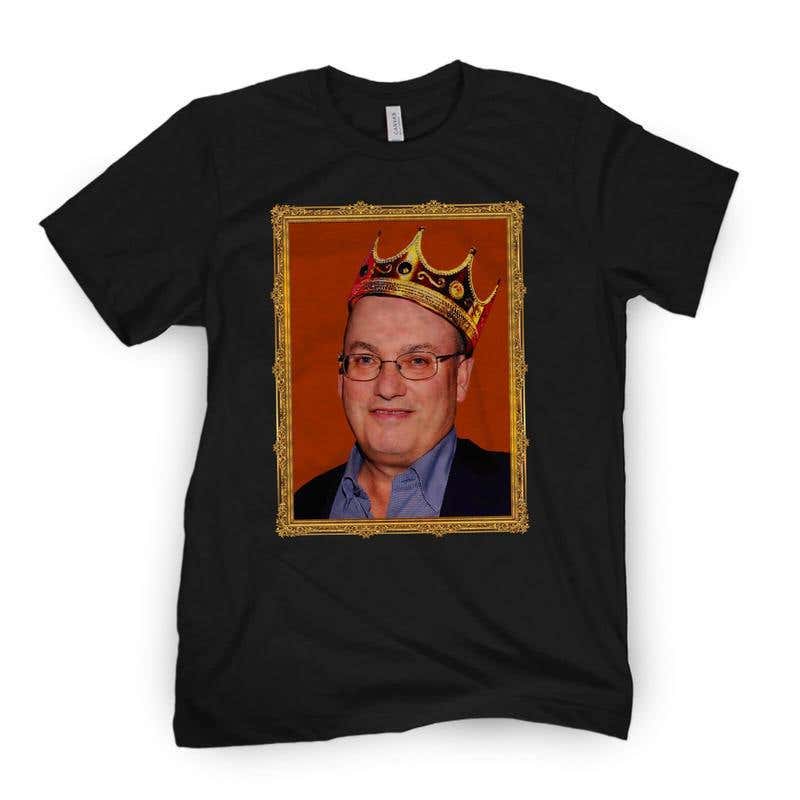 P.S. I just thought what if Uncle Stevie bought the crown a day after he bought the Mets so he could actually re-enact this picture? Honestly, I wouldn't put it the real life Bobby Axelrod and the greatest collector this side of Taneleer Tivan (Gotta put Uncle Stevie at number 2 until he acquires an Infinity Stone, which honestly is probably his next conquest).

P.P.S. I still need a palate cleanser after finding out that crown wasn't made of the finest gold the world has ever seen. Here are Biggie's three real albums since I've been listening to them while writing this blog and it's the only thing that makes me feel better right now.