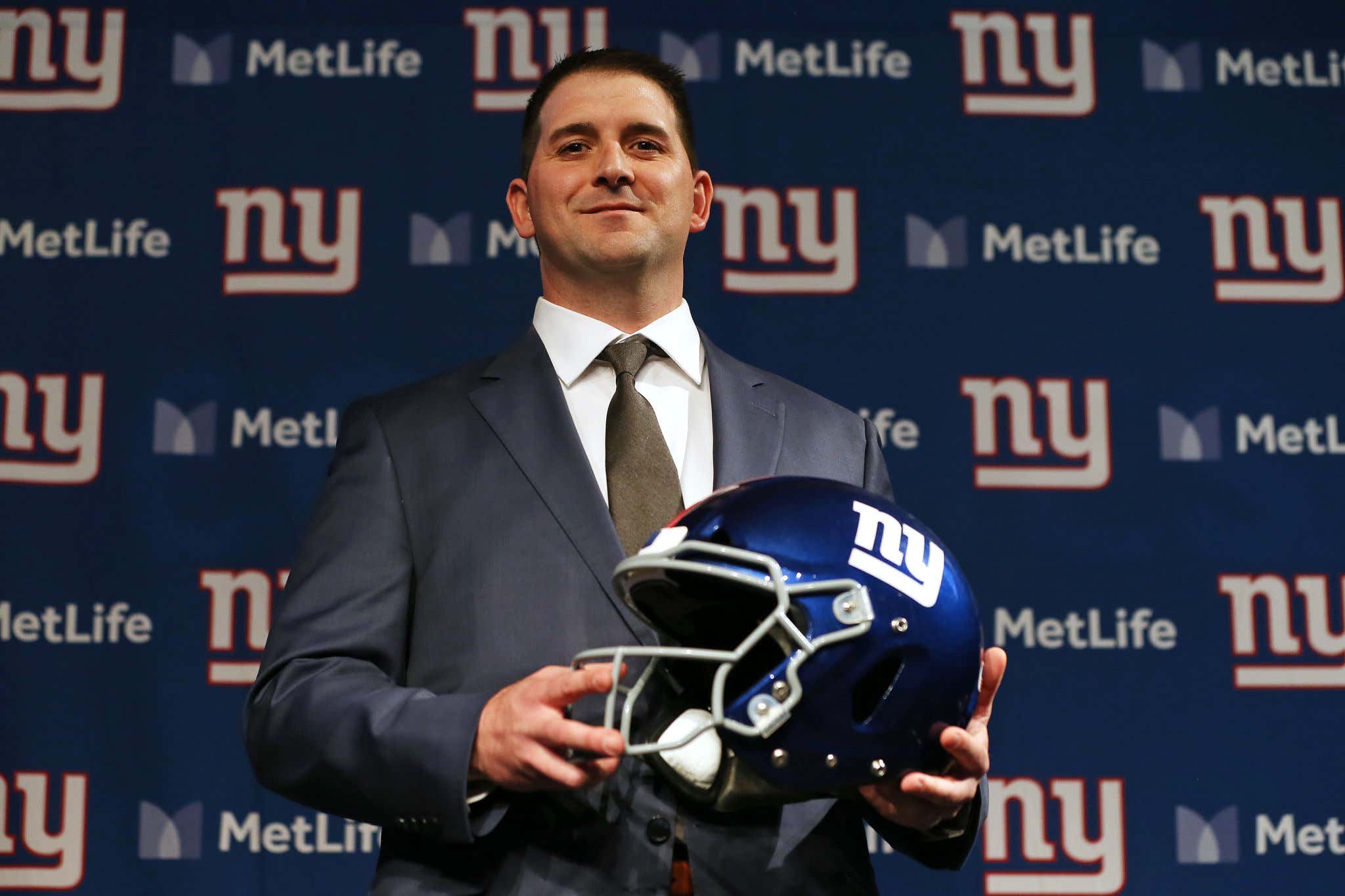 We've run our laps, held ourselves accountable, and become better fans/teammates/people because of it over the last 8 months. Tonight all that hard work pays off in front of the entire world. The internet will obviously be looking to pounce on a coach that they didn't know anything about when he was hired yet have somehow said everything he believes in is wrong as well as a QB that consistently gets disrespected despite putting up a 3000/24/12 rookie season in 13 games, along with these games.

I'm not sure what happened to that Mariota fella in the NFL but I'm sure he turned into quite a stud!

Clearly the biggest thing with Daniel Jones was his fumbling issues last year and David Wilson's Sunday Night Football debut a lifetime ago has me terrified of a fumble on the opening play (sorry for bringing that name up on what should be a happy night full of good juju). However if Daniel Jones is the guy we've been told he is when it comes to work ethic and coachability, that ball will only hit the turf on the rare chance Danny doesn't throw a dime to his receivers, which may include [gasp] all of the guys the Giants pay to catch the ball!

Anyway, add an ALMOST fully healthy set of weapons with the obligatory 2nd-year bump almost every QB gets, the nuclear football bomb we call Saquon being 100%, an offensive coaching staff that actually has succeeded in the NFL, an offensive line that should hopefully improve with some fresh faces and an O-Line coach responsible for some of the best O-Lines in football instead of the worst lines in football, and there is a lot to be excited about.

Unfortunately for that offensive line, and to be honest the entire offense, this season opens with four motherfuckers on defense with the Steelers being the first of a pass rushing gauntlet that includes the Bears, Niners, and Rams. Welcome to the NFL, Andrew Thomas. Meet T.J. Watt and Bud Dupree. Luckily for us, AT-AT had plenty of experience with comically fast and strong freaks of nature in the SEC.

The Giants defense is still a goddamn grab bag of scorpions with a D-Line that has some talent, a mish mosh of TBD linebackers, and a secondary that has been throw together on the fly thanks to opt outs and alleged armed robberies. This D coming together was going to be a big issue even if corona wasn't throwing everybody's schedules into a tizzy (sidenote: haha This D coming). However, I am fully resigned to another year of loud sighs and questioning if God actually exists while the offense watches from the sideline, even though the Steelers having two new starters on the right side of the line tonight is a bonus for whatever a semblance of a pass rush we have as is Big Ben shedding his walking boot on his arm for the first time in almost a year tonight and ESPN is so impressed by this game that they sent their "A team" MNF announcing team to Denver for Titans-Broncos and we got a clean sweep of doubters in the pregame.

Every time I get nervous about the Giants, I remember the person leading them into battle.

God I love this man. Coach Judge staring down his prey like a motherfucking tiger. I cannot wait to see what the Monday Night Football graphics crew has in store for us with a Coach Judge and/or Daniel Jones graphic.

After years of misery, I truly hope (and believe) that we may have the people in place to turn this ship around to being an actual competitive football team. I may be wrong but God I hope I'm right.

Fuck the haters, fuck the noise. You are either with us or against us. #TogetherBlue