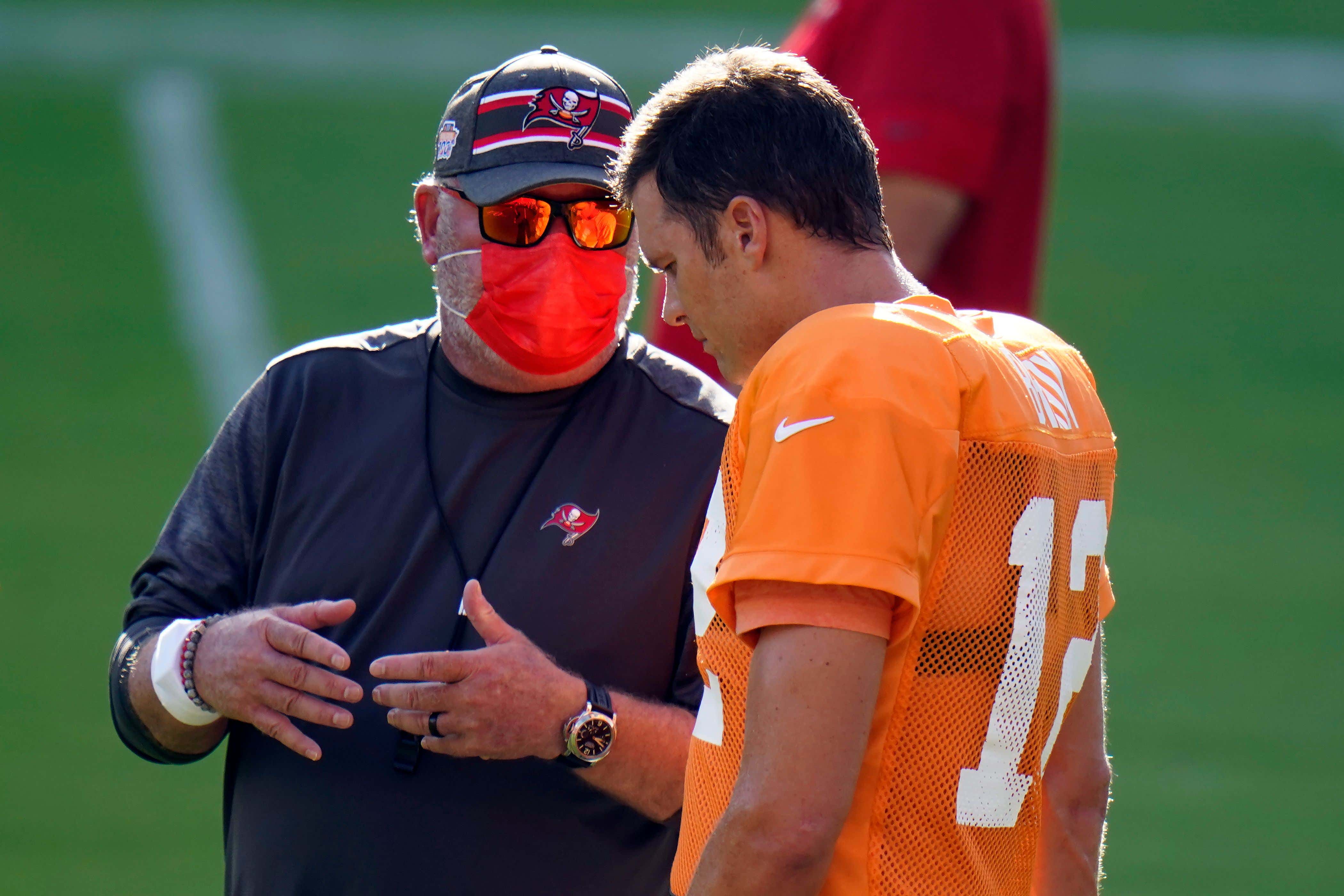 Just when you thought it was safe to go back in the Tampa Bay waters. When you were maybe preparing yourself for Bruce Arians to back off the public criticism he had for his new quarterback in his postgame:

… and that today he'd clarify, explain, elucidate and illuminate his earlier remarks and say we're all twisting them and he actually meant something much, much different, he's doubled down on them instead. Perhaps even quintupled down:

What the bloody hell? Who is this guy? I don't know this Bruce Arians. Never heard of him. Since when did he become the Coach Nazi? (Bruce Aryan?) This guy makes Bill Parcells talking about Terry Glenn sound like a preschool teacher getting the kids together for Circle Time. I dare say the last time a coach was this harsh, Herb Brooks was making his team skate gassers until Mike Eruzione remembered what country he was from:

Maybe Rogers Hornsby was telling Jimmy Dugan he's a talking pile of pigshit in front of his parents. But this? This is unheard of  in the modern ballplayer. Especially directed at the guy who's personally won more championship rings than all but two franchises.

So what in God's name is Arians' game here? Questioning Brady's GRIT of all things? The guy who hasn't missed a game due to injury in 12 years. Who didn't give up when his team was down 28-3 in a Super Bowl? Who won the AFC championship game after major surgery on his throwing hand, then threw for 505 yards two weeks later? That's the guy he's claiming lacks sufficient grit and determination?

Is he just trying to send a message to his whole undisciplined squad that it's no more Mr. Nice Coach? That no one is above reproach and favorites will not be played? Is he Or just trying to sell Pardon My Take merchandise?

How does he benefit from starting off a relationship like this? Anytime I see a married couple where one treats the other like garbage, I always remind myself that no one acts like that on the first date. Or the second or third. But at some point the contempt, the callow disregard, the lack of respect and the abuse came out. And I can't help but imagine when that was and how the relationship continued once it did.

But here we've got Coach McFun coming practically right out of the gate with it. They've finally picked a night to go out, they haven't even gotten dessert and he's pointing out all his dates perceived flaws before they've even gotten to know each other. I don't get it. Maybe it's a power thing. Or it's all about Tough Love. I just don't see how it's going to benefit the guy finding all fault in the long run.

It's going to be a fascinating few months in Tampa Bay, though.