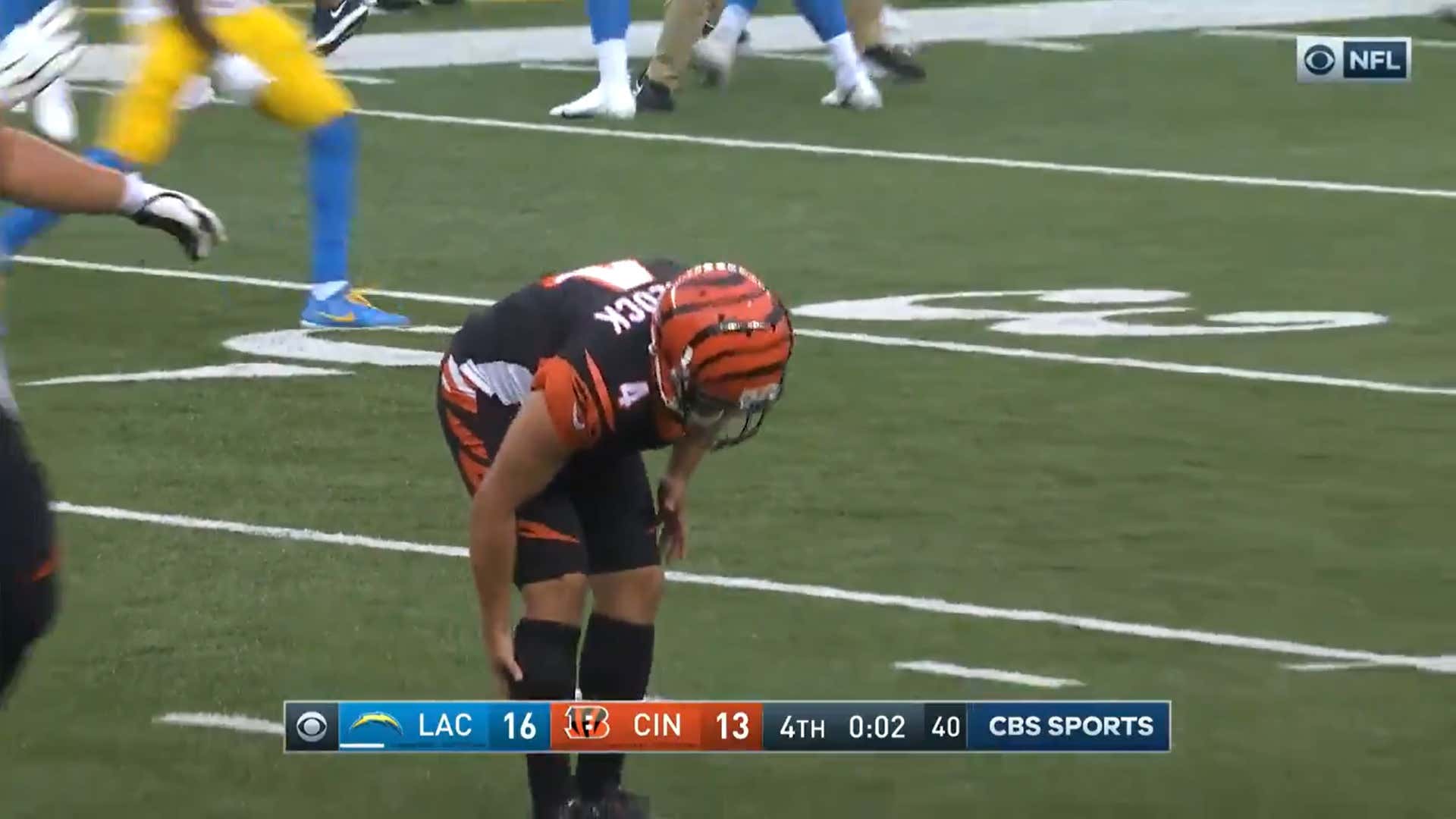 Good news for Randy Bullock is it looks like his left calf is going to be fine. No need to amputate or anything like that. Which I suppose was to be expected considering as you can see from the photo above, he pulled up grabbing his right calf after missing a 31-yard chip shot and losing Joe Burrow's NFL debut for the entire city of Cincinnati. Still no word on whether or not his right calf is fucked up but somehow that didn't make it to the injury report.

So poor Randy over here has been getting dragged for the past 20 hours or so because the everybody is convinced he faked an injury after blowing the game. I'm for sure one of those people. But I also think it's unfair of us to hold kickers up to these unrealistic standards.

We, as fans of the game, cannot have it both ways. We spend so much of our time shitting on kickers for not being real athletes. They're just a bunch of freaks who can boot the shit out of the ball. Not an athlete, just a freakishly strong leg.

But if we're going to act like kickers aren't athletes, then they should be allowed to fake an injury here and there. Same way you might fake an injury when you get back from playing some pickup hoops on a Saturday morning so you don't have to go out grocery shopping later in the day. You come home on a bit of a limp, throw some frozen peas on the ankle, say you twisted it during the game and that you think it would be best to just rest it on the couch for the rest of the day. It works for you because you're not an actual athlete and it's believable that you're so out of shape that even the most minimal physical exertion would put you on the IR. The shame should go for kickers. Especially after a huge missed kick that blows the whole game and now everybody hates your guts.

So either we let kickers have their one free fake injury pass per season, or we have to start treating them like real athletes. That's a decision you'll have to make on your own, but I can't sit here and fault Randy Bullock one bit for this move. His only crime was screwing up his story after the game and accidentally saying it was his left calf instead of his right. Gotta get your story straight.