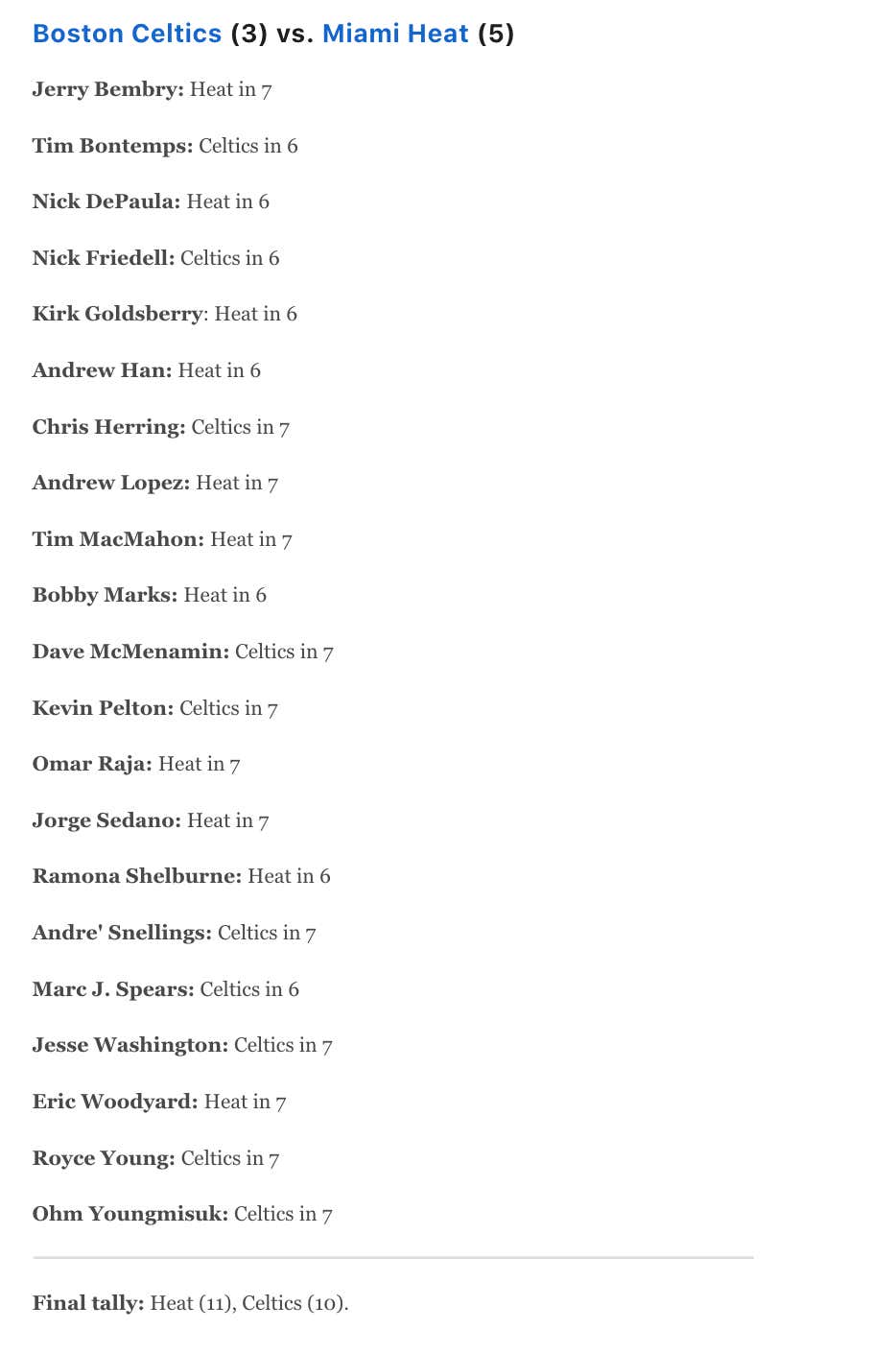 I'm not totally sure it makes sense to call the Celtics "underdogs" in their Eastern Conference series, I mean last I checked Vegas still had them favorites to pull it out. But I will say it makes me feel fantastic that once again the "experts" at ESPN are sleeping on this team. Remember, we had the same sort of result in the last series, when an overwhelming collection of "experts" picked the Raptors 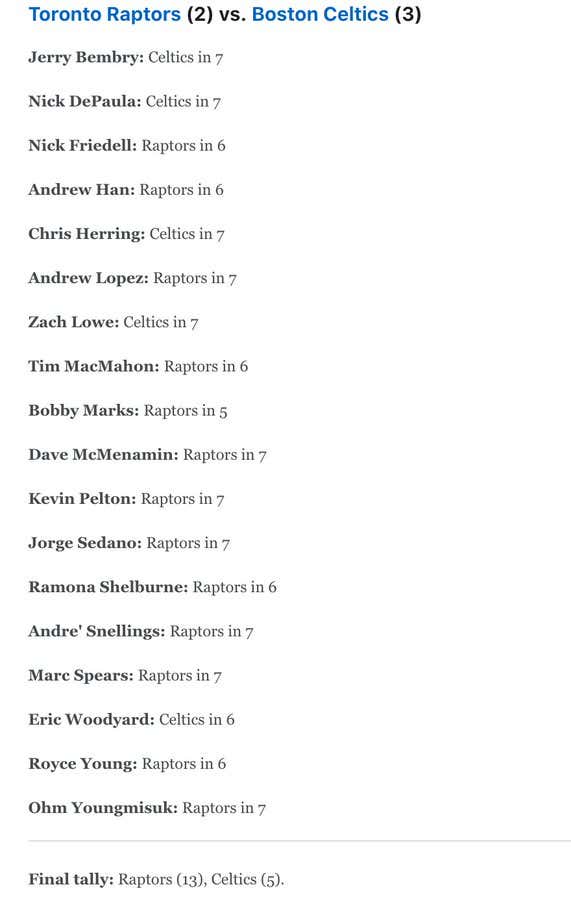 Whoops! Things are a little more even this time around, so maybe some are starting to learn. This isn't me saying the Heat aren't good, my stance on them couldn't be further from that. They are playing some of the best basketball in the entire bubble. Forget that the Celts have the best defense in the playoffs and the second best net rating of the entire field, the Heat are playing well. They have earned and deserve the hype they get. That's why I love this. Keep giving it to them. Keep picking them to win this series. I'll take the "nobody believed in us" route without complaining. These are just all things that Brad can show to his team to help motivate as a prepare for tomorrow night.

I get it, Heat took out the Bucks in 5 whereas the Celts had to fight in a Game 7. Here's the thing. The Celts are not the Bucks. The Bucks pretty much quit the second they got to the bubble. Both MIA and BOS had a joke of a first round so you can't really take anything away from that. I look at it through the lens of the Celts have been pushed and battle tested. Miami hasn't. We have no idea how they will respond to adversity because nobody has been able to give them a real test.

That's why I like these picks. Give all the love to the Heat. Pressure is on them right if everyone thinks they'll win? Love that. We'll just be here minding our own business, getting Gordon Hayward back and doing shit like this