After the weekend off, Stool Streams returns this afternoon at 2 PM. We have three great Jenga matches ready to go, and here is everything you need to know before making your picks for a chance at the $500 Progressive Jackpot.

Storylines to Know: How will Big T react being the lone rookie in this match? The other three competitors are itching to separate themselves from the middle of the pack, right around .500 records so far.

Quotes to Remember: "I'm excited that Big T is going to make me look tan." - Kate

"Liz and I have been longtime friends. We went to a Tupperware party together a few weeks ago. Her and I both love containers." - Nick

Analysis: This one will come down to the storyline above. If Big T can play like he is not making his debut, his squad could come out on top. Kate will have to manage him well, especially when it comes to violations. 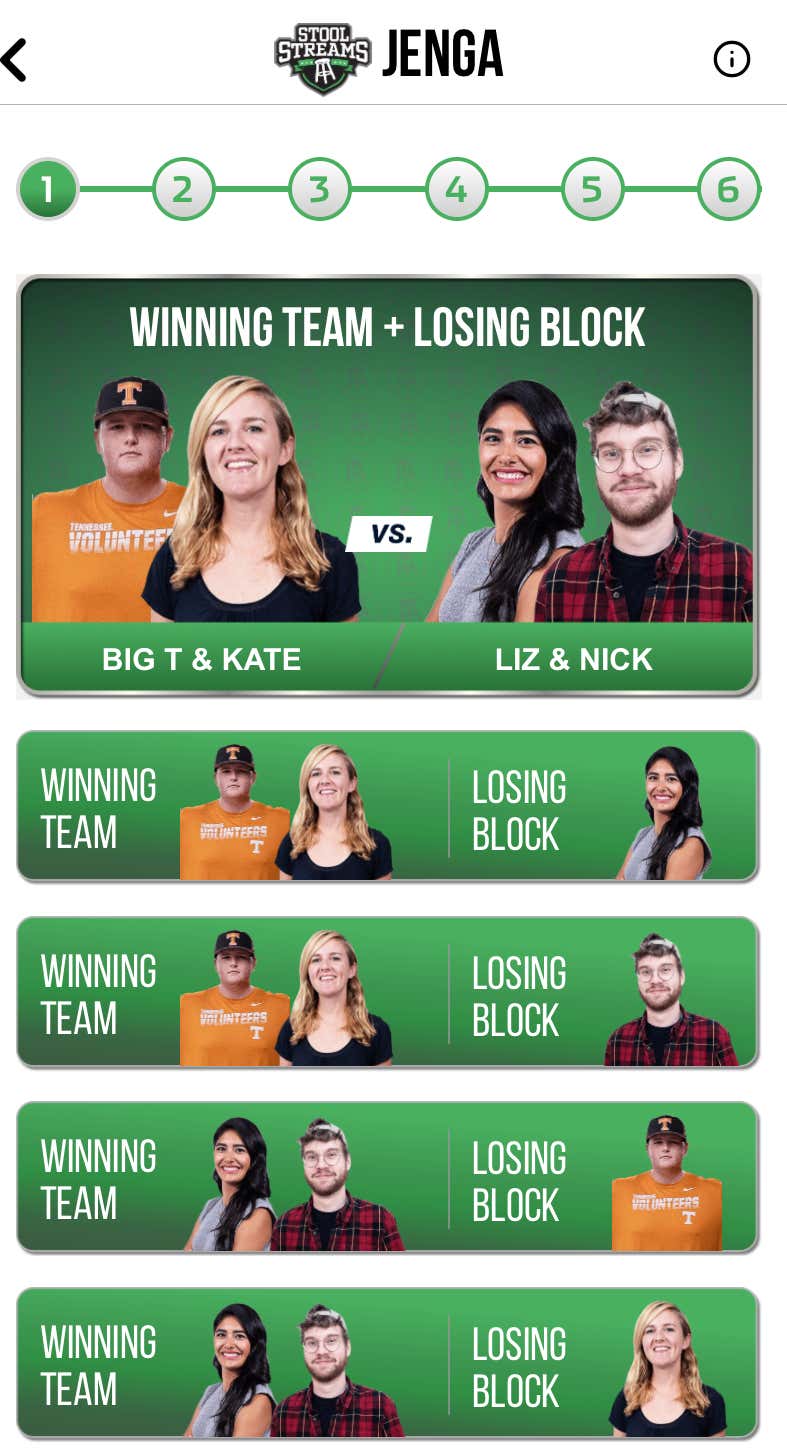 Storylines to Know: Hometown friends batting it out - Pat and PFT have known each other since they were 12 years old, so they have a feel for each other's game.

Quotes to Remember: "Easily my mullet is the best part of my game. I'm gonna see if I could whip my mullet to knock a block out." - Pat

"Pat's nickname in middle school and high school was Mr. Unathletic, which is a tough nickname to have especially if you hang out with friends as unathletic as ours were." - PFT

Analysis: There is no question that Mr. Cat and Mr. Commenter come into this one as HEAVY favorites. If Vibbs and Pat can stay mentally tough and not give into their tricks, they have a shot. All you need is a shot. 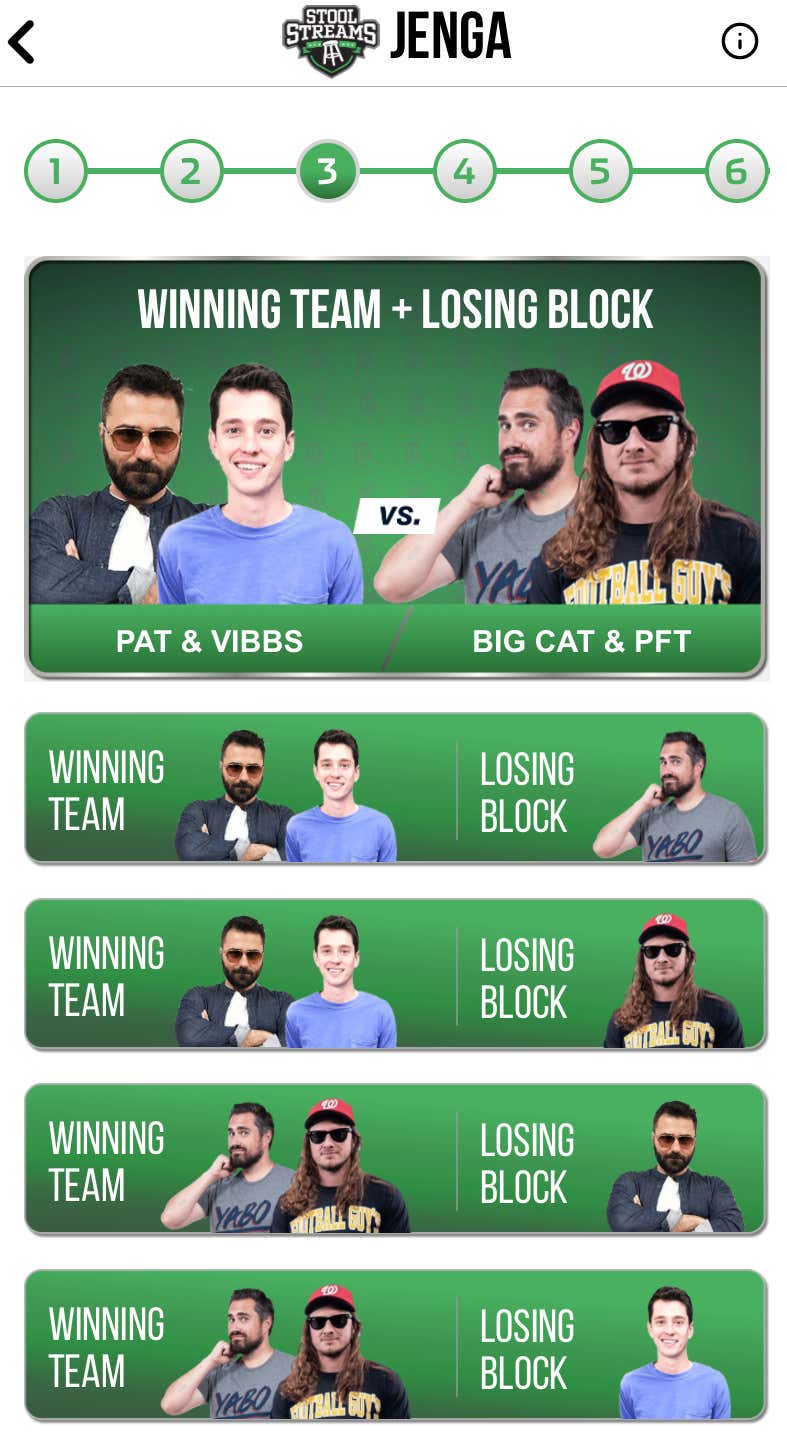 Storylines to Know: Cons may be a rookie, but the other three competitors have proved they will bring fireworks to the Triple S. Between Tommy's moans and Glenny's electricity, something crazy is bound to happen.

Quotes to Remember: "Glenny is must watch TV, I hope he gets enough sleep, you never know what you're going to get with him." - Tommy

"I've had the highs and the lows. I'm happy to be here. I think Jenga is my fu*king game. It's a great time." - Glenny Balls

Analysis: Glenny, if you're reading this, please don't use two hands. You got this. 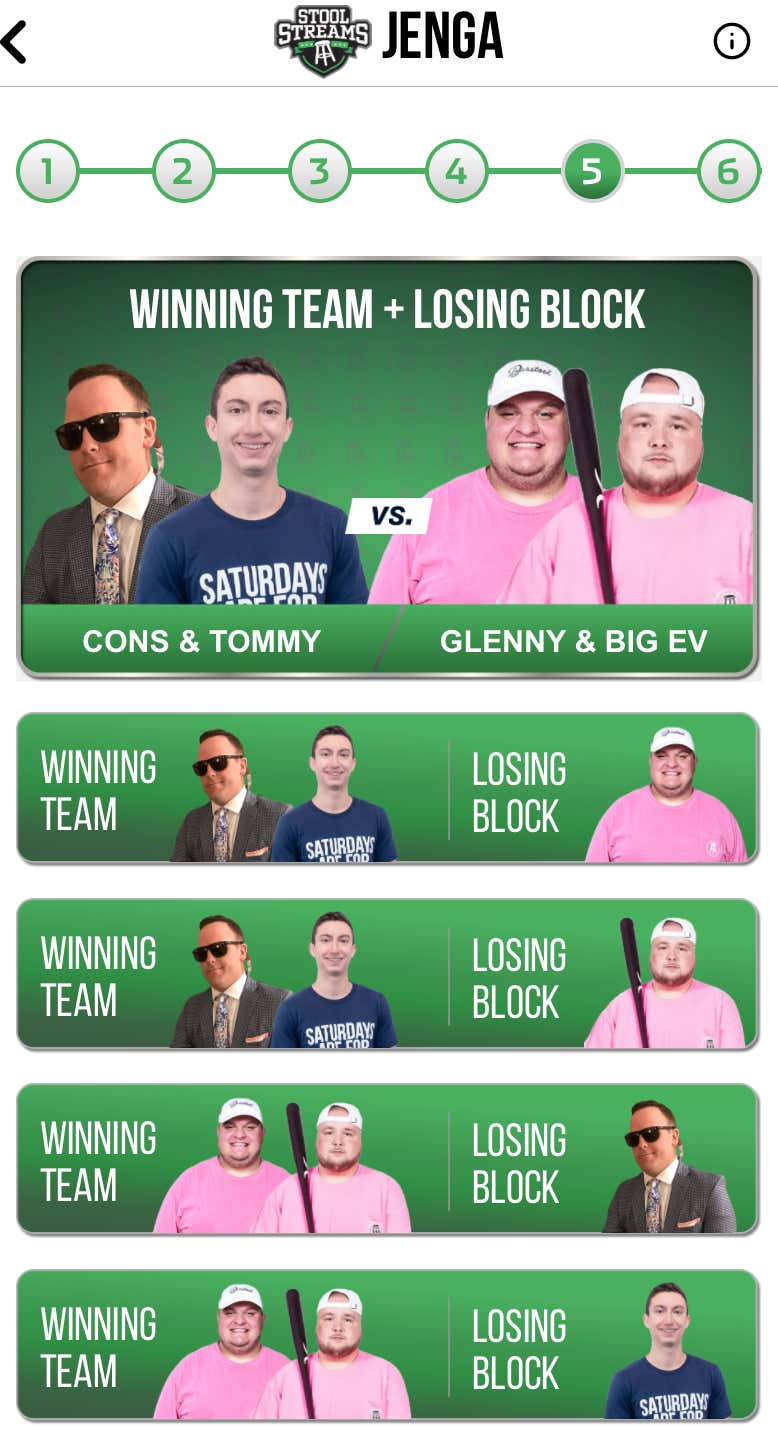 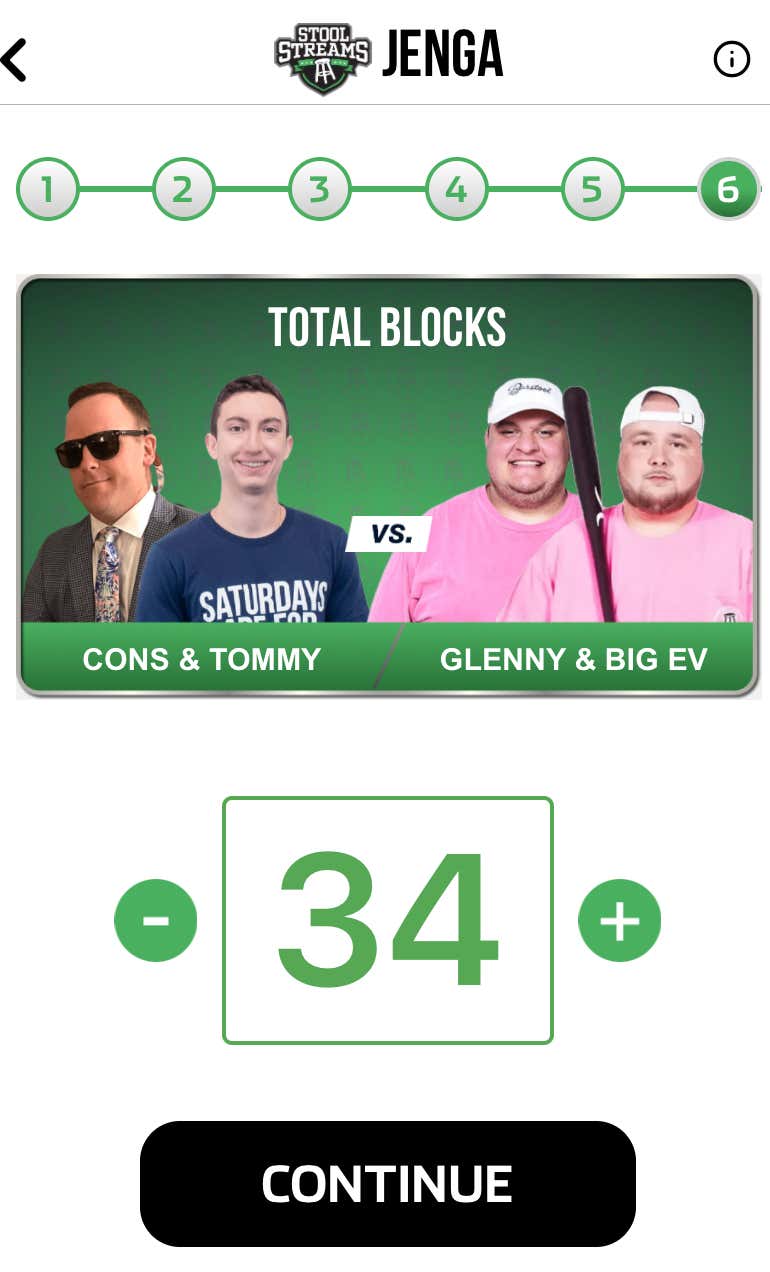 Also, here are the corresponding block numbers for each match, which is especially important for Question 6:

We will see you inside the Triple S at 2 PM ET. Jeff D. Lowe and I will be in the booth, with Mr. Commenter roaming the sidelines. We'll see you then.
jenga+ 2 Tags