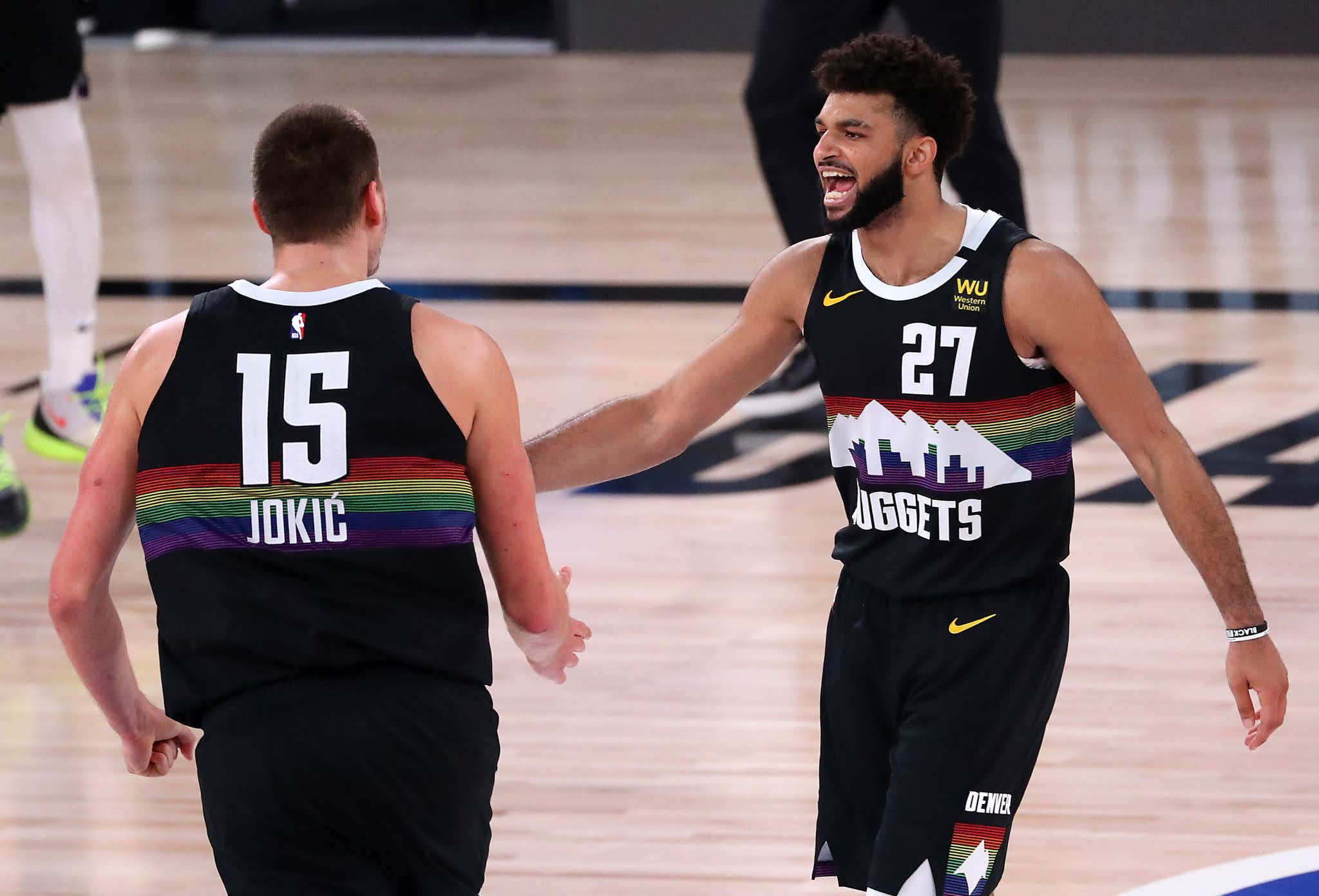 Good morning everybody happy Monday and welcome back to another edition of Last Night In The NBA where we bring you up to speed on everything that went down from the day before in the Association. Listen I get it, yesterday was about the start of then NFL season. The NBA for some reason scheduled the Nuggets/Clippers at the exact time NFL games were starting. I'm betting that a majority of you did not even give this game a second of TV time because ya know…football. Please don't be offended when I tell you that you are a moron of the highest degree. You missed one hell of a Game 6. The good news is I'm also here to show you everything that happened. It beats looking at your fantasy roster that got killed in Week 1. So if you spent the day watching football or for whatever reason missed the action on Sunday, here's what happened.

There is something to be said when a team has back to back series in which they call behind 3-1 only to then force a Game 7. That's a team that plays with zero fear. The Nuggets enter this Game 7 with house money. Nobody expected them to be here. The Clippers are the ones that are the title favorites who refuse to close this team out. All the pressure is on them and the Nuggets know it

It's pretty remarkable really. Maybe the trick to the Nuggets never losing again is always getting down by 15 points while facing elimination. It worked against Utah. It worked in Game 5. Now its worked in Game 6. While it may be maddening for any Nuggets fan out there, as a casual observer I find it fascinating to watch. There are times this team looks completely out of their league while playing the Clippers. But then they flip a switch and become this unstoppable force. Jokic hitting ridiculous shots as well as knocking down huge threes

34/14/7 on great splits and 4 3PM made. Jokic continues to be a monster this entire series. For this team to win though, they need Jamal Murray to get it going. It's not just the points, its the efficiency that is so crucial. Well how does 21/5/5 on 9-13 sound?

When it came to needing a huge second half, Murray finished 5-6 from the floor. In fact let's talk about that second half because it was basically the story of the game. The Nuggets looked like they were going to be in a world of trouble while facing a 63-47 halftime deficit. The Clippers were making everything, shooting 55/50% while taking double the FTA. Things could not have been any more different over the next 24. The final damage was a 64-35 turnaround, while holding the Clippers to just 26/26% shooting. Meanwhile, the Nuggets couldn't miss.

The reward for this performance is a do or die Game 7. Their second of the playoffs. Against the title favorite. Pretty impressive for a team that many didn't even think would win 2 games. You have to give the Nuggets credit, they are a resilient group. Jamal Murray can easily get hot enough to carry a Game 7.

For LAC, you played with your food. The one thing you cannot do when you are up 3-1 is allow your opponent to gain any confidence. Now it all comes down to the next 48 minutes. All the hype, all the people rewarding them with the title already, well now it could all come crashing down because this team has not been able to hold onto a 15 point lead in multiple closeout games. That feels weird to type because you would think a team with Kawhi would have taken care of business by now. In a game he and George combined for 58 points

they didn't get much help. No other Clippers starter had more than 5 points, and then their two big guns off the bench in Lou Williams and Harrell combined for just 19 points. Harrell was almost unplayable which certainly isn't great. It never helps when Patrick Beverley fouls out with just 17 minutes of action and 2 points. Do we need to start talking about a potential choke factor here? The Clippers have never won a clinching game when a trip to the WCF was on the line. As someone who would like to see LAC/LAL I kindly ask that they get their shit together.

If they don't, and the Clippers waste Year 1 of George/Kawhi while both have player options after next season, it's fair to panic a little bit. A title favorite not even making the conference finals? Who are you, the Bucks? You can't have that. You also can't have Kawhi/George going 6-21 in the second half.

Now we get a Game 7. Every single one has delivered so far this bubble playoffs so why should this one be any different. We know that even if the Nuggets fall behind early, they aren't out of it. Will Kawhi have some Game 7 heroics to reach the conference finals like he did last year? Will Paul George show up? Will the Clippers play like they care? Is Bubble MVP Murray back? The list goes on and on and I for one cannot wait.

And that's it! You are now all caught up with everything that went down yesterday in the NBA. Unfortunately because the Rockets couldn't win a goddamn game we don't have anything on the schedule tonight, but the Eastern Conference Finals begins Tuesday so do all your chores/errands/whatever tonight.