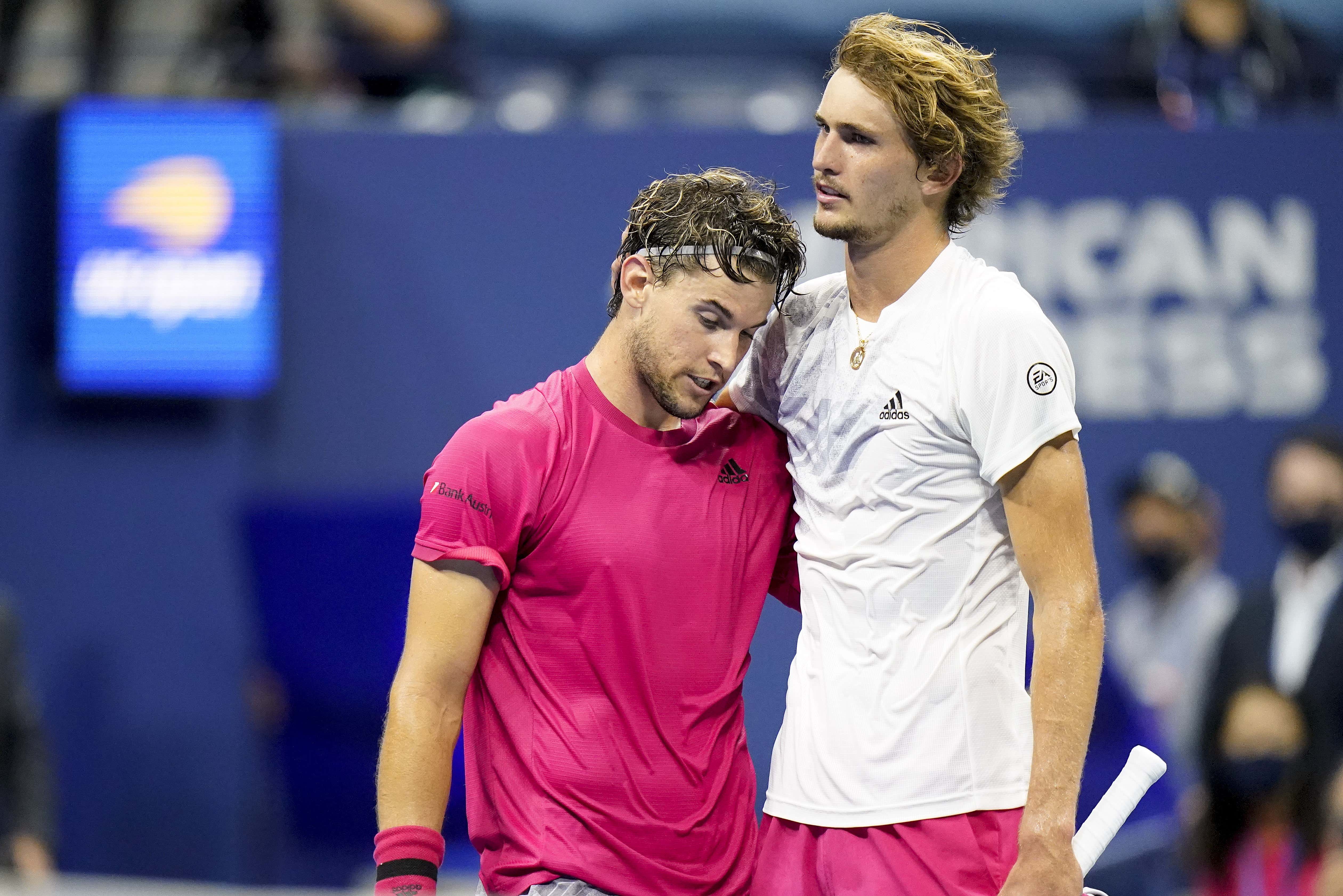 I know there was NFL on today and it was awesome, but the final of the US Open today may have been the weirdest, most bizarre final in tennis history. The number 2 seed Dominic Thiem entered the match a -400 favorite and I expected him to roll Alexander Zverev. Instead the German came out on fire and Thiem couldn't serve to save his life. I think he had somewhere near a 30% first serve percentage in the first set, which is atrocious in case you're not familiar with the game. All of a sudden in the 2nd set as Zverev was trying to serve it out momentum started to shift. Thiem got a break and started to look more like himself. He still lost the set, but you could see things were turning in his favor. Zverev's serve was dying down and Thiem was finding himself.

Thiem won the 3rd and 4th sets to level the match. He broke early in the 5th and seemed like he was going to cruise his way to the title. Now of course this match went the complete opposite of how things should have gone so Zverev broke right back. Thiem's physical health then began to break down. He was cramping bad in his legs and lost almost all of his movement. Zverev broke him to go up 5-3, setting himself up to serve for the match. All he had to do was get some first serves in and it was his title. Nope fuck that, he immediately went down 15-40 and lost his serve. Remember, Thiem couldn't fucking move AT ALL. He was basically limited to slice backhand and that's it. After a Thiem miracle hold the final set was all tied up 5 a piece. Zverev lost his serve AGAIN to put the match on Thiem's racket. Thiem then got broken AGAIN because he couldn't move and Zverev was just teeing off on his weak shots. A final set tiebreak would decide the US Open.

Thiem immediately went down 2-0 in the breaker and looked like he was going to just tap out. In classic Zverev fashion he gave the mini-lead right back and trailed 3-2. Thiem got a break and held a 6-4 lead on his serve to win the US Open. He would miss two forehands wide to level the tiebreak 6-6. On the point that made it 6-6 Zverev served up a 68 mph second serve that basically crawled over the net. None of this match made a lick of sense.

Thiem then ripped a forehand winner past Zverev at the net to take a 7-6 lead and once again serve for the match. This time he got it done and became the first man to come back from two sets down to win a US Open Final since 1949. Insane. Good for Thiem winning his first slam. Dude collapsed when he finally won and actually had trouble getting up. What a warrior. Zverev's choke job track record only grows bigger. I truly don't know how you come back from that mentally. I feel bad for the dude, he was crying after the match saying how he wished his parents could've been there. Easily the best result he's had at a major, but that's so tough to lose it that way. He wins that match and it could've flipped a switch confidence wise to turn him into a monster. All for nothing. I don't even know what to think. I'm just as confused as I am thrilled after watching that.

Tennis gets shit on as a sport, but that match was fucking insane and that 5th set was truly unreal. French Open in a week!