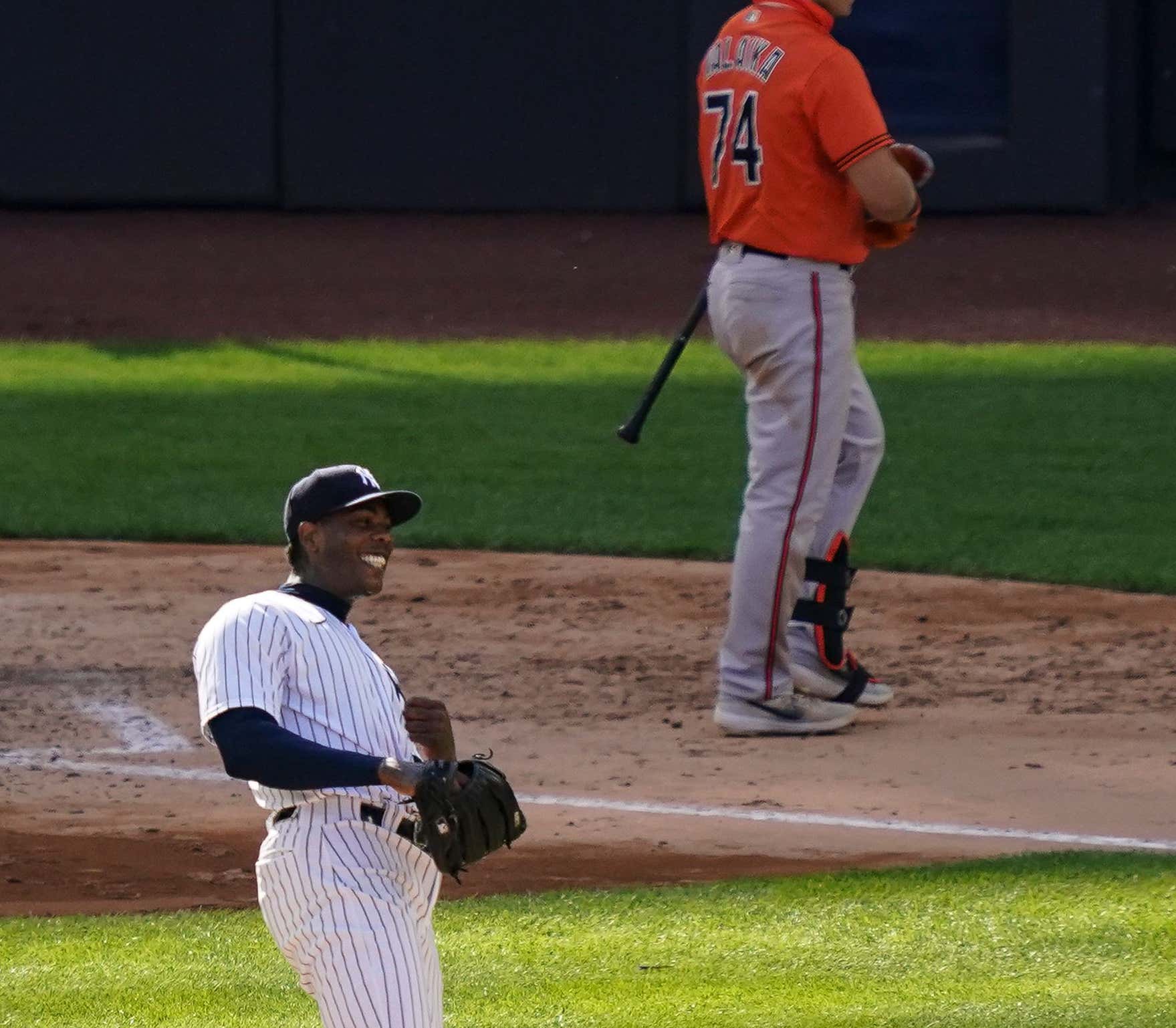 The Yankees won their fourth baseball game in a row today with a 2-1 walk off victory over the Baltimore Orioles. Great pitching again, Voit with the walk off sac fly, all good things despite some sloppy defense. All of that is super, but the real story is with Aroldis Chapman and it has nothing to do with how he pitched.

In the middle of the left hander's 9th inning appearance Aaron Boone ran on the field to check on Chapman who looked a little odd out there. They immediately started laughing with each other as Chapman stayed in the game. He'd go on to throw a 1-2-3 inning so clearly he was fine, but what the hell was that?

What a response by Bryan Hoch with the "Oh….okay…no follow up." Just fantastic journalism there. Last answer he expected there after a whirlwind of Yankees injuries in 2020. Mother nature calls. So I guess Aroldis Chapman did in fact shit himself on the mound. Maybe we can get gun girl to weigh in here? Odell gotta be chomping at the bit hearing this news. Okay, I'll stop.

There was nothing on his pants to allude to an accident of any kind, but maybe he thought a fart was coming and well, it wasn't a fart. We've all been there, but obviously not on an MLB mound. Chan Ho Park certainly can relate. One of my favorite interview moments ever.

I'm going to move on with my day that he actually pooped his pants because that's a way more fun narrative. No shame here, we're all human. It probably happens to me once a year. Sometimes you've to go and you're in the worst spot imaginable. Good news is he didn't figuratively shit himself out there and tossed a good inning. He was all smiles after recording the third out. Shit eating grin and all.

But hey the Yankees won and go for the sweep tomorrow. Happiness. Baseball is fun again.