I think by now everyone knows that Steve Buscemi was a New York City firefighter before he got into acting. Even already knowing that I still think his story is worth sharing every year around this time, especially on the 20th anniversary of 9/11. If you are not familiar, well I'm really glad I'm reposting this so his story spreads even further.

Steve Buscemi was a part of FDNY Engine 55 in the 80s, and right after 9/11 he headed down to Ground Zero to help his old group and try to save lives. This dude worked 12 hour shifts trying to dig people out of the rubble because that's what he felt he needed to do. No one called him and said they needed help, he just did it on his own. True bravery and real life hero shit. 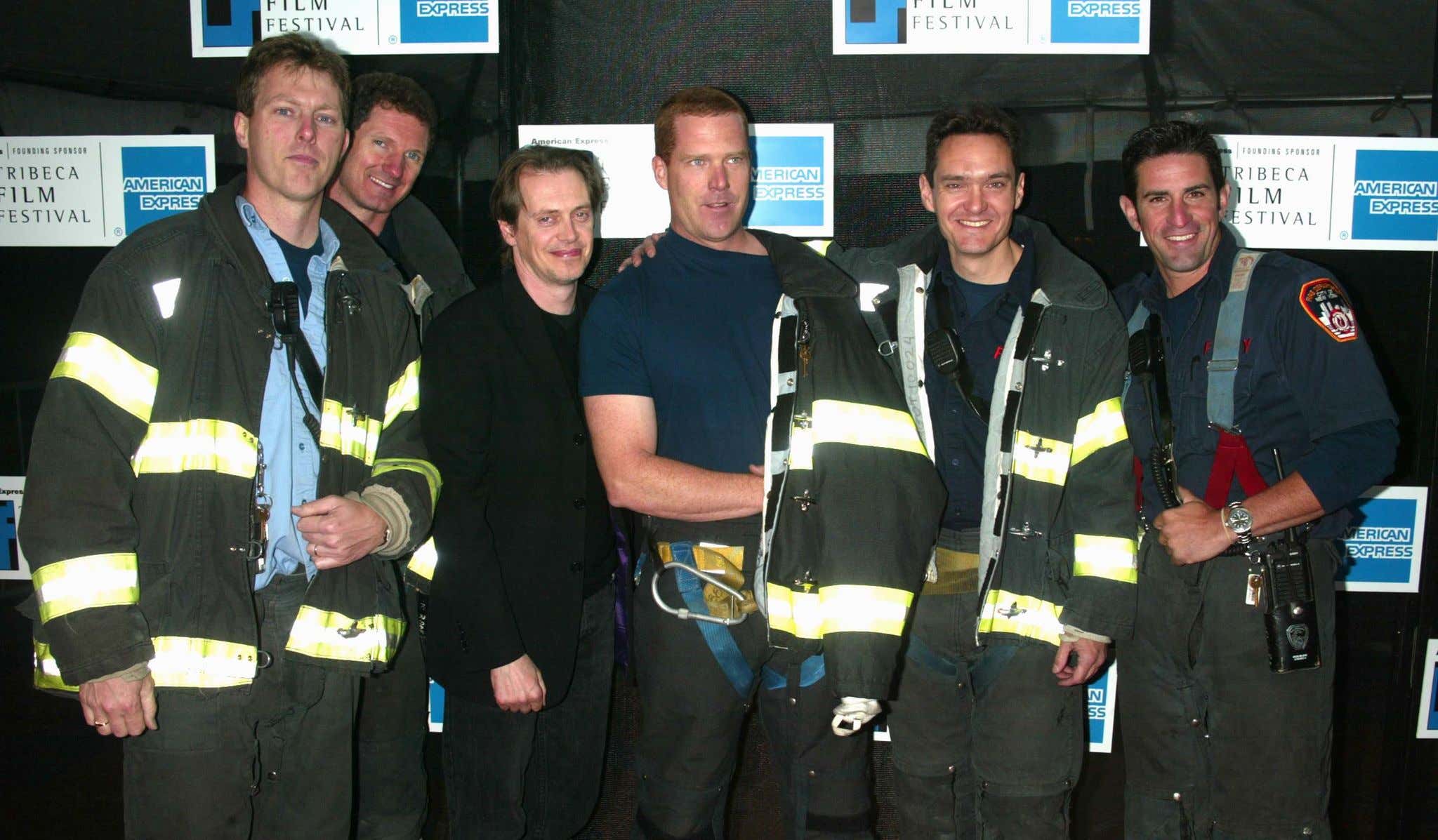 The guy is a hero in every way shape and form of the word, despite how humble he tries to be about it. He did almost zero press about his actions, but did get asked about the moment at a charity event a few years ago.

Today is such a wild day to look back on and reflect. If you haven't read Large's blog yet please click out of this right now and do so. It's probably the best blog ever written on the site.

I was young at the time of this terrible day, but I'll always remember how nervous we all were as a family waiting to hear back from my dad. He worked in the city at Salomon Brothers, which was right near the towers. My dad, like countless others, had to walk miles upon miles to get to a safe area where he knew someone and could crash for a bit. For him that was Brooklyn, which was a three or so hour trek. It wasn't until much later in the day when he got a hold of us to say everything was fine. That time leading up that phone call was something I wouldn't wish on anyone. Minutes felt like hours as we just waited for the phone to ring. Obviously for those less fortunate, they never got that call saying everything was fine. Some never got to say one final goodbye. It's such a tragic day to look back on, but good stories like Buscemi's at least help inspire people and lift us up a bit to show there are still some really genuine people out there.