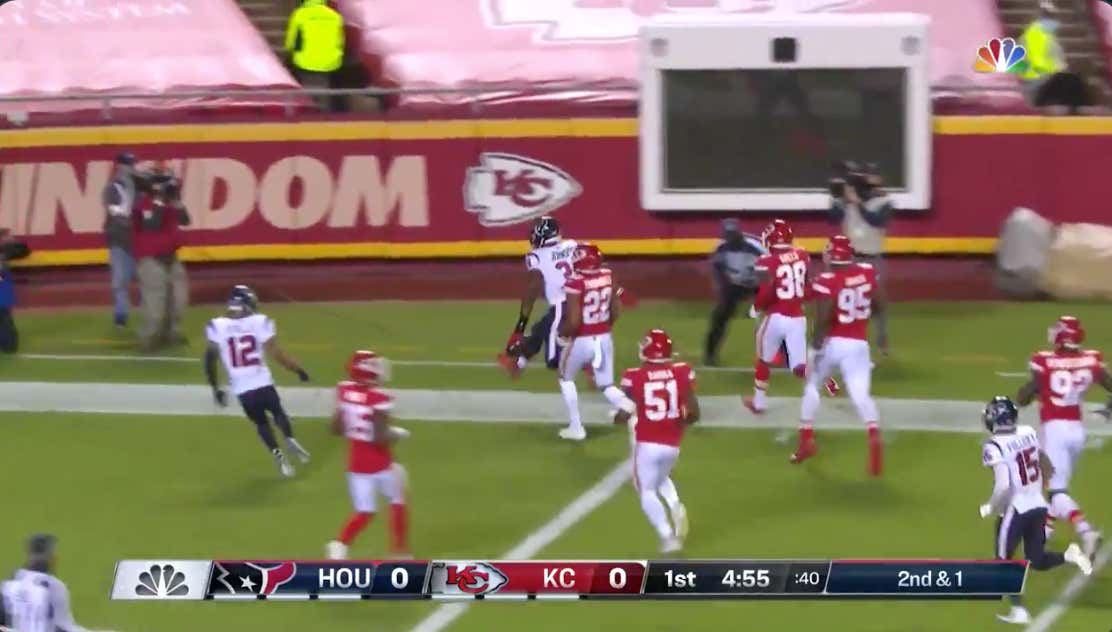 Yesterday was the first time in the history of the world when the NFL, NBA, NHL, MLB, MLS and WNBA all played on the same day. It was awesome. I'm not going to act like I sat down and watched games from all of those leagues but the day was packed to the gills with sports. After everything the world has been through over the past few months, we earned the shit out of yesterday. Again, it was awesome. There was almost nothing at all to complain about with that many games being on the same day.

You see, I recently decided to finally cut the cord. It was a decision that was long overdue. After Comcast has bled me dry over the years, I finally told them to kiss my ass. And by kiss my ass, I mean silently cancel my service and have only nice things to say when the customer service representative asked me why I was leaving, because I try to avoid conflict at all costs. So then I went with Hulu TV because I'm a sucker for advertising and Joel Embiid being one of their big guys is what put Hulu over the edge of YouTube or Sling or whatever other options are out there. And for the most part, I'm content with the service. That is, of course, until this whole "Hulu has live sports" thing comes about.

Hulu has sports. Hulu has very close to being live sports. But what Hulu actually has is like a 50-second delayed sports. Now in any other life living in any other place, that wouldn't necessarily be a huge problem. In fact, it wouldn't be a problem at all. Having to watch live sports happen just under a minute from when the event actually occurred? The definition of a First World Problem. I'm aware of that. But when you have friends and family who don't have the same delay as you, or let's just say you're constantly on Twitter which has an automatically updating feed of everything that happens exactly when it happens? Well that delay then turns itself into a giant fist and it blasts you straight in the ass.

I have to cut myself off from the world in order to actually enjoy "live" sports. Because if I don't mute those group chats, everything gets spoiled for me at least 20-30 seconds before I get to see it happen. It's gotten to the point where I need to completely turn off my phone because even if I hear the notification vibrations buzzing, I know that at least something meaningful is about to happen. So basically right now I have cut myself off from the few people in this world who actually like me. Pretty much everybody besides my dog. All because there's a delay on the stream and I can't risk major moments getting spoiled. Friendships, relationships, Twitter. They've all been destroyed by this damned delay. Turns out that "cutting the cord" is actually more of a metaphor than anything.

Sidenote: If I ever ran for President, one of the first things I'd do in office would be to get rid of time zones, create a universal broadcast, and make it a law that if a game is supposed to be an 8:20 kickoff, the game actually gets started at 8:20. Think I'd do pretty well in the polls.