Live EventCome Drop Some Lines In The Water With Gone Fishing With Chaps And CarlWatch Now
Live EventWalk The Line - January 15th, 2021Watch Now
The Barstool Fund - In Support Of The 30 Day FundLearn More 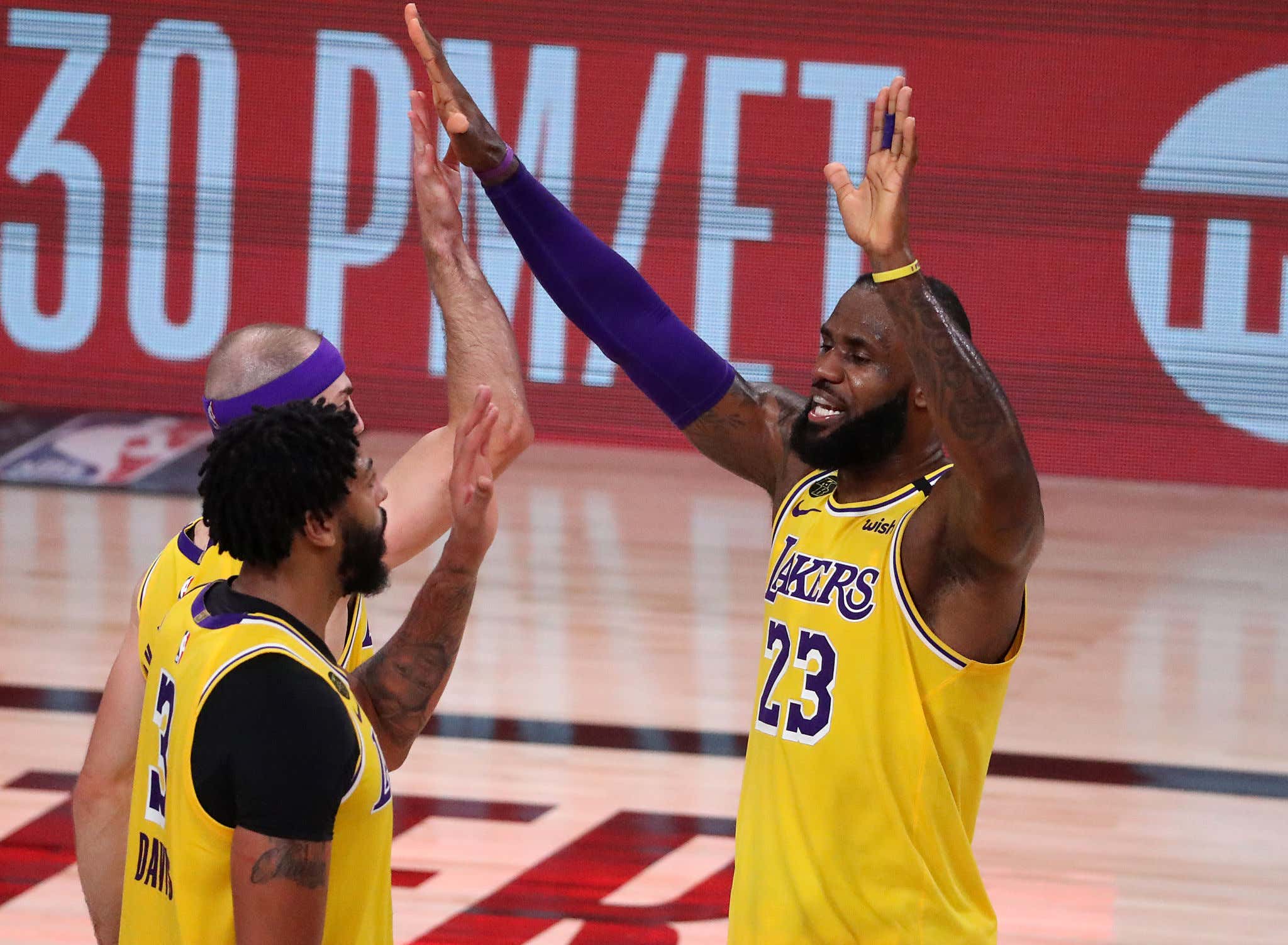 Good morning everybody happy Friday and welcome back to another edition of Last Night In The NBA where we bring you up to speed on everything that went down from the night before in the Association. We only had one game on the schedule on Thursday night, but it was another huge momentum game. As we know there is a huge difference from tying a series up 2-2 compared to realizing your season is probably over falling down 3-1. We saw the Nuggets fold in this situation the other night, and now it was the Rockets turn to see what they could do against a title favorite. If you missed any of the action, here's what happened

Don't let the final score fool you, this game was not that close. As it turned out, the Rockets would play just like the Nuggets and lay and egg offensively in the most important game of their season. Remember the team we saw in Game 1? Well they haven't made an appearance in this series since. They were going to need to be pretty much perfect to tie this series up, and unfortunately they were anything but. They never could really figure out how to solve the Lakers decision to double James Harden, he finished just 2-11, and then guys like PJ Tucker gave them absolutely nothing offensively, finishing 0-4. This was a game where they even got a decent night from Westbrook, he had an efficient 25

But just like we've seen in pretty much every game this series, the Rockets have one bad quarter where they go cold and they just can't recover. In this game it was the second quarter, they were able to hang with the Lakers and come back from what was an early deficit and make things close, only to come out and shoot 26/25% with 5 TOs in the second They had more TOs than FGM in that frame. The Lakers dropped 31, and that was that. The Rockets never really challenged again, despite outscoring the Lakers in both remaining quarters. Defensively they didn't play with the intensity you needed to see, they got killed in second chance points 17-2 and fastbreak points 19-2, and when that happens you are not beating this Lakers team.

Getting only 3 points from two starters in Tucker/Convington in a must win game is certainly hard to stomach. James Harden will get a lot of the criticism for his performance which he should, but let's also not pretend like the other Rockets showed up either. Now they need a miracle to keep their season alive, and I'm just not sure its coming.

For the Lakers, it was another game of LeBron/AD dominance

and even on a night where LeBron didn't shoot all that well he still finished with 16/15/9. AD has shredded this team ever since Game 1 and I just don't see that changing anytime soon. He is not even noticing the Rockets defenders at this point.

I'll stress it again though, the biggest reason the Lakers are in this position isn't because of those two. We know they are monsters. The reason they are up 3-1 is because this Lakers team continues to get great performances from their second unit and secondary scorers. In Game 4 it was both Caruso and Rondo showing up huge

Caruso with an efficient 16 off the bench, Playoff Rondo with an efficient near triple double, the fact is the supporting cast from the Lakers has been the difference in this series. Whether it's offensively or defensively, they've been showing up on both ends in each of these three Lakers wins. For all the questions about their depth, there is no denying that this depth has come through in this series. That'll be important in a potential series against the Clippers, who are also deep as hell. The Rockets, not so much.

Now they are faced with a closeout opportunity that will be important for them to handle. The Rockets can get too hot shooting the ball to give them any potential life. Something tells me the Lakers won't have any issues in that department.

And that's it! You are now caught up with everything that went down last night in the NBA. We're back tonight with another epic Game 7, so if you'll excuse me I need to go throw up. Have a great Friday!