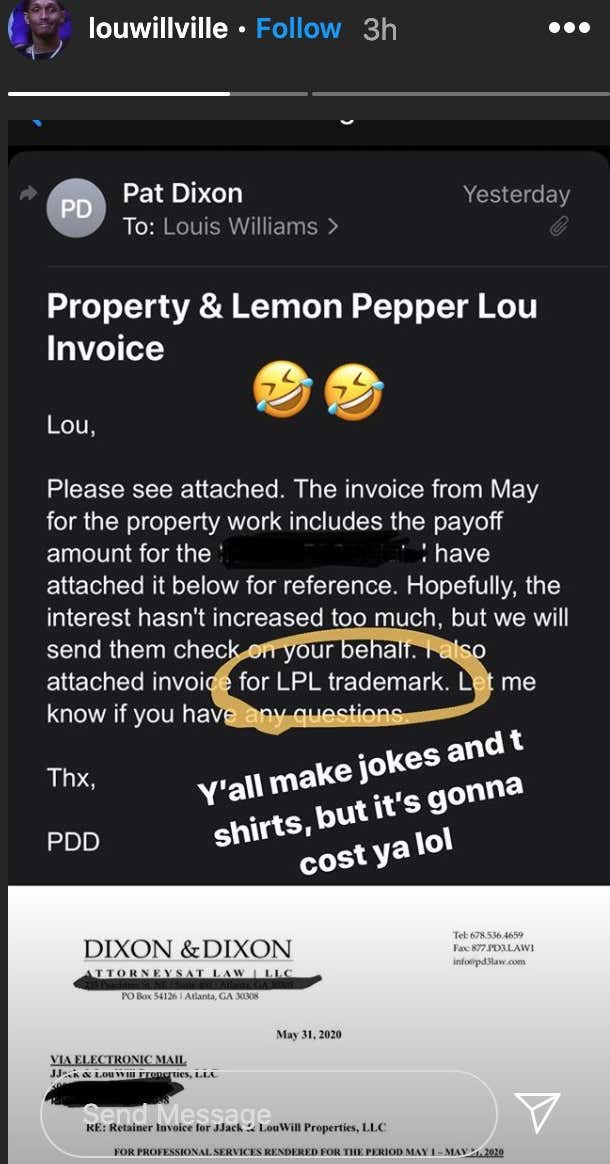 I think we have to put Lou Williams on the Mt. Rushmore of business geniuses along with Dave Portnoy, Steve Ballmer and Steve Jobs. Lou Will is showing EXACTLY how to control the joke before it controls you. This was the biggest bubble story outside of games until this Danuel House situation. Lou Williams, while in Atlanta for a funeral, hit up Magic City for some wings like he always does. Everyone ran with it because, you know, it's a strip club around dinner time.

So what does he do? Turns it into a money maker. That's pure genius, no other way to put it. The man is playing for one of the two best teams in the NBA. He's one of the best, if not the best, 6th man in the history of the NBA. He's a legend off the court with his stories of having two girlfriends, naming his son Syx, taking a man trying to rob him to McDonald's and now Lemon Pepper Lou. The man is going to profit eating wings that he loves. How do you beat that? You simply can't. Chicken wings are delicious. Lemon pepper is a delicious flavor. Lemon Pepper Lou is an A+ nickname.

The 'you all can make jokes but it's going to cost you' is such a game changing line. Every shirt, every menu, no matter what, Lou Will is about to make even more money.