Just a tour de force by this gentleman Mike Pantazis. First he makes a death-defying, perfectly timed leap to catch this 50 yard boomer off Bears kicker Kevin Butler's foot. He showed perfect touch, cradling the ball, and falling gracefully to the concourse cement who knows how far down off-screen (25 feet according to Mike). 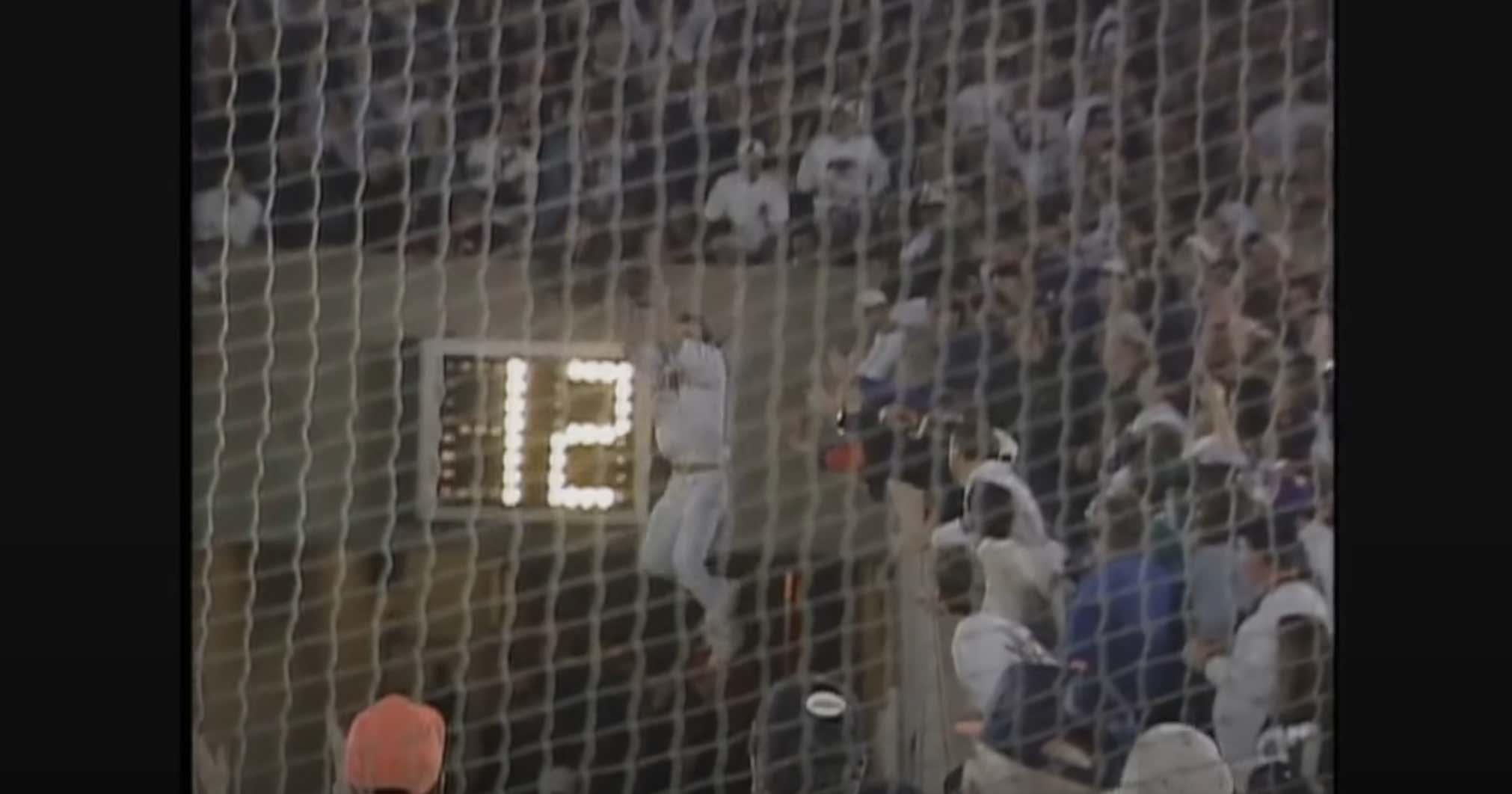 Full-extension (or send as the kids are calling it), perfect form, perfect mid-air adjustment, perfect stonewashed jeans. Laying it all out on the line for the ball. Every eye in the building fixated on Mike here.

Then he joined up with MNF's (and HOF) Lynn Swann afterward to break down the catch and give the world a taste of one of the finest mullet-pony's these eyes have ever seen. 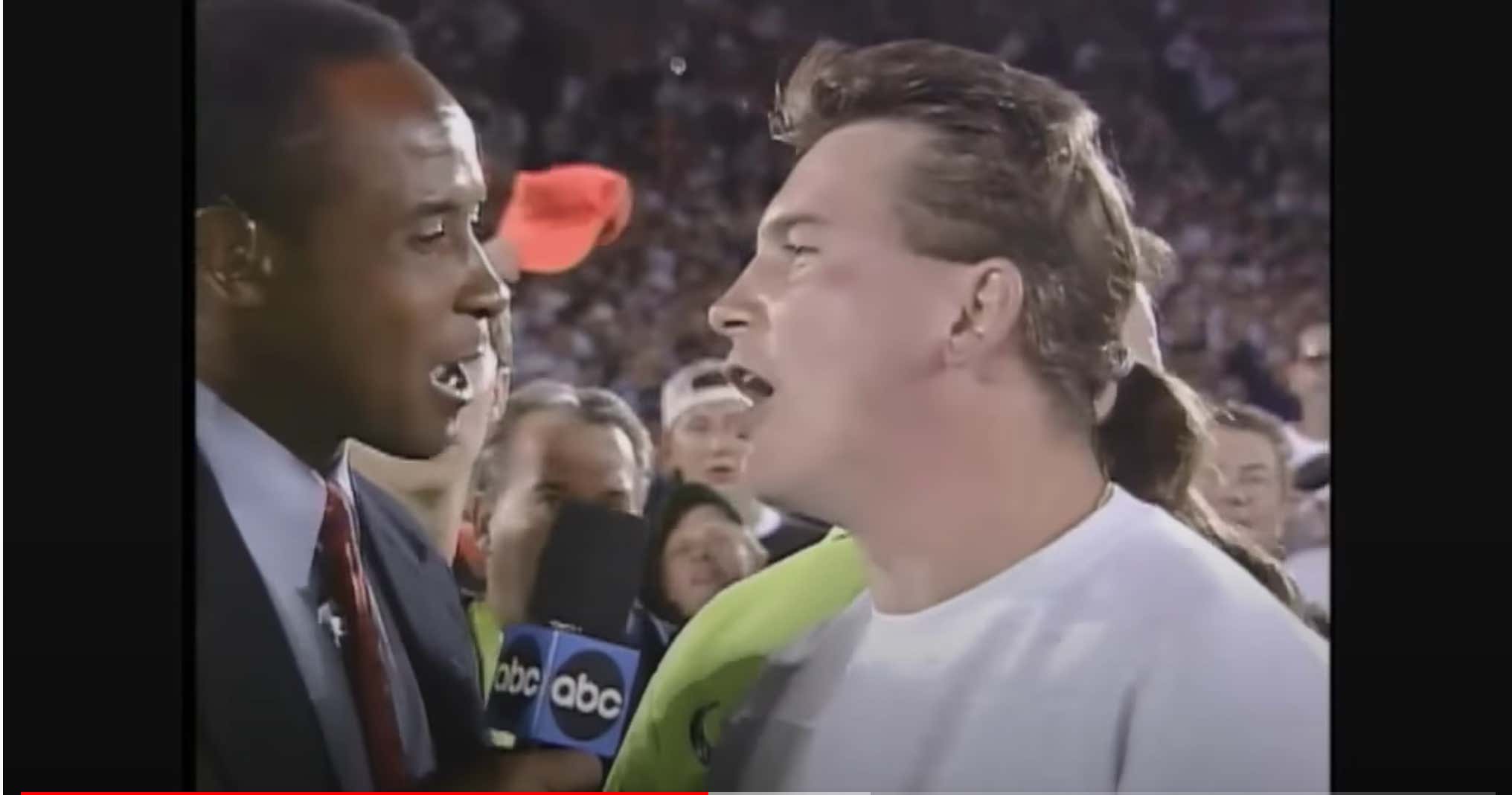 Not only did he play, but he played both ways. And he has great hands. According to himself and the tape don't lie baby.

He then parlayed that interview and 15 seconds of fame into an appearance on Letterman. 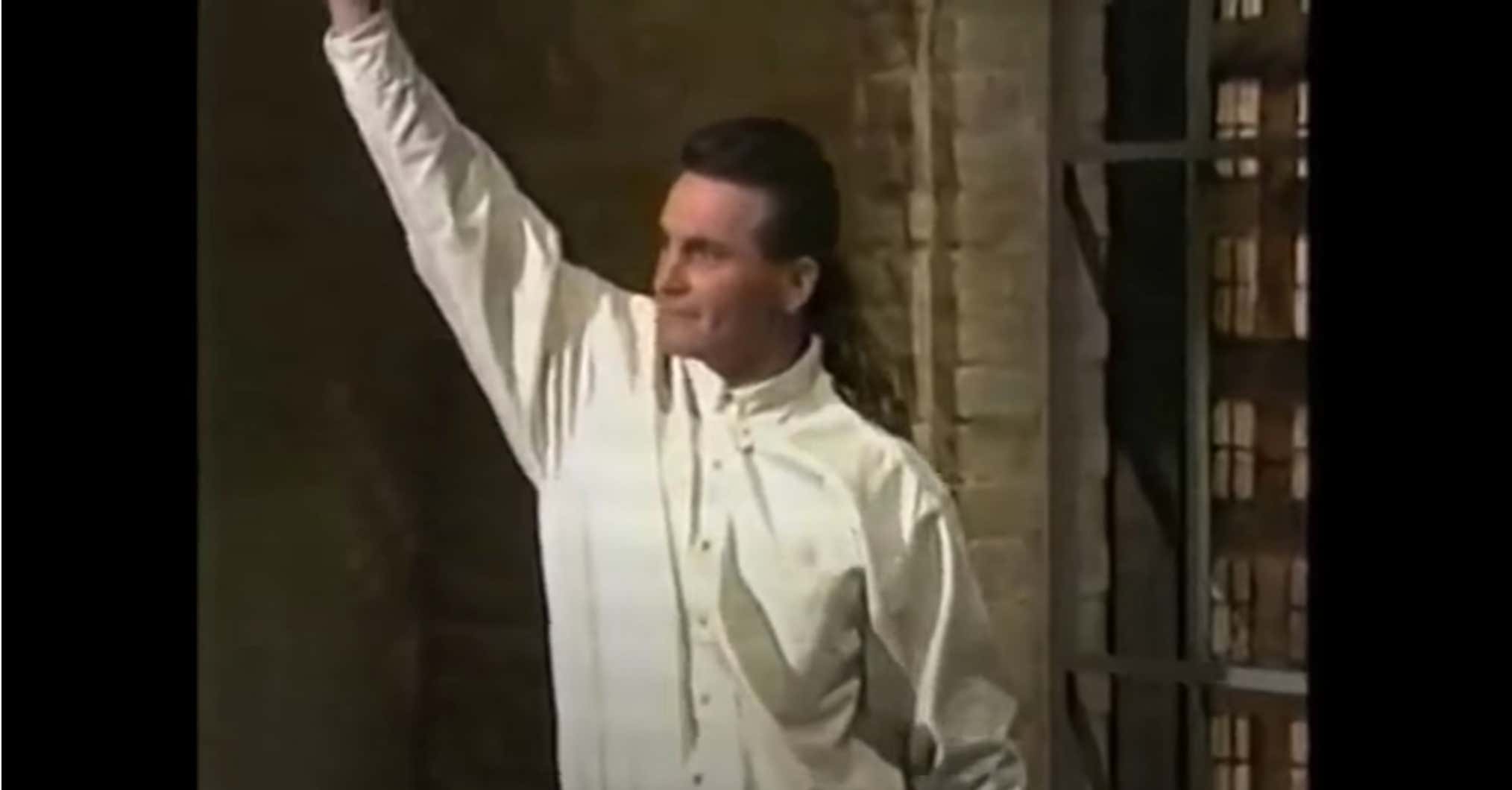 Where he made one of the boldest entrances in the history of entrances.

Stonewashed's, pony, button-down, with "Jump" by Van Halen being played and Dave tossing him a bomb (which he overthrew) which Mike easily pulled in.

He confessed to Dave that the key to his catch was the 12 pack he crushed on Waldron before the game.

If anybody knows this guy please send him our way. We gotta get him on Eddie's Dogwalk.