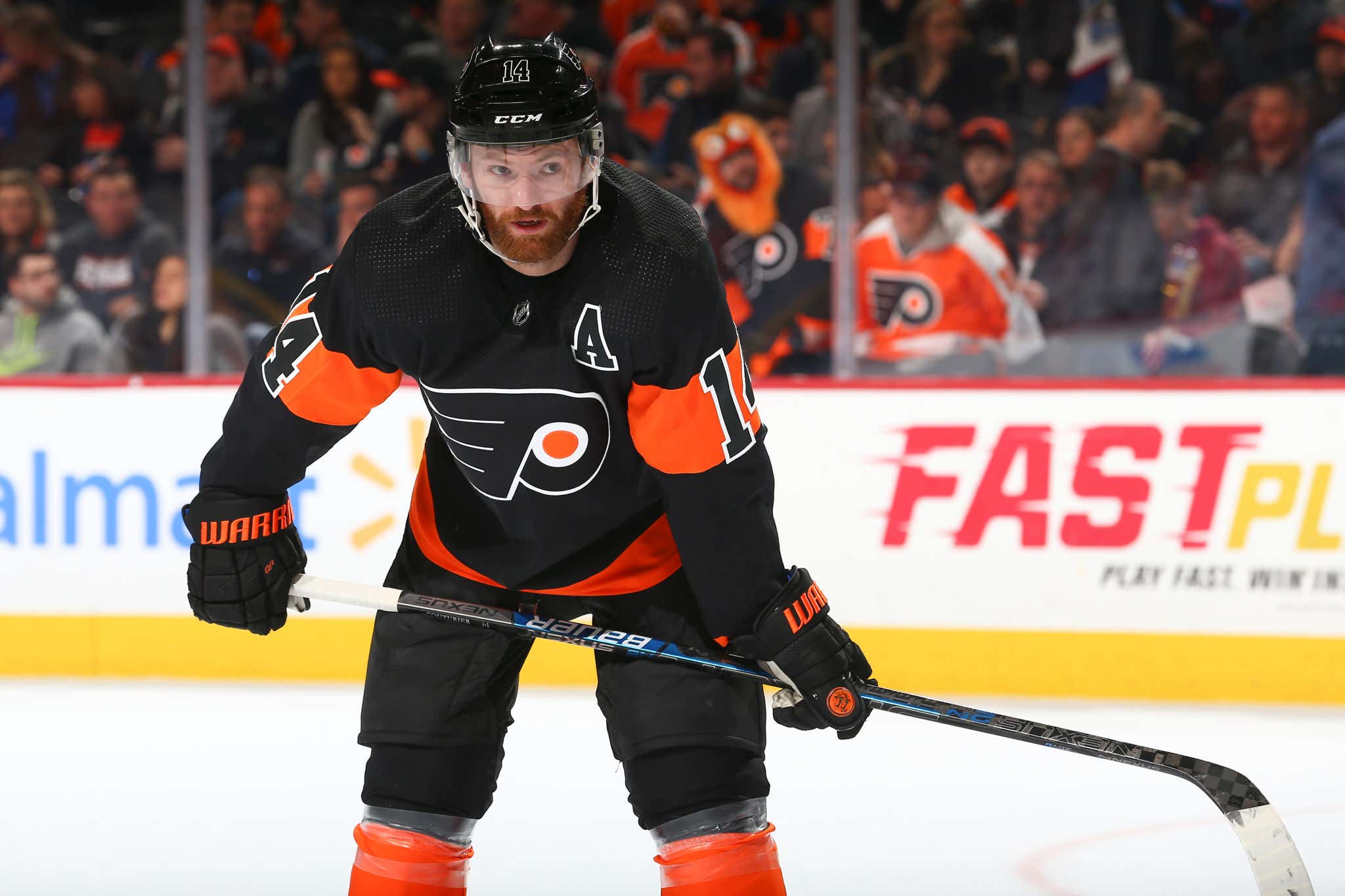 It was only a matter of time. Sean Couturier has finished in the top 10 of Selke voting in 3 out of the past 4 years. He finished 2nd in Selke voting in the 2017-18 season. He's been one of the best two-way centers in the game for the majority of his career now and it was only a matter of time before he got his first. And now that he got his first? Well I don't see Sean Couturier giving this up any time soon at all. He's still just 27-years-old. The first time Patrice Bergeron won the award? He was 27-years-old. So you do the math on that one.

Now I've been blogging about Couturier being the rightful heir to the Selke throne for quite some time now. And just this past November, I wrote a blog titled "If You Don't Think That Sean Couturier Is The Best Two-Way Center In Hockey Then Your Diet Growing Up Must Have Included Paint Chips". You can read that blog right here if you wish to.

Now I remember this specific blog because I remember quite a few of you in the comment section who had an issue with the take. Shocking, I know. But now it brings me great pleasure to pull the receipts back out. If you see yourself in this comment section, you should feel shame. 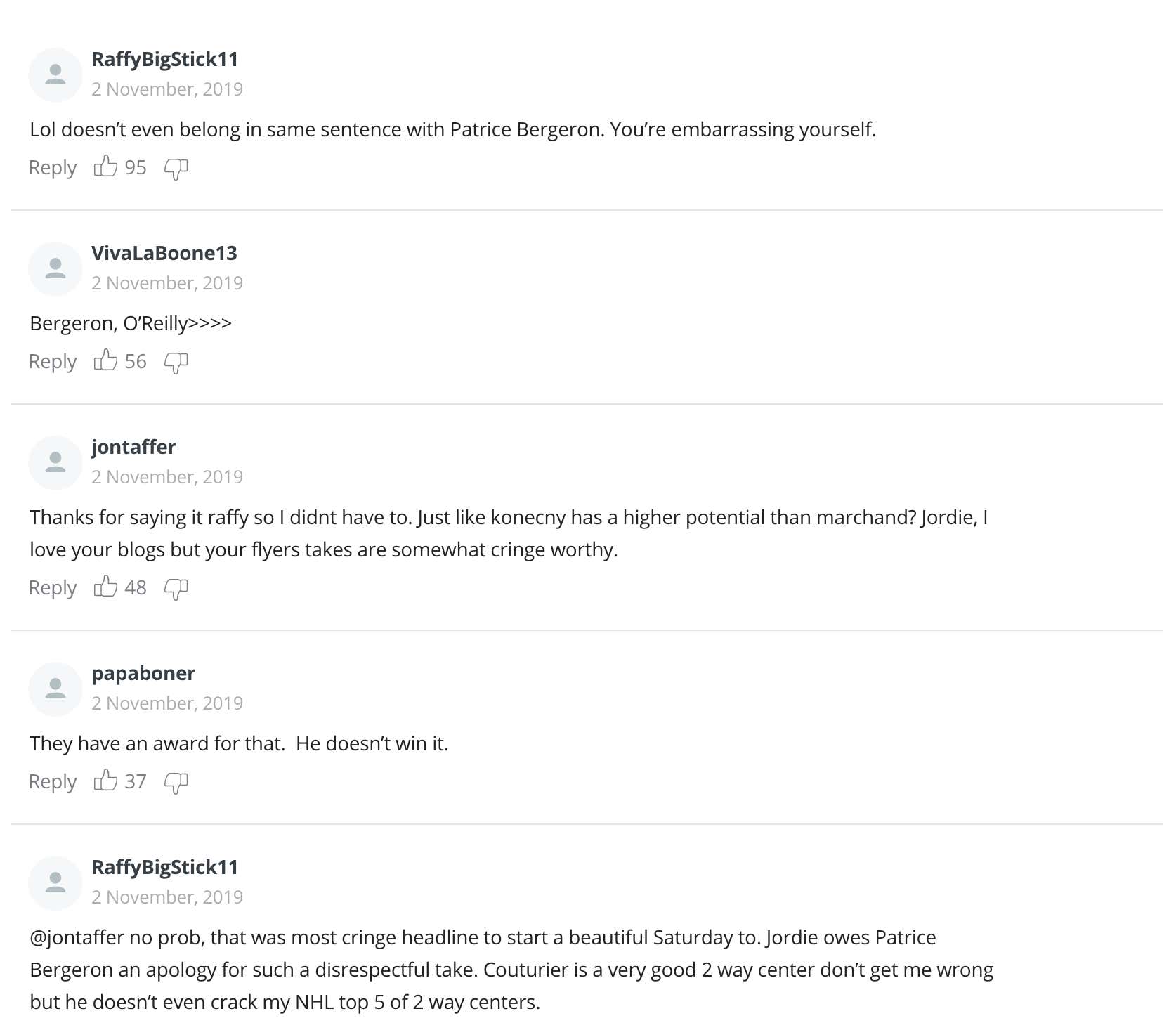 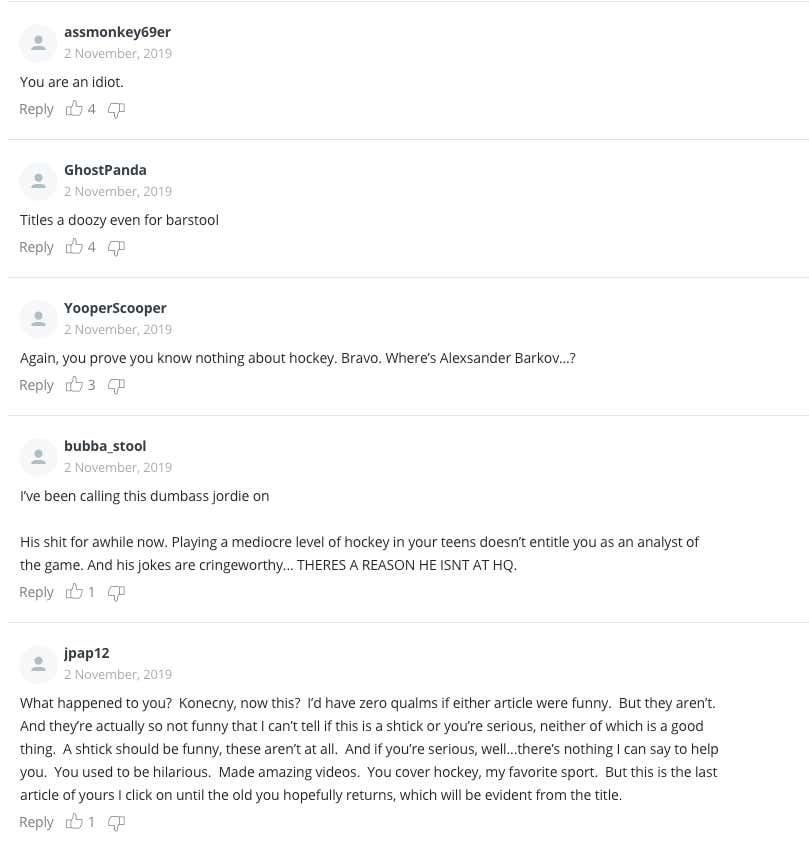 I mean is it possible to get any dumber than RaffyBigStick11? That dumb piece of shit even came back to comment TWICE on that post. What a loser. And bubba_stool? You're calling ME a dumbass? Sure seems like the guy who called the Selke Trophy winner 10 months ago knows what he's talking about.

But this isn't about me taking a victory lap around the dolts in the comment section. This is about Sean Couturier finally getting the recognition that he deserves around the league. This is about a guy who had come into Philadelphia at such a young age and has done nothing but work his goddamn ass off to be the best at what he does. Sean Couturier has bought all the way in on playing a 200 ft. brand of hockey, and he does it consistently night after night after night. Constantly shutting down some of the best lines in hockey, and setting up some offense himself.

Not to mention, Coots just had a baby right before the bubble started. So realistically speaking, he earned his first Selke before he became a father. Now that he has Dad Strength? It's over. This award belongs to Coots for the next 5-7 years. Hope you had fun, Patrice.