My fucking GUY. I don't know if it's due to the last four years of unaccountable bullshit I've watched as a Giants fan, that I spent those four years hoping the Giants last two coaches would do something outside of turning the East Rutherford Circus into a full blown shitshow, or that I have been funneling the Coach Judge Kool Aid for months now. But after reading that Coach Judge made a bunch of grown men re-stretch, re-do drills, and all the other tedious stuff that comes with practice while I lazily sat in the comfort in my own home has me to build a brick wall, run through it, then rebuild it even better than I built it the first time because that's what Coach Judge would demand while inspiring me like Herb Brooks.

Anybody that has watched the Giants the last few seasons knows they have been an undisciplined mess since General Coughlin left the building and have had way too many moments on and off the field that delve into Jetsy territory (relax Jets fans, I say this as a Mets fan but we both know what I mean by that). Holding players accountable for their actions isn't just something you do on gameday. You gotta do that before practice, during practice, after practice, in meetings, and everywhere in between. It's game week and there won't be any do-overs once the ball kicks off against the Steelers on Monday night.

I get that the veterans will grow tired of this shit if the Giants struggle. But what if the Giants are [gasp] good because of Coach Judge doing a little thing called coaching? For what it's worth, the best player on the goddamn team seems to be behind it, which counts a little more than the opinions of retired players and current journalists, right?

I also get that there have been numerous Bill Belichick disciples that tried to imprint the no nonsense Patriots Way of doing business before falling flat on their face. But again, what about a coach like Mike Vrabel that came up under the HC on NEP as a player then brought a firm but fair approach to the Titans? Anybody that continues to push those lazy narratives should be forced to do a lap.

Around these parts we root for a team that takes the identity of its coach. Hard working, thorough, and accountable. That's why we are the Fighting Joe Judges. 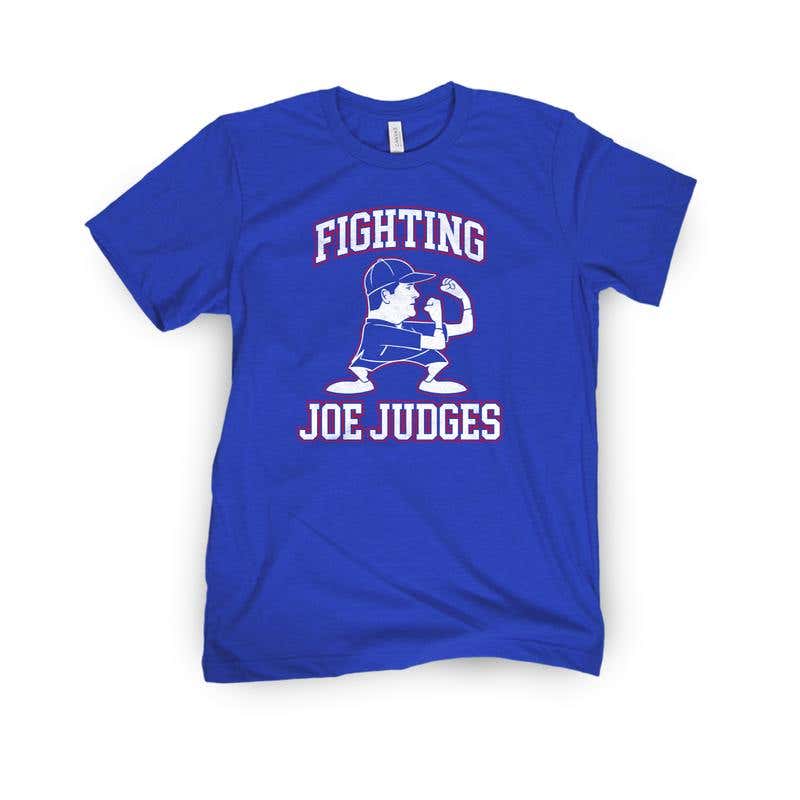