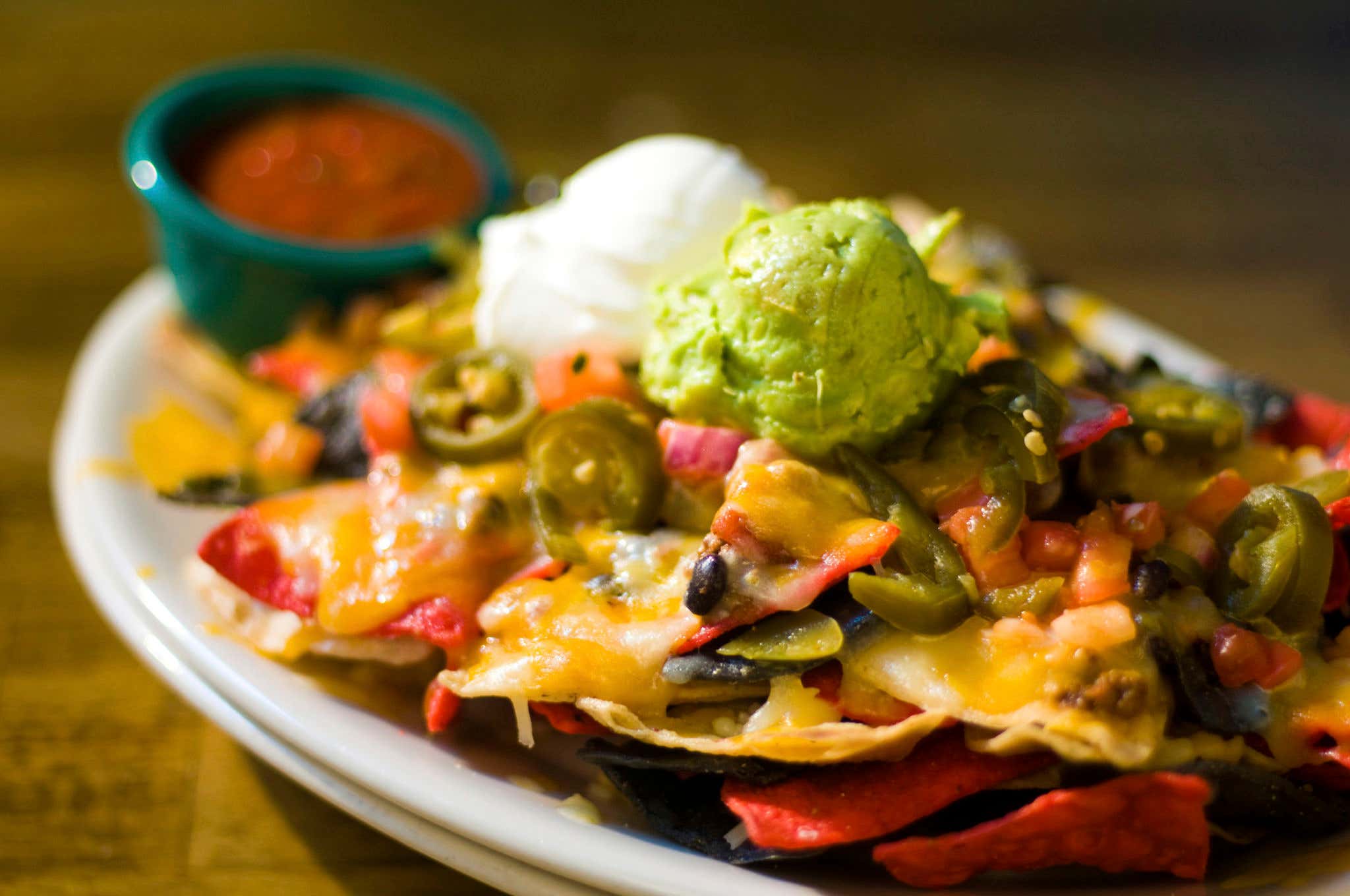 Nachos on the appetizer menu is about as American as apple pie. It's always going to be a crowd pleaser. Just a nice, safe option to go with when you're looking for a plate to share with the table. It's got everything you're looking for to mindlessly stuff your mouth hole with before your actual meal arrives. Tortilla chips, some pickled jalapeños and pickled onions, your choice of meat, some pico, and then of course you have the melted cheese.

But that right there, my friends, is where so many restaurants in this great nation of ours gets it wrong. Because for as great as melted cheese can get, it can also completely ruin your eating experience if you're sharing an order of loaded nachos.

The issue is when there's just one massive layer of melted cheese sitting on top of the pile of nachos. I know it looks great aesthetically but what happens is the cheese hardens up. It then becomes like a cheese glue that then makes it damn near impossible to grab just one chip at a time. You grab one chip that has the melted cheese on top and all of a sudden you're taking the whole top layer with you. So then you either have to break out a knife and fork to eat your nachos, or you have to use your hands to pull them apart. You think anybody else at the table wants to eat your hand nachos after that? Depends on who you're with, but doubtful.

Also it then becomes impossible to get the perfect combination of meat, cheese and accoutrements on the majority of the chips. You're either eating a ton of cheese on the chips at the top layer, or you're basically getting just chip down at the bottom. Nobody wants to eat just chip. If you did, you would have saved $5 and just went with the chips & salsa. You don't order fully loaded nachos to get just chip.

What needs to happen in more places is that you need an additional layer of melted cheese. It's important, however, that you top that first layer of melted cheese with enough pickled jalapeños and pico and meat so that the bottom of the top layer doesn't stick to the first layer of cheese as well as the top layer of cheese. I recognize this is going to take more effort. I realize that this adds an additional step to a kitchen that I'm sure is already backed up. But like I said, fully loaded nachos are America. And if you say you love America as much as you've been saying you love America, then you'll have no qualms with putting the additional layer of melted cheese underneath so that it's not all just wasted at the top.