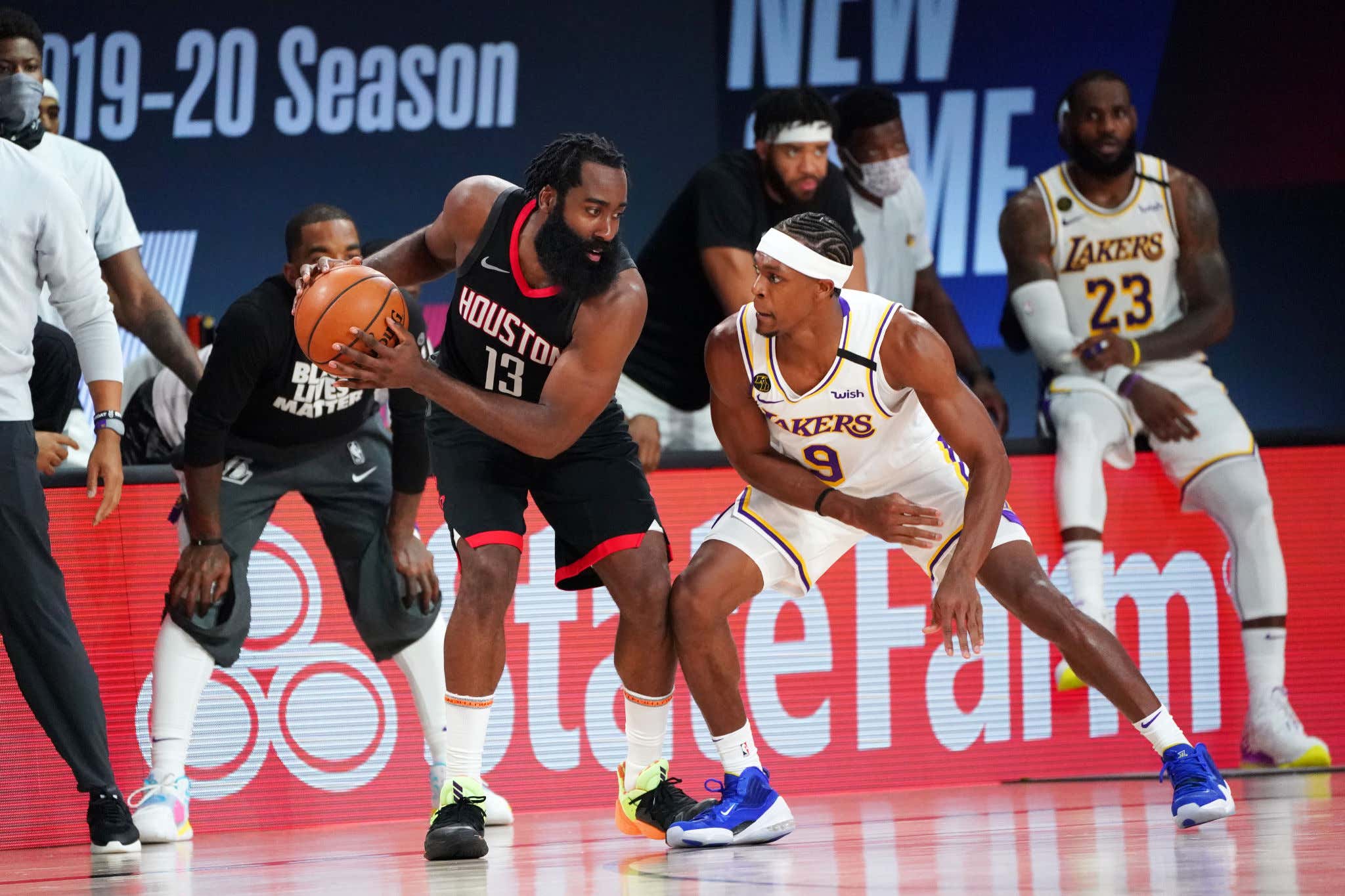 For the first time in what feels like forever, we only have one game on the schedule tonight and boy is it a doozy. Nothing like the pressure of a team playing for their playoff lives. We saw what that did for Toronto last night. The Nuggets…..not so much. Well now it's the Rockets turn to punch back and respond and the Lakers have taken complete control of this series. Let's get you ready for what should be another absolute battle.

Let's just be honest for a second. After having success in Game 1, the Houston Rockets have had no answer whatsoever for either Anthony Davis or LeBron. This is their averages in the last two games:

The AD three point shooting is a little wonky because he's only taken 1, but that's because he doesn't have to. He's getting whatever he wants from the floor no matter what PJ Tucker tries to do. This stat from Game 1 may as well be meaningless

It's not exactly a secret that LeBron and AD do most of the heavy lifting, but the difference for the Lakers isn't the dominance of those two. It's how solid their secondary scorers have been in both of their wins. In Game 2 it was Markieff Morris making 4 threes off the bench for 15 points and Kyle Kuzma going 6-7 from the floor. In Game 3 it was Rajon Rondo, a player that Lakers fans HATED after Game 1 who has basically won them both games. In Game 3 he was incredible with 21/9 off the bench including 3 huge threes with multiple coming in the fourth quarter. Kyle Kuzma once again showed up big in that quarter going 4-5 and playing great defense. That's the key to me. You know LeBron and AD are going to combine for close to 60 a night, but the fact is the Lakers reserves have been giving them more than what the Rockets are getting from theirs.

For HOU, it's the same old story. They play competitive for three quarters and then run out of gas in the fourth. Even their coach is admitting it

The Rockets are the ultimate feast or famine team. When they are making their threes they look unbeatable. No lead is safe. But once that well dries up they barely look like an NBA caliber team. Having to rely on Westbrook/Harden in fourth quarters has not been great this series. Through three games, here is their fourth quarter averages

It's tough when an inefficient Westbrook is leading your team in fourth quarter FGA. That has to change if the Rockets find themselves in a close game. I wouldn't even rule out benching him so you can have more shooters around Harden to help open up driving lanes.

But we also have to talk about Eric Gordon. We saw the help LeBron and AD are getting from guys like Kuzma, well Gordon needs to be that guy for Houston. You can't have his 2-9 performance like we saw in Game 3. We already know Danuel House is out and as I'm writing this it looks like Robert Covington is probable, but it's even more important that Gordon shows up tonight, especially from three.

This team has shown the ability to hang with the Lakers, they just haven't been able to deliver the knock out punch. That's been all LeBron. Well now with a chance to basically end this series by going up 3-1, I imagine we are going to get that same sort of locked in LeBron we saw in Game 3. That might be the most terrifying player in the entire league. When LeBron decides to give a shit on both ends, he goes up to a level few can match.

This is where Rockets fans need James Harden to put the team on his back. He's been pretty good this series outside of disappearing a little bit late in games, and if he does that shit again this series is over. When you can shoot the way the Rockets can you're never truly dead, but that's only true if they find a way to win tonight.