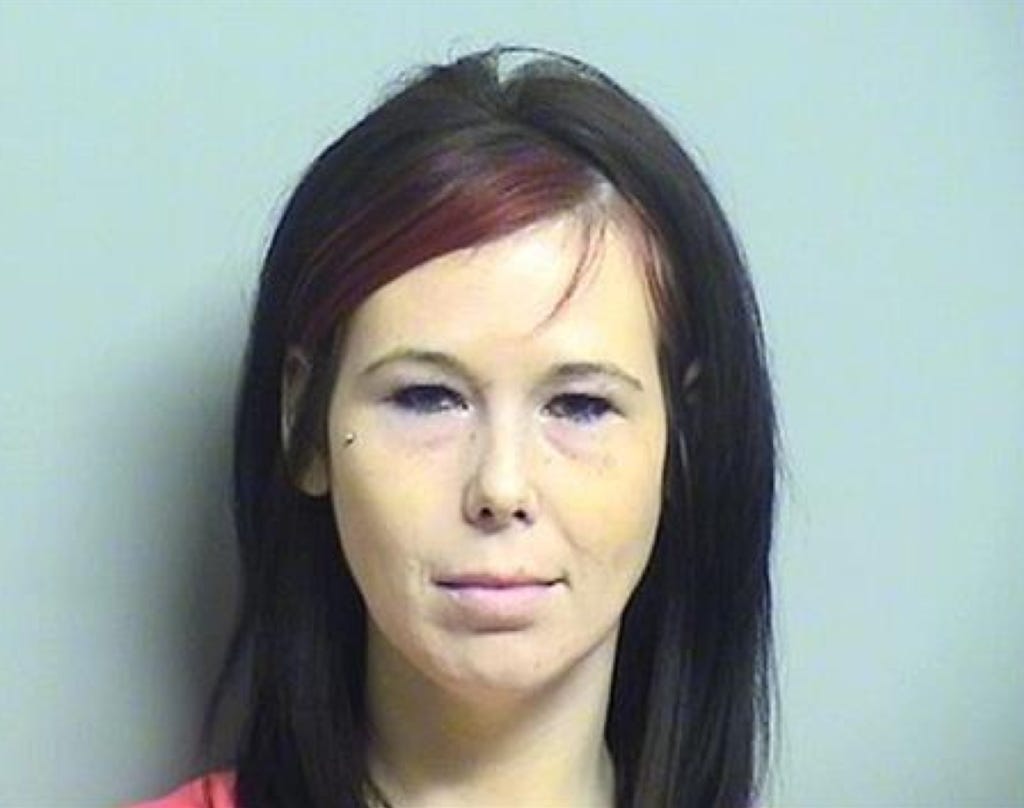 (AP) — An Oklahoma woman accused of slashing the corpse of her boyfriend’s ex-girlfriend at a funeral home last month is now accused of removing body parts of the deceased woman. Prosecutors added a fourth felony charge against 26-year-old Shaynna Sims on Thursday, accusing her of removing both breasts and a toe of the deceased woman during a viewing at a funeral home in Tulsa. If convicted, she could face up to five years in prison. Sims was arrested at the dead woman’s apartment after she attended the viewing on April 30. Police said Sims also stole the dead woman’s shoes and was carrying a knife with the woman’s hair attached to it. Witnesses told officers they saw Sims reach into the casket during the viewing. The dead woman’s face was found slashed from her hairline to the tip of her nose, her makeup was smeared and her hair was on the floor, police said. The additional mutilation of the woman’s body was discovered as it was being prepared for cremation. “We don’t have anything that she has openly said to anyone as to why she did it,” Tulsa Police Sgt. Shane Tuell said Friday. “At this point, we don’t know what her motivation was.” Sims has been free on bond, and neither she nor her attorney returned phone messages seeking comment Friday on the allegations.

Chicks are ruthless, man. Ruthless. It’s not enough that your ex is dead, poor girl has to look like shit at the Pearly Gates too. Just because you used to sleep with her man she wants to make sure your soul stays unfucked too. I’m not saying any guy likes their girlfriend’s ex, but we just don’t think about them. Out of sight, out of mind. As far as I’m concerned any girl I’ve dated never even hugged a kid in elementary school. But chicks spend their entire days comparing themselves to who you used to fuck or who you might fuck and when they’re not comparing they’re fantasizing about cutting the tits off those chicks.

PS – How is this chick out on bond? She should be in a straight jacket.