Not sure if I mentioned this yet, but Nick and I are planning on flying out to LA in mid to late October (fingers crossed) to see a friend of his. Which is dope. It’s always nice to “turn it off” from the work grind for a little bit and make some time for your mutual homies. But I’d be lying if I said I haven’t been PRESSED about not being able to make the most out of all the content opportunities that the Los Angeles metro area has to offer. With Troy out for an unforeseen amount of time and all the other video editors at Barstool booked until All Saint’s Day, our hands have been effectively tied.

Should we just go solo and stick to our cookie cutter formula of being “irony bros” who go to the “Hype House” or something wacky like that, and then pretend to bust balls with “Lil Huddy” and his douchey teenage comrades while ultimately making fun of them? Sure, we could spin that concept into something silly. But what if I told you I came across a different house of TikTok influencers, except they are in my age range and are unironically just like me and Nick? Yup. I’m talking about the Honey House... 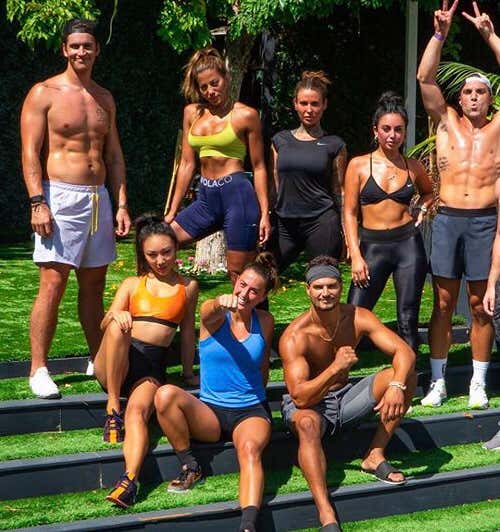 They're a group of four heterosexual couples, divided by gender into "Honeys" and "Homies," who live together and make content on TikTok. Unlike the hyper-privileged and ultra-cunty teen residents of the “Hype House” and “Clout House,” the incubators of the Honey House are actually grown adults in their late twenties/early thirties with real jobs and long-term relationships. Like Nick and I, they’re a wholesome group of conventionally hot influencers with unconventionally hot jobs. And after chatting with a few of them over DM and email the past couple days, I really think the two of us would be the perfect people to penetrate their polycule.

"This is what goes on at our adult TikTok house called the Honey House."

Upon first listen, that opening sentence may sound like a squad of elite scientists assembled to discover, A) What's the worst type of home that could possibly exist?…and B) What would be the worst possible name for that home? And while you may be correct in your assumptions, let me break down the precise reasons why the ANUS boys would be the perfect fifth couple to round out the Honey House to a smooth and diverse ten members. 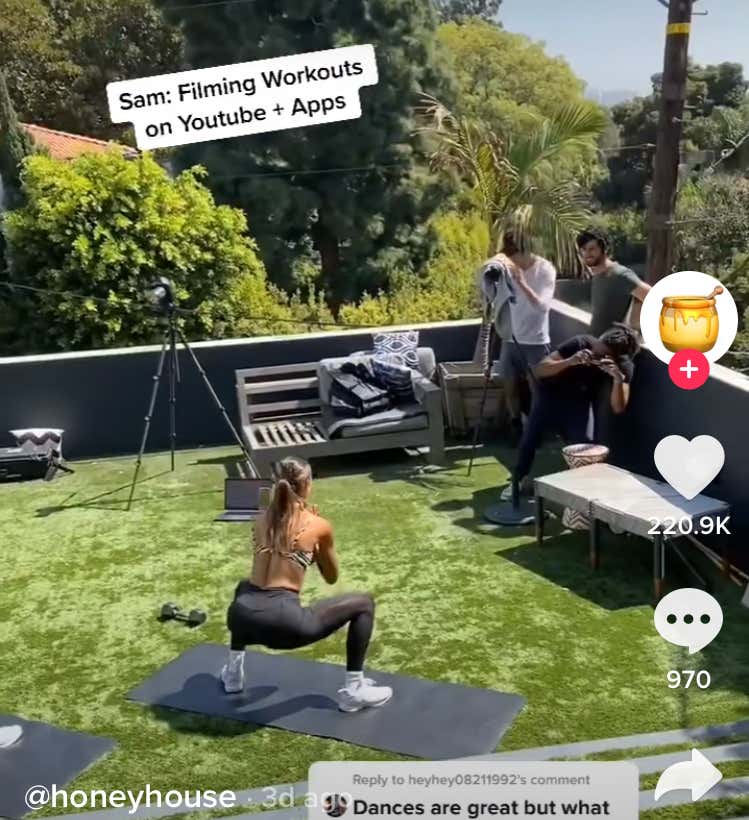 I’ve often said that someone who actually likes fitness will exercise hardest when no one’s watching. But someone who truly loves fitness will exercise hardest when their "team" of three different cameramen are filming them from slightly different angles and painstakingly editing all the final footage into the most universally consumable and profitable YouTube video possible. That’s what makes Sam so successful. But more importantly, that’s what makes Sam…Sam. She’s unapologetically herself…And that’s why guys like me and Nick would mesh so well with her.

As someone who’s no stranger to the rack, I can’t help but think I’d be the perfect behind-the-scenes mentor/coach for Sam’s squatting segments. Don’t get me wrong – her form isn’t that bad! But as a male athlete who’s actually squatted award-winning amounts of weight, I think I could really take her product to the next level. 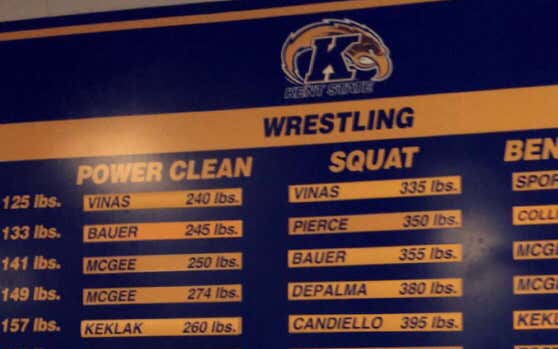 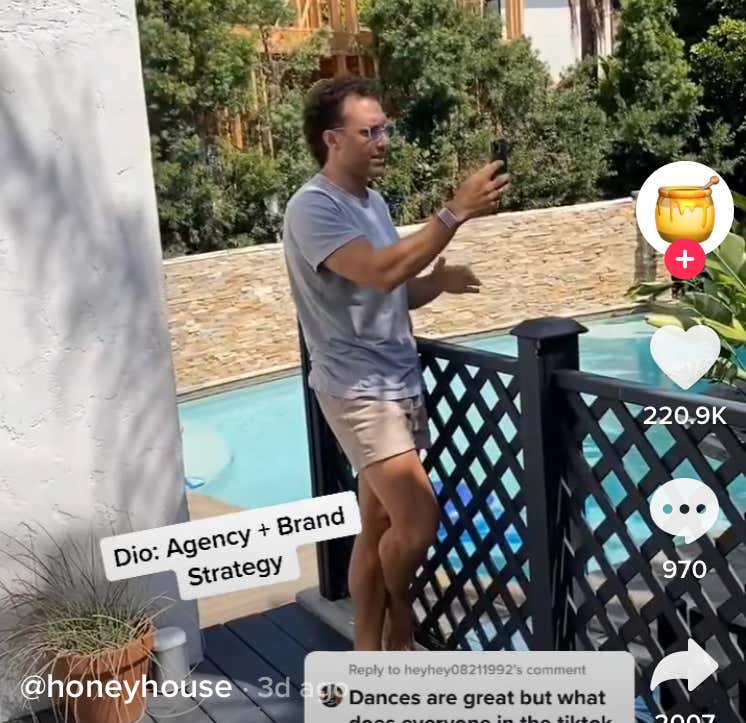 One of my absolute favorite things about my dude Nicky D, aside from his perm, is that he’s ALWAYS talking to brands. Dude just straight up refuses to stop talking to brands on photogenic corners of his poolside deck in the Hollywood Hills of Southern California. And that’s what separates him from guys who periodically take breaks from talking to brands. That’s why I’ve always preached that big time agencies need guys like Nick D. more than guys like Nick D. need big time agencies. That’s why humble go-getters like me and my Nick would be so compatible with Erin and her Nick. 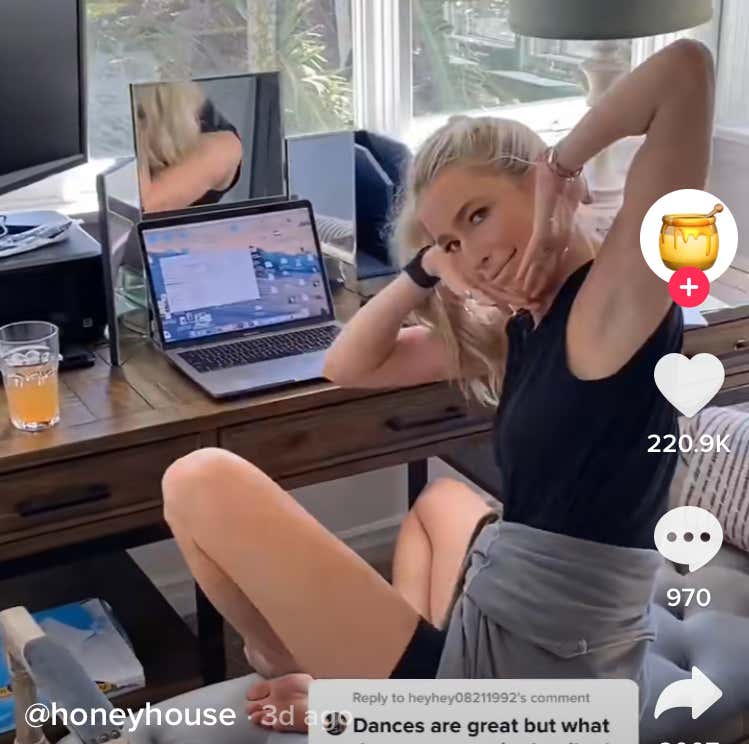 In my opinion, one of the most annoying parts about posting on social media (about yourself) is not being able to look at yourself while you post about yourself. I’m always catching myself turning down the brightness on my MacBook when I’m writing a 2,125-word autobiographical blog about my time as a (D1) college athlete, just so I can occasionally catch a glimpse of the star of the story. That's why I respect the mirrors flanking her laptop so much. And as someone who also never refrains from crushing it, I can't help but feel like Erin and I are platonically meant for each other. 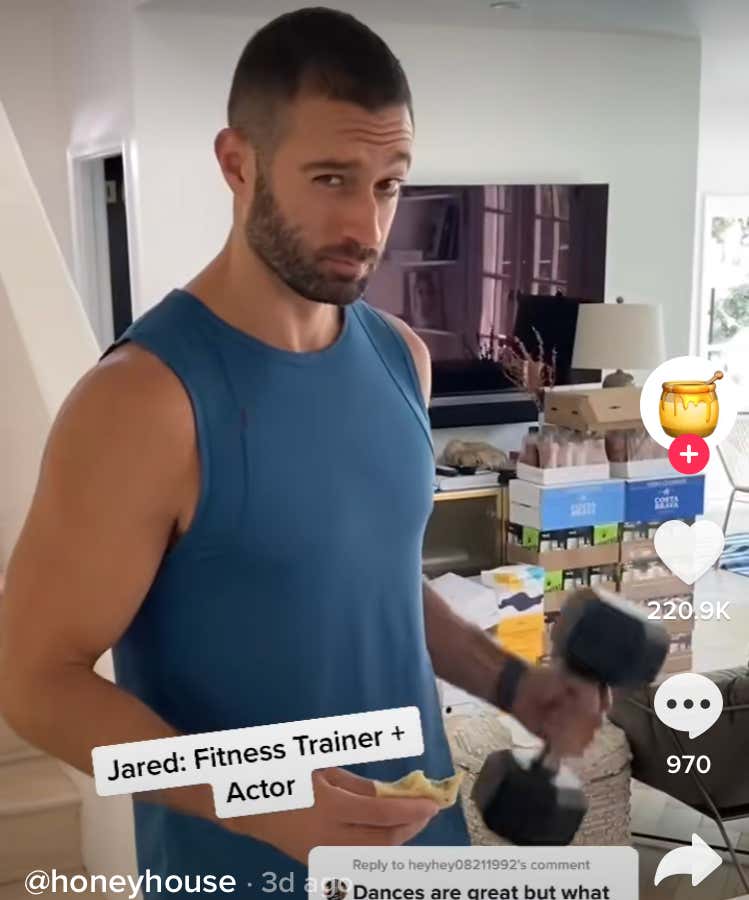 With one of the most humble names a man can have, Jared isn’t in it for the limelight or the fame or the glitz/glamor. That’s why he’s always reading scripts and never actually getting roles. And that’s also why he’s always curling dumbbells, but never actually curling dumbbells that are heavy enough to make him realistically look like a fitness trainer. And if we’re being really real, this motherfucker REALLY enjoys eating food. That’s why Jared’s my fucking guy. Always has been. 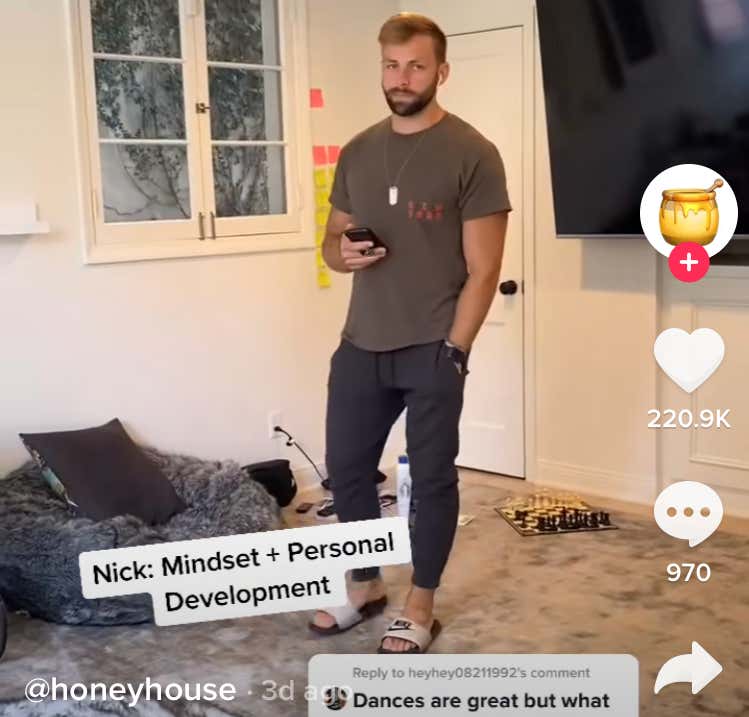 Don’t get me wrong… my guy Nick is a fucking clownnnnn. But if we're being real, this dude is always FIRING people up on the phone. Like, he's incapable of not firing people the fuck up via phone call. It's for sure bonkers, but that’s just his thing. He doesn't even own a mattress because he doesn't have time to sleep. 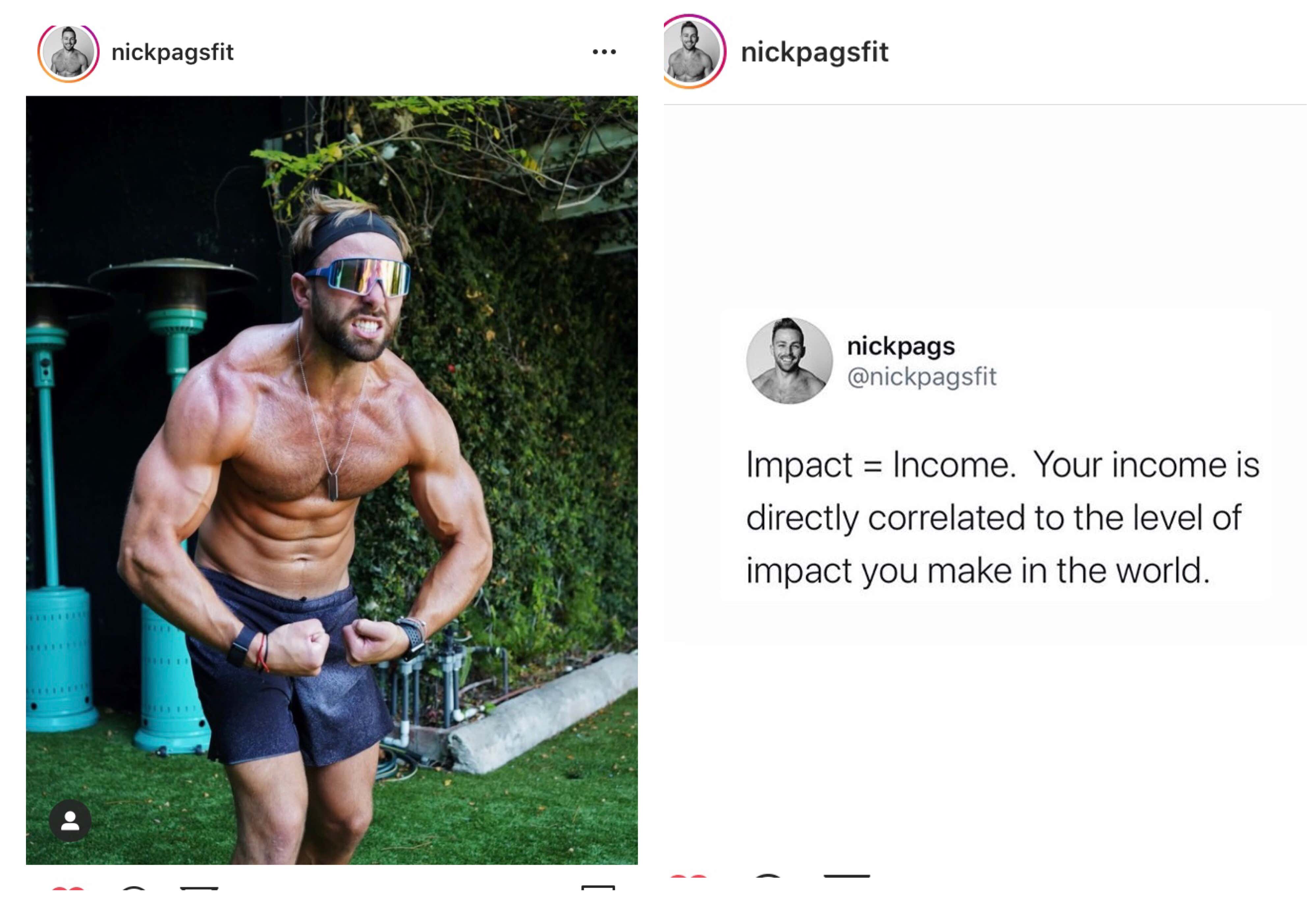 He’s exactly why guys like me and Nick (Turani) are so successful and influential in our respective fields as sports media bloggers. While our other homies are pressed about “paying rent” and “providing a good life for their spouse and kids,” Nicky P. helps remind us that our salary is directly correlated to how popular we are on social media. 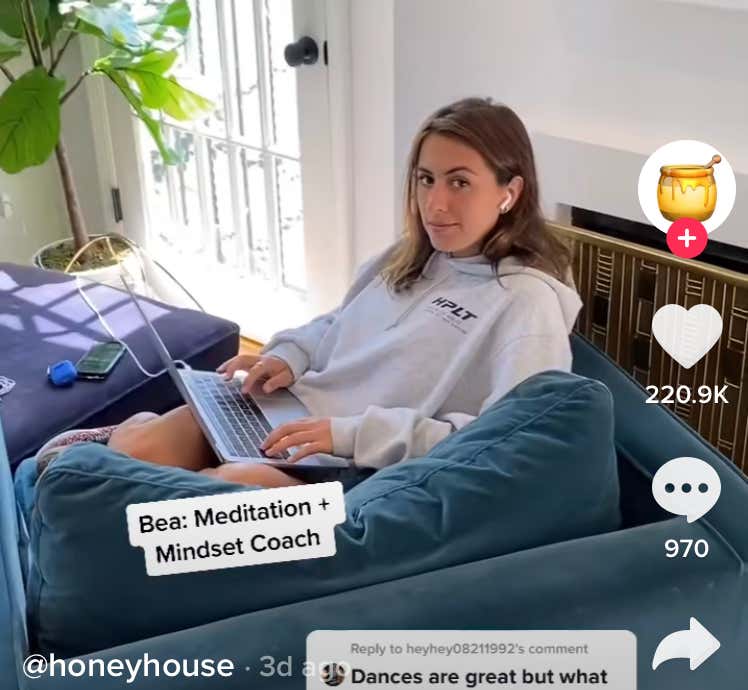 Gun to my god damn skull and I was forced to only say one thing about Beatrice? It would be that she just straight up WON’T stop leading guided meditations on her computer. And that’s exactly why she’s living in a multimillion dollar house in LA, and people who temporarily stop leading guided mediations on their computer to “eat dinner” or “go to sleep” are stuck in squalor, funding their own pint-sized studios while mommy and daddy waste away in lower middle class suburbia. 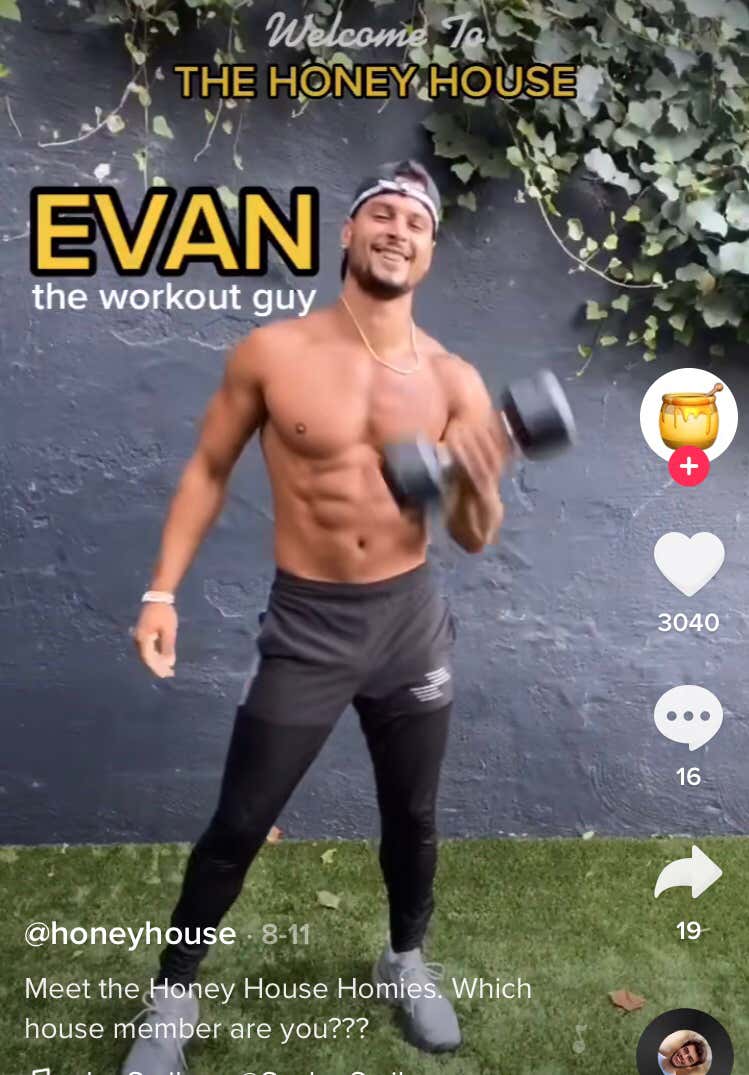 To be as blunt as possible, Evan just gets it. He‘s not staying up all night writing the names of fictional exercises on an oversized white board and pulsating his pecs to royalty free techno music just because he’s infatuated with the image and persona he gives off to people on the internet. The dude is a model and fitness trainer because he’s fucking passionate about modeling and fitness training. No other way around it. 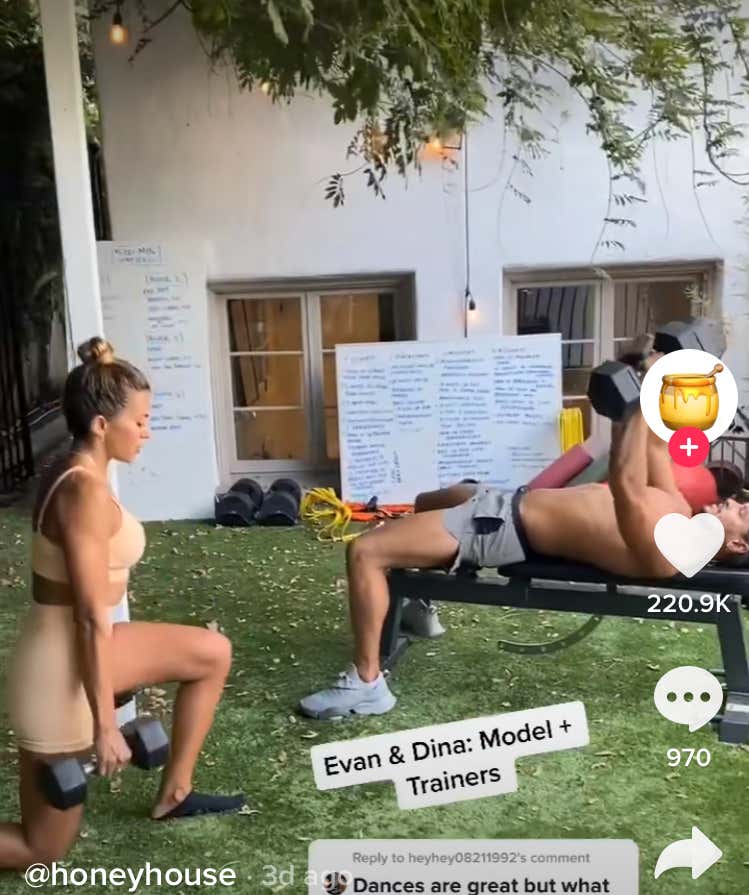 And don’t even get me started on baby D…