I'm assuming that the way it went down was slightly more intense than the example used in my thumbnail, but either way thanks for clicking. Now that you're here...

From The Times of London:

A Sicilian mafia boss serving a life sentence for killing a policeman has bitten off and swallowed the little finger of a guard he attacked at a Rome prison.

Giuseppe Fanara, 60, flew into a rage during a cell inspection and charged at the guard, punching him in the face and forcing him to the ground at Rebibbia jail. During a struggle he bit off the little finger of the guard’s right hand.

“A search was carried out for the finger but it was never found, which led us to conclude that he swallowed it,” an official said.

Fanara, a Cosa Nostra boss from Agrigento, also picked up a broomstick and charged at six other guards, yelling: "I'll slit your throat like pigs!"

Fanara was arrested in 1999 when police raided a mob conference. At the time, he was on the lam after taking part in the murder of Giuliano Guazzelli, an investigator.

Looking on the ol' mafia Reddit page people are guessing this attack/finger munch move by the mafioso was part of a plan to get moved to another prison. If that's the case it worked because he's now been sent to the high-security Sassari prison but apparently that spot is no walk in the park & he now faces a slew of new charges which will likely keep life just as deservedly miserable. At least maybe this one will have a better kitchen space?

And if you're into Mafia history/stories you can read more about the Sicilian mob's murderous 'Second Mafia War' that stretched from the 70s - 90s involving a struggle for power both within the mob & with those trying to bring them down. Included in that era was police officer Guzzelli (mentioned above) who was ambushed by a team of hitmen including Fanara in April 1992.

For whatever reason when I first moved to NYC in 2013 I got really into this city's own history with the mob & read every book I could get my hands on. I even took my beat up car on this Google Maps tour of the 'Five Families hot spots' (it took FOR-EH-VER and was sort of like the Grand Canyon where you get to a spot, look at it for a second and then you're like 'Oh. Ok. Got it. Hmm.': 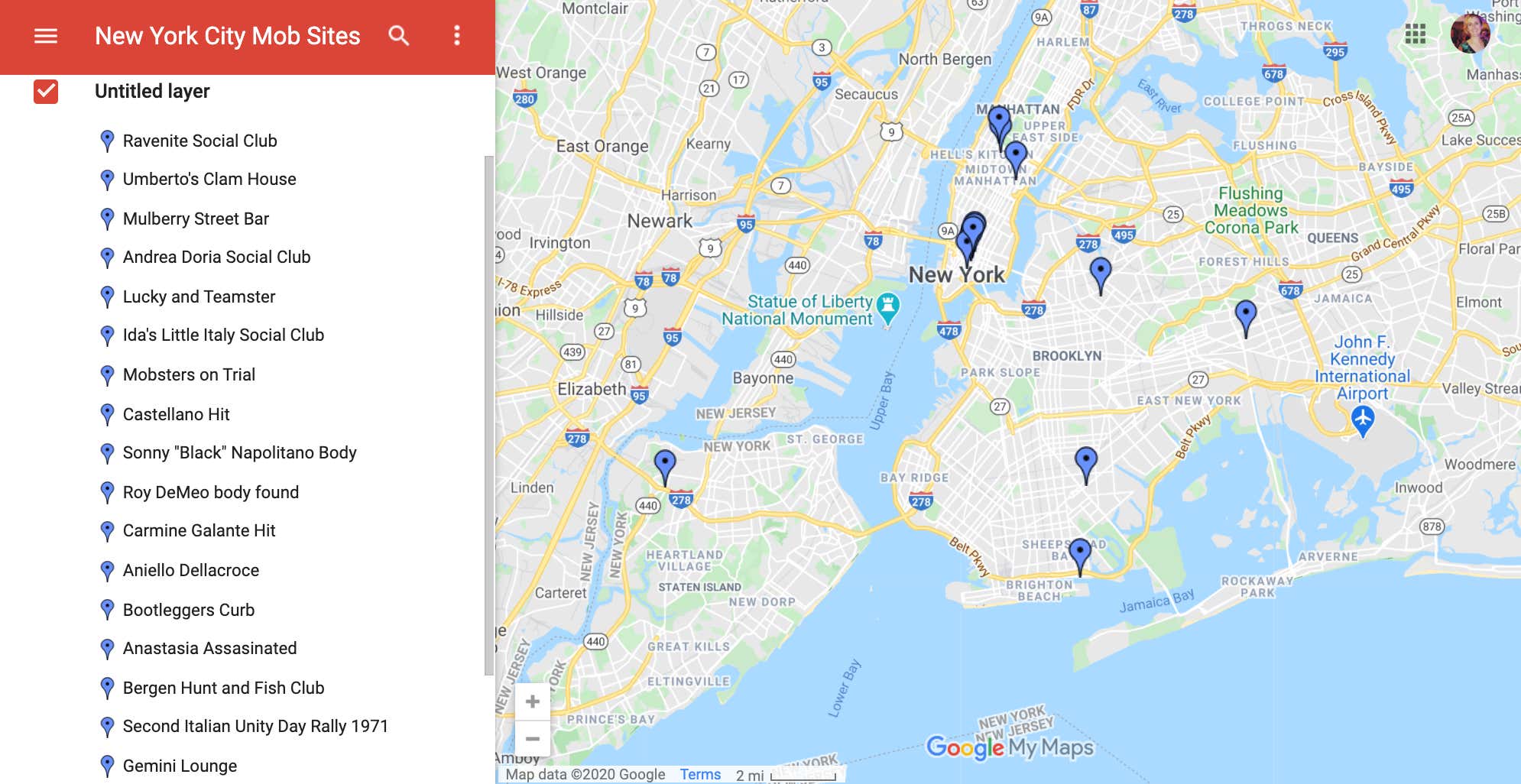 Maybe my interest is because of Hollywood glamorizing these shady characters' impact on American culture, or so many of the sensational news stories over the years that have caught my imagination, or the wild, strong personas & secret lives that give them a vibe of mystery where I just want to know more… I can't quite put my fully-intact fingers on it. Either way I'll still be following along with mafia drama both at home & abroad.