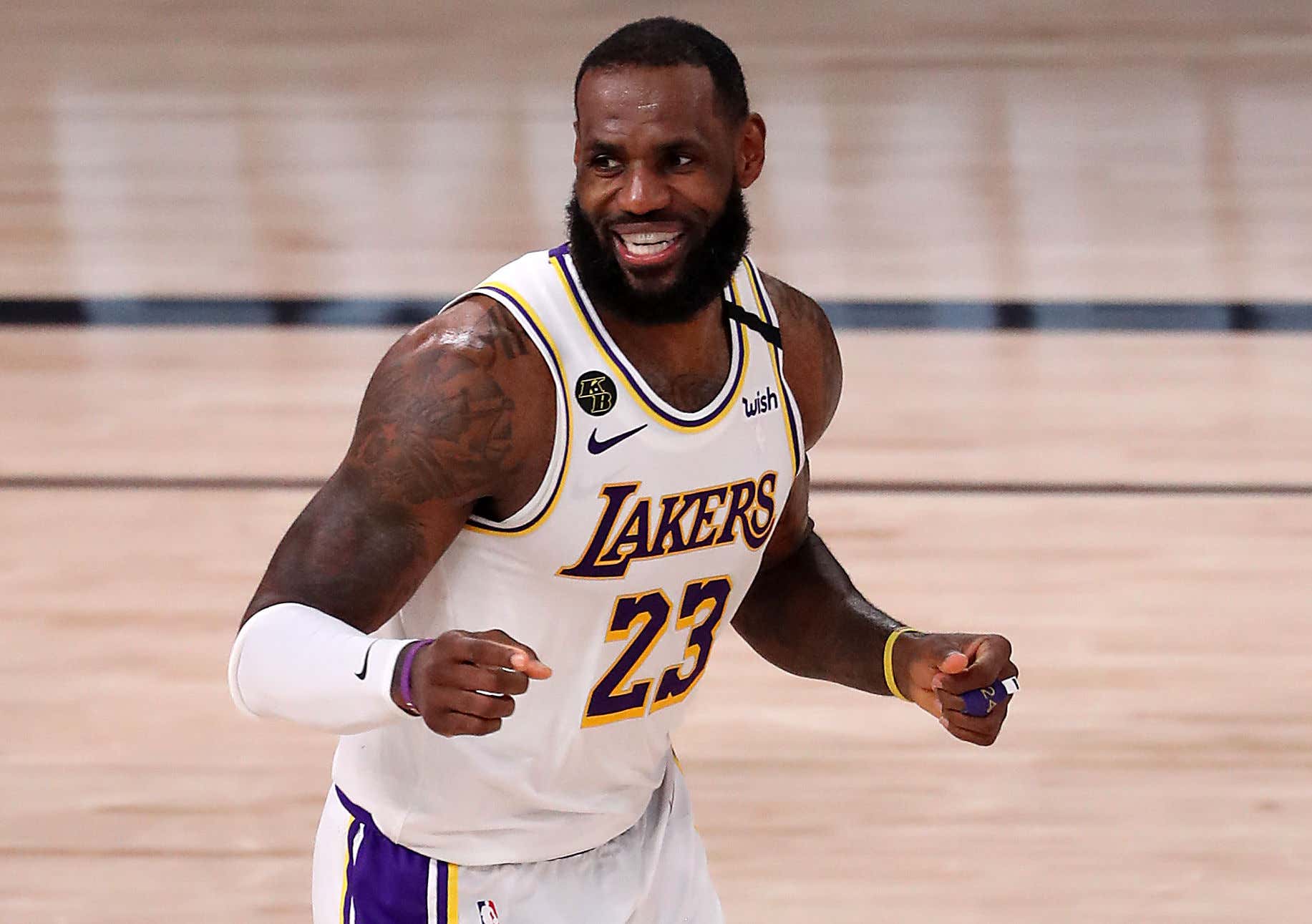 Good morning everybody happy Wednesday and welcome back to another edition of Last Night In The NBA where we bring you up to speed with everything that went down from the night before in the Association. With two more huge momentum games on our schedule, despite their final scores both were actually pretty entertaining. I suppose that depends on who you root for, but for anyone without a rooting interest it was another solid night of bubble playoff basketball. If you missed it I don't really know what you are doing with your life but keep reading because here's what happened.

Is this result a surprise? I mean not really. Not when a total of zero (0) teams have ever come back from a 3-0 deficit. We all knew that the Heat were eventually going to close this series out, it was more just a matter of if the Bucks could extend it to 6. Then we learned that Giannis wasn't going to play and I'm pretty sure everyone knew what was coming. The thing is, the Bucks actually had a shot! They got off to a great start, and in that third quarter the Heat gave them every opportunity to extend a lead. I think they went over 4 or 5 minutes without scoring. The problem though, was the Bucks decided to stop scoring for around 6 minutes in that same quarter. Can't have that when you're trying to keep your season alive. Missing 10+ shots in a row is going to send you home pretty much every time. When it was all said and done there was only so much Khris Middleton could do

when you're now "the guy" for this offense, you can't shoot 8-25. That's tough. Even with decent offensive help from Brook Lopez and Donte DiVincenzo

it wasn't enough. Defensively they did their job, the Heat almost made 11 3PM, but as a team when you shoot just 36/27% in a do or die game, you don't survive. I thought they were going to have to make close to 20 3PM to win this game, and instead they missed over 20. Now the Bucks live with the shame of being the #1 seed and losing in the second round. They got absolutely nothing from Eric Bledsoe in another huge game. He went 2-12. Is Giannis looking around at this talent and thinking this is where he should be? I don't really care what he said postgame. Until he signs that super max extension it means nothing.

For MIA, look out. This team is dangerous and is playing some of the best basketball in the bubble. it was impressive they were still able to win despite not really lighting it up from three while also having 21 turnovers. Usually against the Bucks that spells trouble. But what we're learning about the Heat is they are comfortable winning a variety of different ways. They can win a shootout, they can win an ugly grind it out type game, they can win while trailing, them being in the ECF is not a fluke or a joke. They are as legit as legit can be

For me, while guys like Butler/Bam have been awesome, a big reason why the Heat are where they are is because the play of their role players has been so goddamn solid in the bubble. Guys like Jae Crowder and Tyler Herro have been near perfect

Tyler Herro has especially been impressive. He shows great poise for a 20 year old and is making a real difference in these games. It's not just his shooting either, last night was all about his passing and playmaking. He's going to be really good for a long time, I think we can all agree there.

The Heat defense tightened up when it had to in the second and third quarter holding the Bucks to just 37 points, and it's their defense that is going to be important in the ECF. Either way, the Heat are rolling and then some.

There are few things more terrifying in the NBA than a locked in and motivated LeBron James. That's just a fact. This is what that looks like

When you get an engaged LeBron like we had in this game, it usually isn't going to end well for you. I've seen this version in person and I'll never forget it. Game 6 in 2012 still haunts me. He just goes to a different level that makes no sense for someone of his age to be able to get to. It's not just the 29 first half points, it's the defense. It's the blocks, it's how he's flying all over the court. When LeBron decides to give a shit, there's really nothing you can do. He usually reserves it for later series, but he must know that the Rockets could be a potential threat because he broke the glass early and this is what happened.

and whatever the Rockets did in Game 1 to make it tough on AD clearly is no longer working. He's having his way with the Rockets entire team and I dunno how that changes moving forward. As with most Lakers wins the production from the starting unit really is just these two guys and nobody else does much, but in Game 3 the difference weirdly was the play of the second units. The Lakers got tremendous performances from both Kyle Kuzma and Playoff Rondo who combined for 35 off the bench

Rondo was especially huge making all those threes in the fourth quarter. I imagine Lakers fans now LOVE Rondo after raging that he even got minutes in Game 1. They don't deserve him if you ask me.

But I was also really impressed with the defense of Kyle Kuzma. That's not typically something a person would type when talking about Kuzma, but it's true. He was really good on that end. This series still has a long way to go, but the Lakers for sure have the momentum after dropping Game 1, so maybe that's just their thing?

For HOU, you have to feel like you let this one slip. Even with LeBron's heroics you still had a halftime lead. This game was tied heading into the fourth. But then it was the same old story with the Rockets. One bad quarter fucked them all up. James Harden finished just 1-4 in the fourth quarter for 5 points. That cannot happen. Wesbtrook wasn't even terrible! He had 11 points on 4-7 shooting. The issue was they couldn't stop turning it over (5) and defensively they fell apart allowing 60/50% splits. Another loss because they can't close strong. At this point it's an issue.

Usually when their backcourt drops 63 points, the Rockets win

But Eric Gordon's 2-9 was tough. For them to win this series he needs to be a legit 3rd option. They can't get almost nothing from him and think things will work out. Even with Jeff Green chipping in an efficient 16 points

If Gordon no shows the Rockets don't have enough firepower to get over the LeBron hump.

For a team that has been playing legit defense this entire bubble, they keep picking bad quarters to not show up on the defensive end and for me that's the story of this series. They have no answer for LeBron/AD and they keep running out of gas in the fourth. They don't fix those issues and this might not be a long series.

And that's it! You are now all caught up with everything that went down last night in the NBA. We're back with two more games today which I'm sure will be awesome, so let's have ourselves a Wednesday!