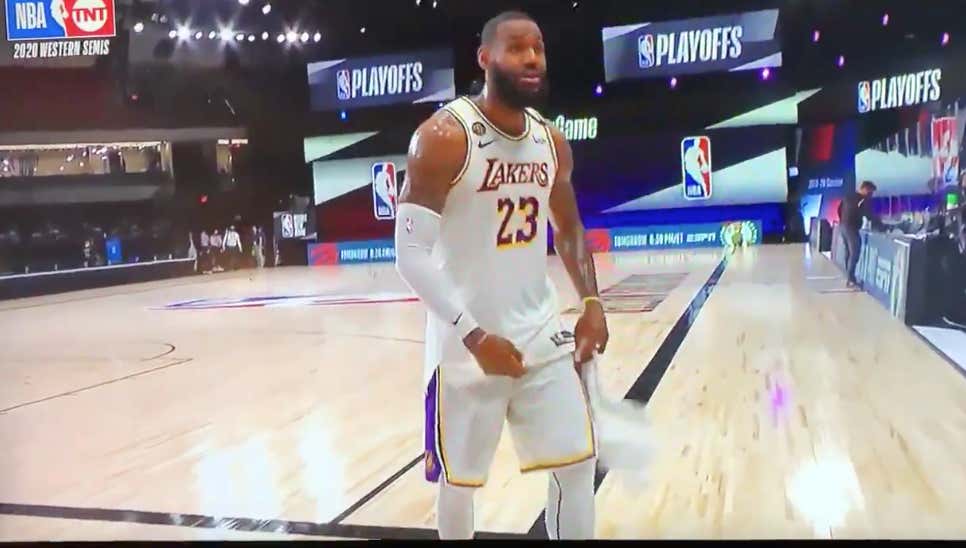 That face right there says it all. That's urine, baby. Just a little bit of whiz. Nothing too bad, it's not like he had to fill up a 64oz Gatorade bottle or anything like that. But a few dribbles out of the ol' spout during the game and luckily his jersey was tucked in to act like a diaper. Pee Goes In Toilet but sometimes when you piss excellence, you want to get a splash on yourself just for the extra boost.

And this is just another example of how LeBron James continues to learn from the greats before him. Even at the age of 35, LeBron James continues to be a student of the game. Now he's crossing over and emulating greats from other sports as well. This particular stunt is courtesy of none other than The Great One himself. Because if anybody knows a thing or two about whizzing your pants in the middle of a game, it's Wayne.

That's just what happens when your body is operating at peak efficiency. Think about how much energy you exert when you're holding it in. Not only is it physical energy but it's mental energy as well. You can't afford to waste any of that energy when you're one of the Greats. So you just go for it, get that quick sense of relief, and go back to kicking the shit out of your opponent.

A late great philosopher once said, "if peeing your pants is cool, consider me Miles Davis". LeBron might have been a little more rock n' roll last night than smooth jazz…

But you get the point.