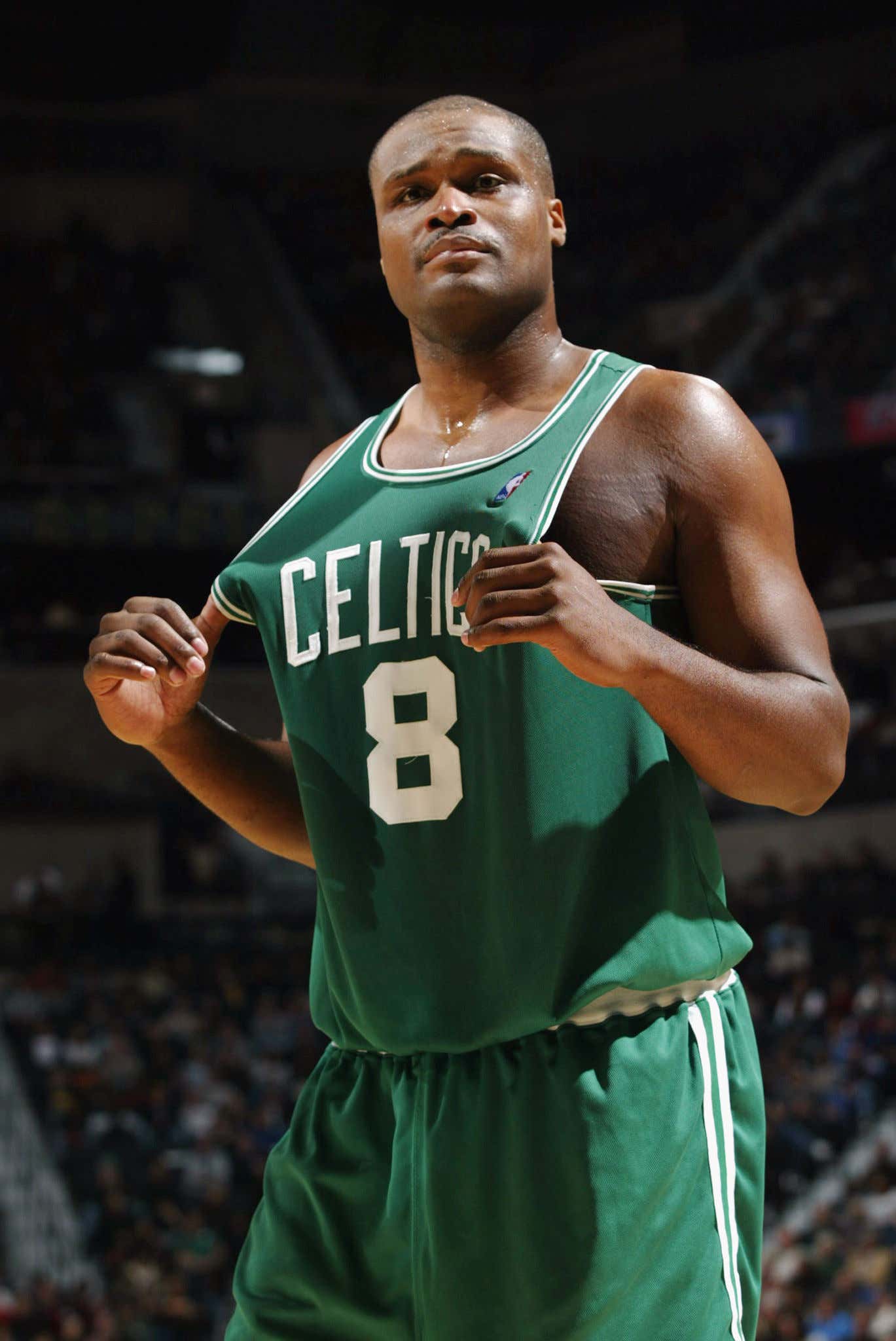 There may be a few guys who understand the experience of playing for a New England team better than Antoine Walker. But if such a club exists, it would take much time to take attendance.

Walker went through it all in his 7+ seasons in Boston. The highs and lows. The promise of coming to the Celtics with the sixth pick in 1996. The realization that came slowly to all of us, that Rick Pitino was a fraud and was running a once proud franchise into the ground. The selection of and then disastrous trade of Chauncey Billips in Walker's second season. The euphoria of adding Paul Pierce in his third. The deep playoff run in 2001-02. His departure and then return. Sort of a championship, he saw it all.

Which comes up today and is being brought up by me because Walker just gave this interview. Which, while almost entirely about basketball, touches on Cam Newton and how he'll be received in New England (cued up to the 6:30 mark):

“Honestly, it’s probably the team for him [Newton] to go to, and I’m gonna tell you why. New England is a sports town. They get it. They understand sports. They understand all of the nuances of the game. You don’t have to prove anything to them. Now, do they want you to perform at a high level? Yes, of course, but they will appreciate him and what he brings to the game. Let’s be honest, I’m not a football analyst, but I am a football and sports guy, they don’t have a lot around him. But with Cam running, scrambling to produce 5, 6, or 7 extra yards, they’re going to appreciate that.”

Precisely. I couldn't have said it better myself. Though I've spent July, August and the beginning of September trying to.

Yes, New England can be a tough place to play. But not for the reasons the other 44 states think. We're not pissed off all the time. We're not looking to find fault. And by no means are we rooting against our own, despite what the pitiful, socially inept virgins who have sports radio station call-in numbers saved to their contacts might make you believe.

Yes, we want you to perform at a high level. The bar has been set high around these parts, if you haven't noticed from the wall of banners at the airport, the statues of Red Auerbach and Bobby Orr, or the general way we can't shut up about Duckboats. And we care more than other towns, as evidenced by the waiting lists for tickets, despite the highest costs to go to games in the country. And, as 'Toine said, we know what we're talking about. Therefore when you do succeed, no one in the country backs you as fiercely and vociferously as we do. Ask anyone who calls Bill Belichick or the quarterback Newton is replacing a cheater. They'll tell you what we're like.

To me, Nomar Garciaparra said it best. I don't have the exact quote or who the source was on this. Just that he told a new teammate that all you have to do to win over Boston/NE is play hard, appreciate the fans, and act like you love what you do. That's it. Winning rings obviously helps. But Nomar's team didn't win until he was gone. And when he was traded I had two kids with drawers filled with his shirts and a mother in the last year of her life who was in love with him.

Cam Newton has a better chance to be just as appreciated here as anywhere else in the country. Especially given the void that he's trying to fill and what he brings to the table in terms of talent and personality. As far as the hard work part goes, he's been checking that box since the day he was signed.

But don't take my word for it. Take the word of a three-time NBA All Star who knows as well as anybody.